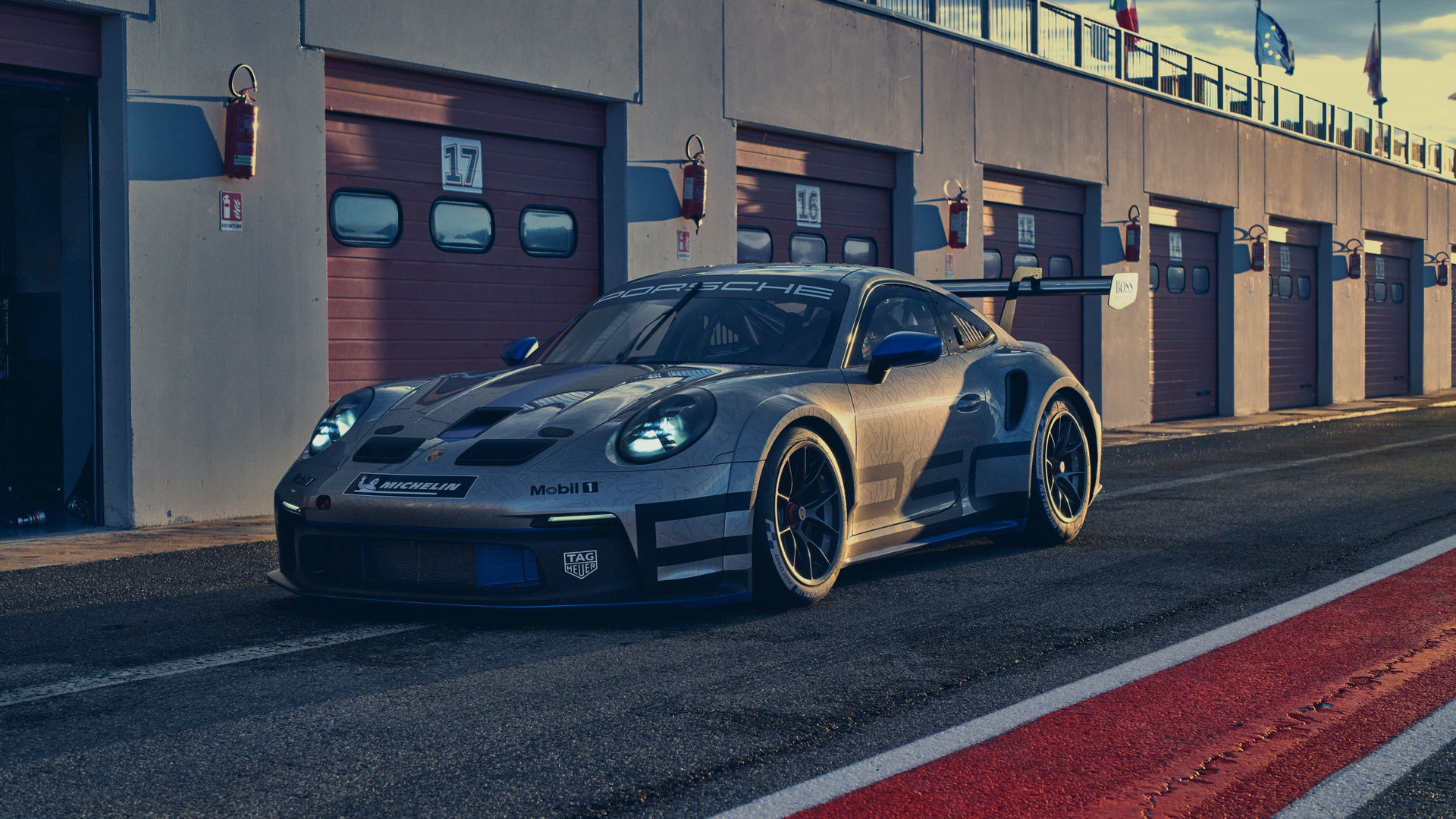 From the most recent report, the luxury carmaker Porsche has just launched its 911 GT3 Cup for the 2021 model year. The model is said to be inspired by the road-going 992-generation.

The creation of this racing masterpiece began in 2019. Excitedly, the car manufacturer has fitted the all-new 2021 911 GT3 Cup with its latest aerodynamic package for sport. This is the very first time a 911 Cup car will offer wide turbo-spec bodywork. As a result, the new model features an extra width of 28 mm over the older models.

The front end of the new model was gifted with extra width, as a result of the flared wheel arches, which are now present on the car. Porsche revealed that the new 911 GT3 Cup offers more downforce. This is possible from the new swan neck rear wing offering 11 adjustment stages.

Porsche made use of steel for almost 70% of entire bodywork of the 991.2-generation 911 GT3 Cup. The remaining part of this 911 GT3 Cup was made from aluminum. This is a bit different with the 992 model, which has 70% of aluminum and 30% of steel. The rear wing, door and hood are created from carbon-fiber reinforced plastic.

The all-new Porsche 911 GT3 Cup is powered by a naturally-aspirated flat-6 4.0-liter engine with a generative output of 510 horsepower at 8,400 rpm and 346 pound feet of torque at 6,150 rpm, revving through to 8,750 rpm. The engine is mated to a sequential 6-speed dog-type transmission with single-mass flywheel, a 3-plate sintered metal racing clutch and paddle shifter. The automaker has also made available 3 exhaust system types for different form of race series.

Michael Dreiser, who happens to be the Director Sales Porsche Motorsport, recently said:

“The 911 made history as the baseline model for the Carrera Cups and the Porsche Mobil 1 Supercup – no other racing car has found as many satisfied customers since 1990 as the 911,”

“The new 911 GT3 Cup now starts a new chapter,” Dreiser noted. “Our goal is to pass the 5,000 mark in production over the coming years. Like its ancestral lineage, this model will also assist a whole new generation of talented racing drivers on their path to professional motorsport and shape the face of our customer sport commitment around the world.”

All Cup cars will be delivered by Porsche Motorsport with full accessory kit. These will include wishbone spacers needed for adjusting tracks and other special tools. Customer teams will have the chance to order the parts at once. The new Porsche 911 GT3 Cup is expected to participate in the upcoming Porsche Mobil 1 Supercup and the national Porsche Carrera Cup series in Asia, France North America, Benelux and Germany.

Delivery of this new racing car is scheduled to begin next year by February.