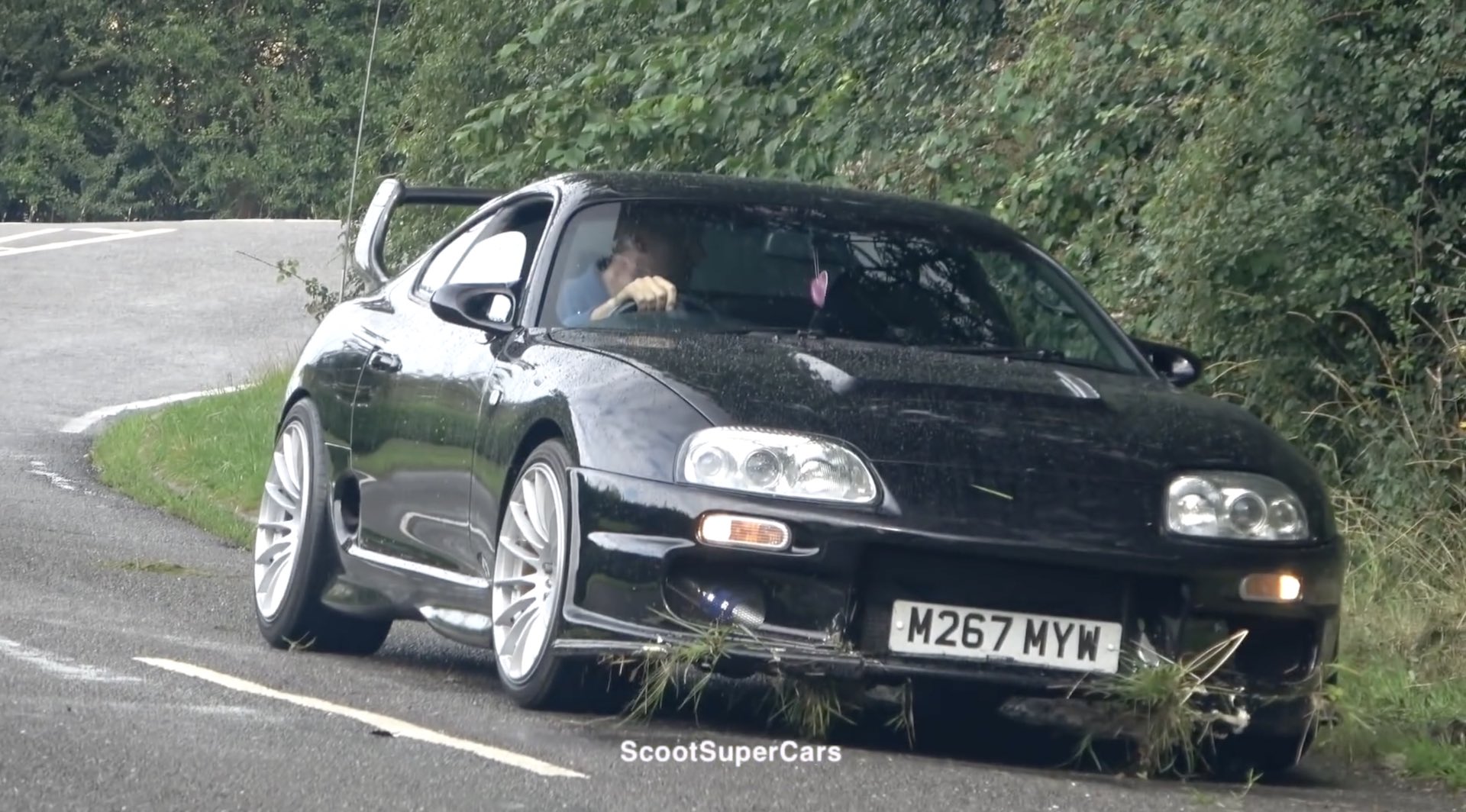 Thanks to their cult following, Toyota’s A80 Supras from the 1990s are now worth serious money.

So you might think A80 owners would be driving a little more carefully these days, rather than living out their Brian O’Conner fantasies at every opportunity. But you’d be wrong, as the driver of this British-registered black Supra shows

Leaving a UK car meet in typically miserable British weather, the driver finds himself faced with a bank of car spotters hoping to catch some video gold, including the Scoot Supercars YouTube channel. And he gives it to them.

Gunning his modified JDM Supra on the wet pavement he spins the rear tires up, and everything seems to be going well for the couple of seconds. The car fires forwards, wheels still spinning, revs flaring, but still in a straight line.

But the road appears bumpy and uneven, and as the Supra passes the camera it suddenly slews sideways, the nose diving hard right to towards the thick hedge at the side of the road.

Fortunately for the driver, there’s no sickening crunch to come. The Supra performs a 180 degree spin and appears to suffer no serious ill effects, though it looks like there might be some minor damage to the front bumper.

But now facing the wrong way, and with half a lawn’s worth of grass hanging from that bumper as evidence of his faux pas, he’s forced to endure a humiliating wait for other traffic to pass before he can perform a U-turn and escape with his twin-turbo tail between his legs.