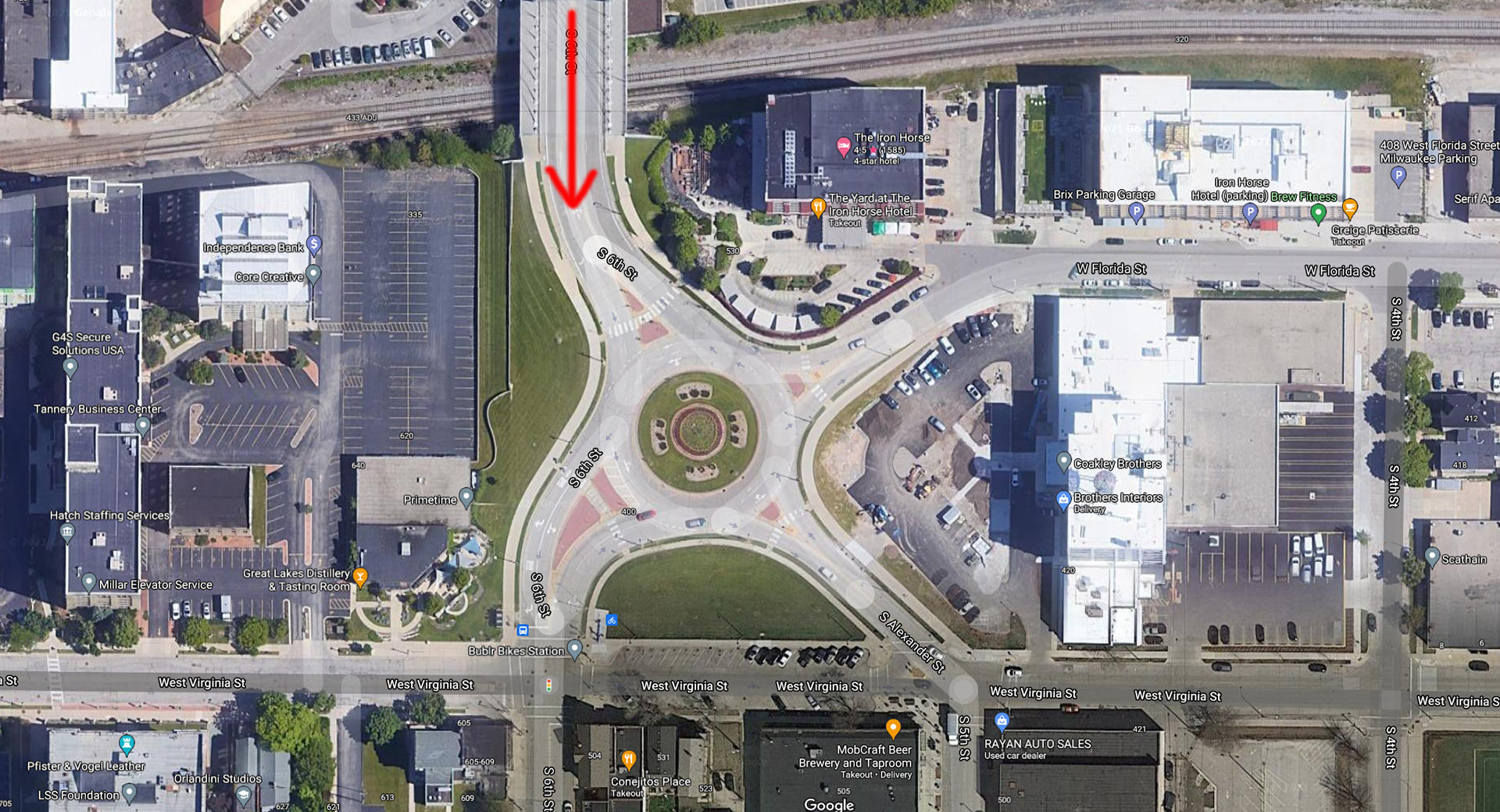 The speeding driver of a Dodge Charger in Milwaukee has been caught out by wet conditions in a dramatic crash caught on video.

In the clip, the headlights of the Charger can initially be seen cresting over a small rise in the road while heading towards the roundabout. The driver was clearly carrying way too much speed and as they entire the roundabout, they appear to hit the inside curb before bouncing off and careening straight on, bouncing up a grass embankment near the roundabout, smashing down a small tree, and then grinding to a halt.

A look at the timestamp on the video reveals that the incident happened at 2:10 a.m. on April 11. While the damage done to the Dodge appears to be comprehensive, the driver is lucky that the car didn’t slide into one of the many other cars parked nearby.

The roundabout in question is located in the Walter’s Point area of Milwaukee and is quite close to the Harley-Davidson Museum. It appears to have been constructed quite recently and replaced a complex and confusing intersection that was once there (pictured above).

Evidently, incidents at the roundabout are quite common as there is a whole YouTube channel dedicated to them. Many of the crashes involve motorists approaching the roundabout from the same direction as the Dodge Charger driver did and with far too much speed.

See also  Jeez! Ferrari 458 hoons out of a car wash and crashes