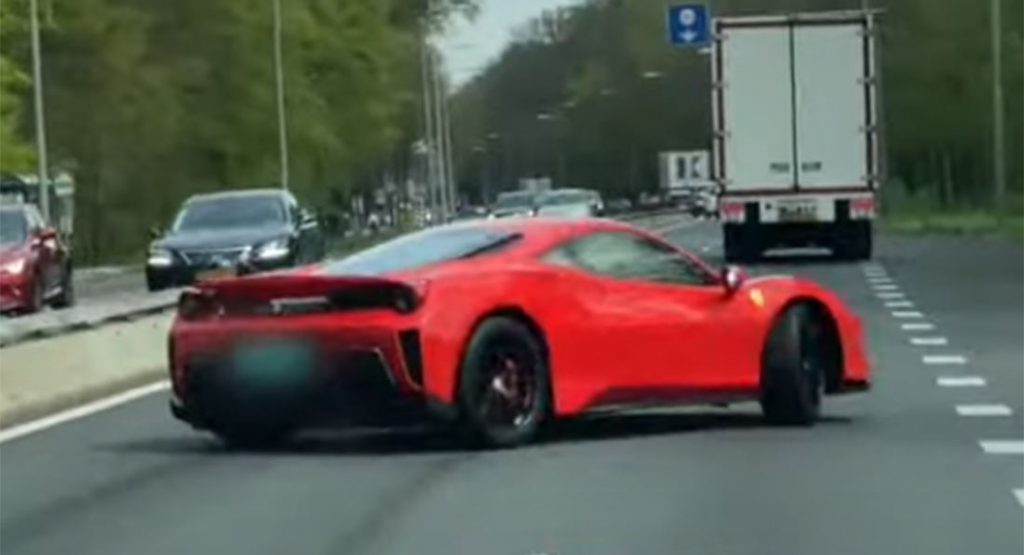 The number of Ferrari 488 Pista on the streets has been reduced by one with the recent crash in the Netherlands. Unfortunately for the driver, the crash was caught on tape.

This video posted to YouTube from user ‘mrexumas’ shows the hardcore Ferrari supercar driving along a two-lane road with a vehicle filming the driver from behind. Perhaps in an attempt to impress those in the car behind him or simply for their own enjoyment, the driver can be heard shifting down the gears and pinning the Ferrari’s throttle.

The 488 Pista has a 4.0-liter twin-turbocharged V8 pumping out 710 hp. That is a lot of power, especially if you’re an inexperienced driver. After hitting the throttle, the rear tires of the Ferrari immediately lose traction and the car begins to slide to the left. The driver is unable to balance the throttle and control the slide and instead overcorrects, sending the 488 to the right. It then slides up a curb, through a patch of grass, and slams into a steel fence on the side of the road.

Making things even worse is the fact that the car was apparently just a single day old at the time of the crash. We don’t have a complete idea of how much damage the car sustained in the crash but it inevitably suffered some significant wheel and suspension damage when jumping the curb while both the front and rear fascias also took some heavy hits.