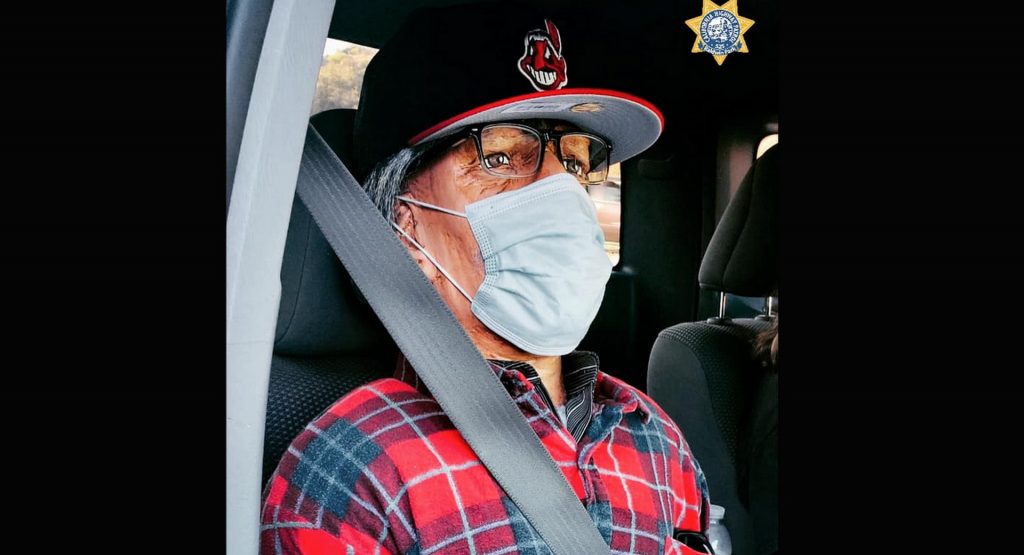 The California highway patrol revealed recently that they had nabbed a driver illegally plying the carpool lane with the assistance of the most realistic dummy they have come across in their lives.

The Toyota Tacoma was pulled over by Officer S. Sulinger after the vehicle was flagged by Officer Rodrigo Jimenez. Officer Jimenez revealed that when he saw the Toyota Tacoma with the tinted passenger window and the way the driver appeared after rolling down the window, he knew something was fishy.

From the images shared on Facebook by the CHP, it shows how realistic the dummy looks. The dummy was even wearing a Cleveland baseball cap and reading glasses. One could even spot facemask and wrinkles on his face. Ordinary person would have fallen for this trick.

Well, according to Officer Jimenez, the dummy’s quietness seemed awkward, and one of the reasons why he suspected the whole event. When they confronted the drive of the car, he revealed that he has been driving with the mannequin for more than a year now without being caught.

The officers revealed that the recent case wasn’t the only time such would happen but it was by far the most realistic dummy. Other cases were when people tried to use a smaller mannequin or blanket in a baby seat to sneak into the carpool lane.

“I thought I’d seen them all, but I guess not. This is something that’s straight out of the log ride at Knotts Berry Farm or Disneyland.”

The driver of this Toyota Tacoma is likely to face a minimum fine of $400 prior to his latest encounter on the road with the California Highway Patrol officer. The dummy on the other hand wasn’t seized. Such creativity would have been better used for something more less of a violation. All the same, well play!