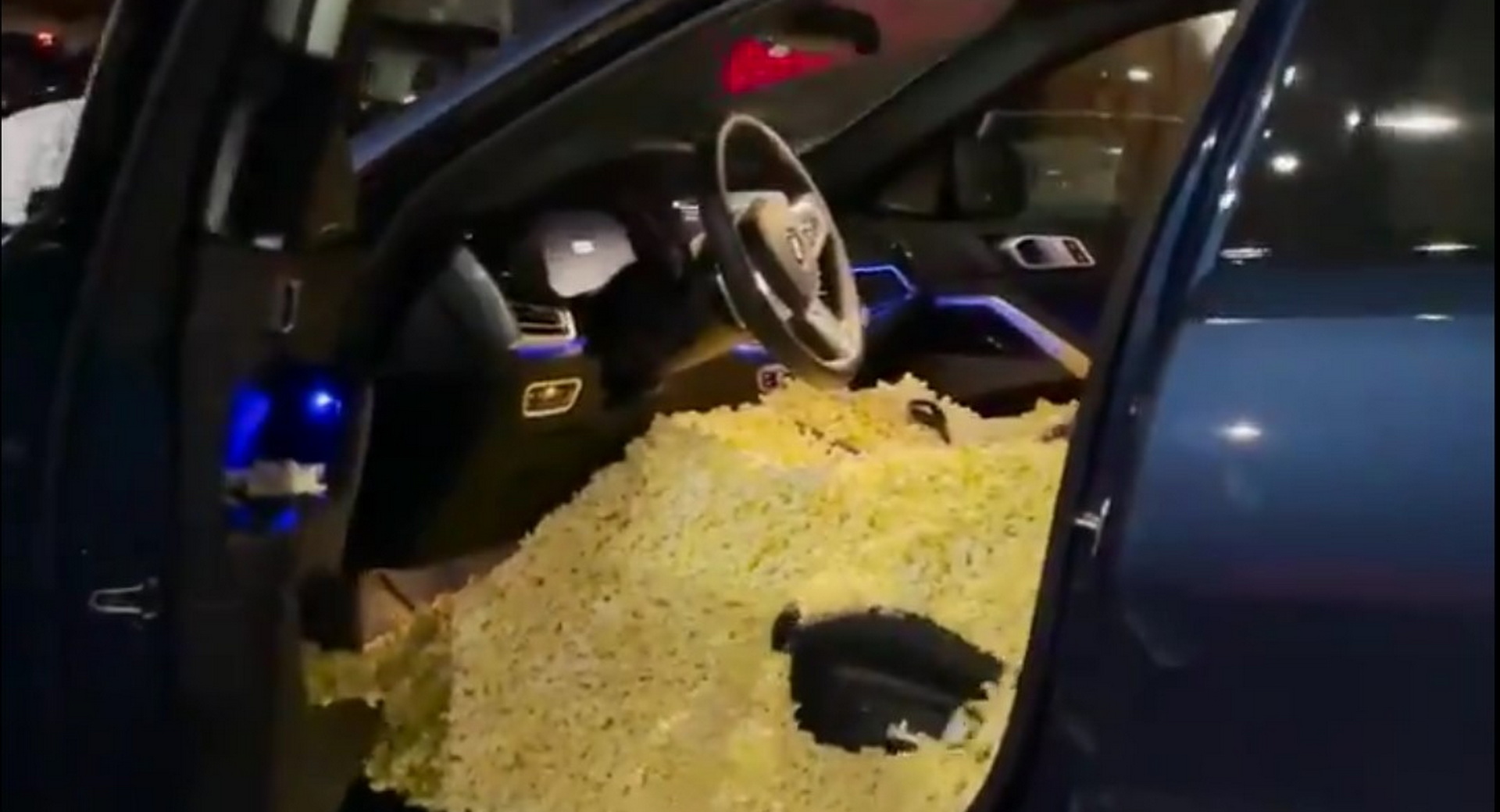 When you find your way into any NBA team as a rookie, it is always a true come true unless such team is the Indiana Pacers. Possibility of it becoming a nightmare is really high. If you doubt this, you may need to chat Cassius Stanley up for rookie advice.

A video was shared recently on Twitter, where the Pacers shooting guard discovered that his BMW X6 car was surrounded by his teammates after coming back from an away game on Monday morning in Memphis. To his utmost surprise, he was welcomed with lots of popcorn when he decided to open his car that was sitting in the parking lot.

The prank according to Malcolm Brogdon, who took and narrated the video, was a way of punishing Stanley for not fulfilling his rookie duties.

“We’ve got a rookie that’s not really listening. My man can jump out the gym, but he can’t get towels after games. He ain’t coming in on off days and working out.”

In case you are feeling sorry for Stanley, you should know that he wasn’t the only victim of such prank. Just at the beginning of last season, another rookie, Goga Bitadze, was served a similar medicine when he was spotted sampling the popcorn while commenting on its saltiness. Myles Turner, who happens to his teammate, complained that Bitadze didn’t listen or get towels in the video that was shared on Twitter. To punish him, his Audi A7 was filled with packing peanuts, much to his delights.

Think we know why the prank might not be liked as much by Stanley as Bitadze did, since packing peanuts will leave less butter on the leather seats in your brand new car than popcorn. Well, Goga’s prank was reported on NBA.com, to lighten up ur day.