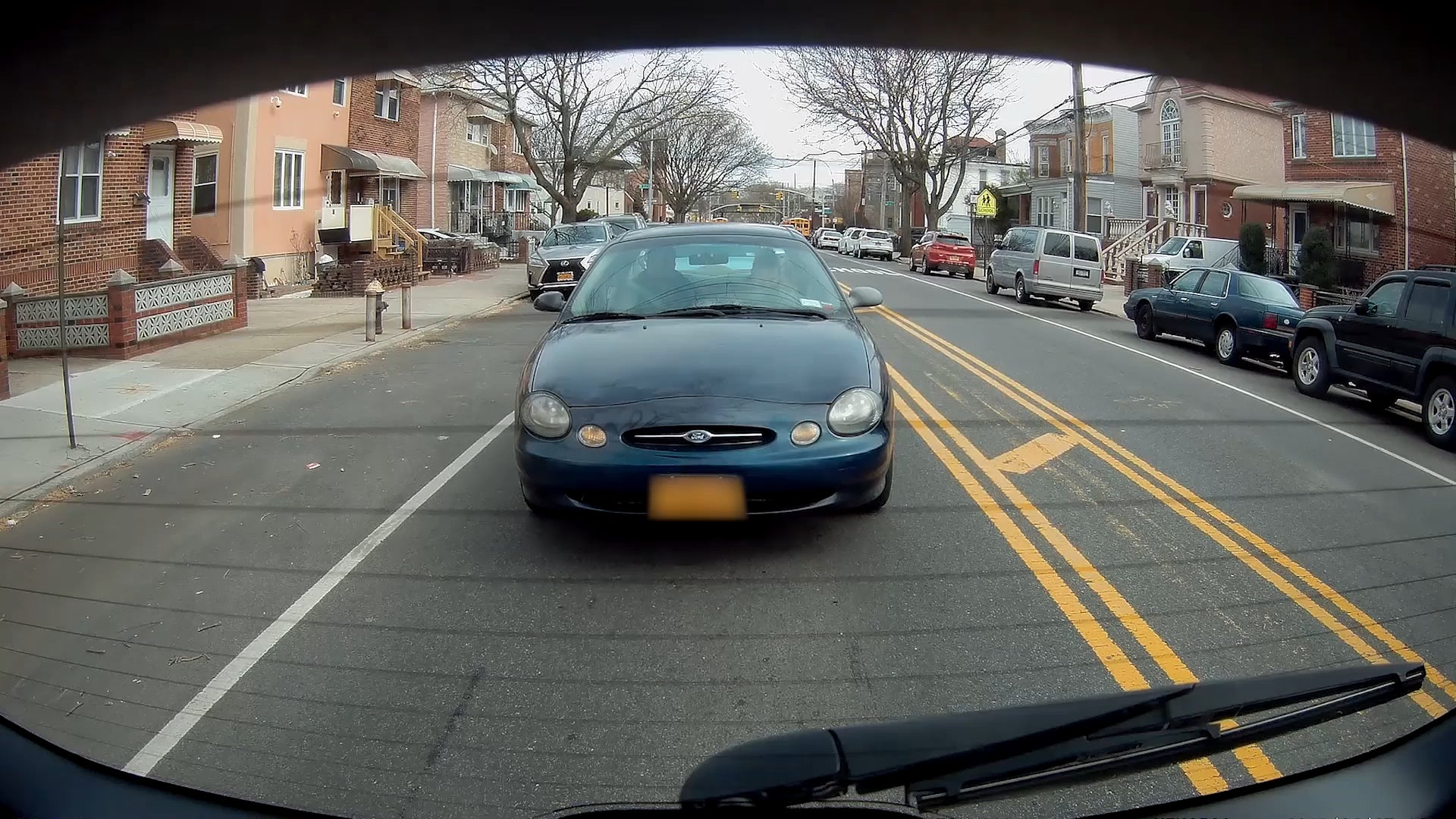 The driver of a BMW 5-Series in Poland recently discovered the hard way what can happen if you fail to stop at a pedestrian crossing.

The incident happened late last week in Krakow and was caught on dashcam. The footage shows the driver of a silver 5-Series approaching a pedestrian crossing but not hitting the brakes until a man stepped out into the crossing. Unfortunately for the driver of the BMW, a police officer saw the whole thing unfold.

While watching the video, you’ll notice that the man crossing the road quickly glances to the left and to the right, and then begins to cross, obviously presuming that the cars around him would brake. However, the BMW traveled halfway through the crossing before the driver hit the brakes, sending the pedestrian stumbling backward to avoid being hit. He eventually falls to the ground while the BMW driver continues on their way.

On the opposite side of the road was a police VW van and shortly after checking that the pedestrian wasn’t injured, the officer flicked on the VW’s lights and quickly did a U-turn in pursuit of the BMW.

The video cuts out before we get to see the police catch up with the BMW driver but we hope they didn’t go easy on them as they came within milliseconds of hitting the pedestrian and potentially injuring him quite badly.