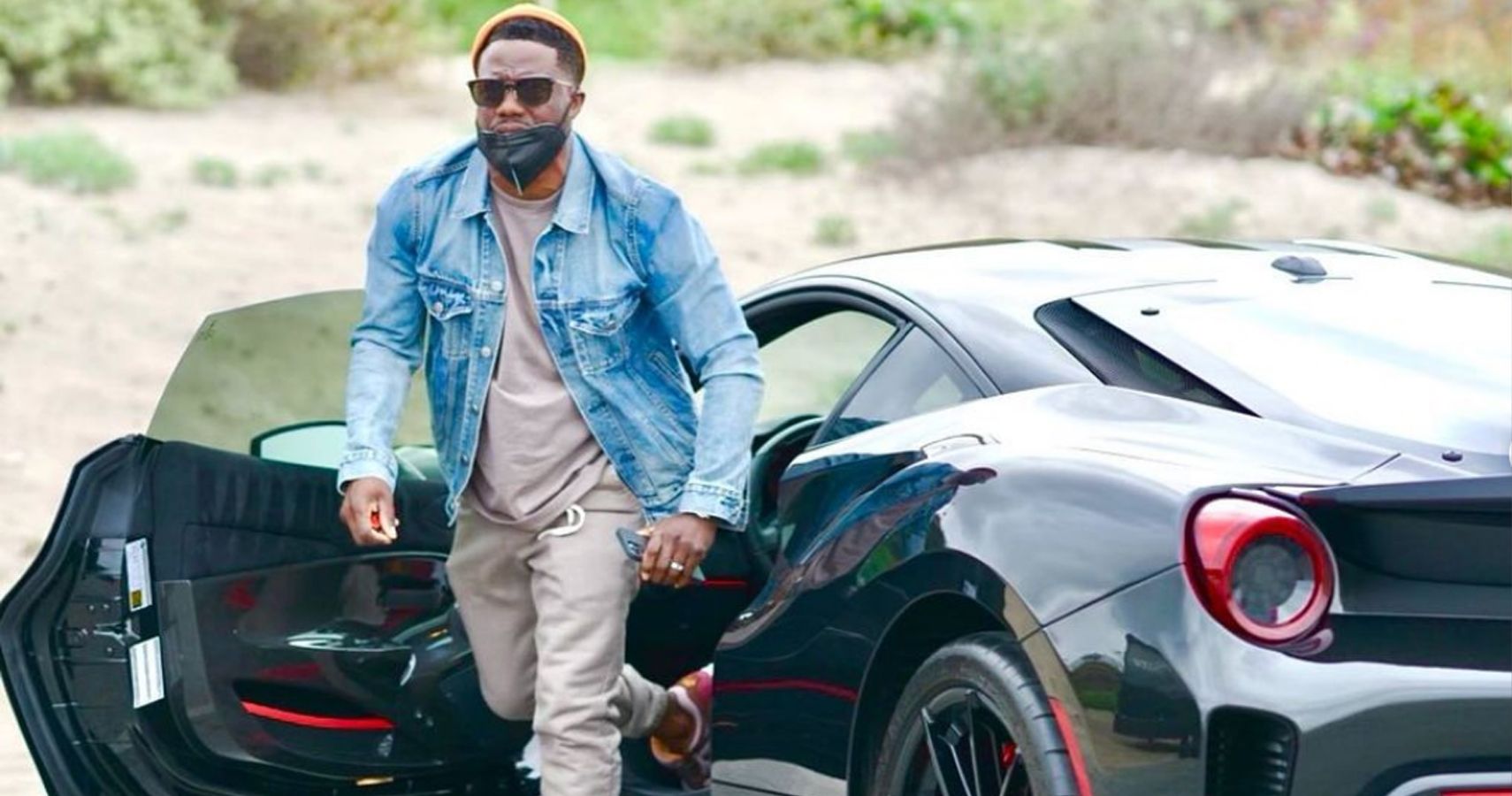 Most people know Kelvin Hart as that funny guy that keeps us glued to the TV while cracking our ribs up. The truth is: you have always been right about that. Kelvin Hart is unarguably one of the funniest guys around.

Not just that, he is also one of the richest comedians in the world right now. At least he will be in the list of top 20 richest comedians. That means he has more than enough money to throw around on cars. Luckily, he is a car enthusiast with a big pocket to fulfill his fantasy. Kelvin Hart net worth as at 2021 is currently put at $200 million.

He has quite an interesting car collection so to say. But he isn’t ready to back down just yet, as he went on his Instagram account to show off his newly acquired Italian beauty, a Ferrari 488 Pista. On his social media account, Kelvin Hart shared two pictures of him stepping out of this Ferrari 488 Pista, which seems to be the latest baby in his garage.

His Ferrari 488 Pista comes with a V8 3.9-liter turbocharged engine, generating an output of 711 horsepower and 568 pound feet of torque. It can sprint from zero to 60mph in an impressive 2.85 secs. The Italian supercar offers a top speed of 211 mph. If you must ask us, that’s quite an insanely fast car to drive.

Others cars in Kelvin Hart’s collection

With this latest addition, the Ferrari 488 Pista will be joining the likes of Hellraiser Charger, custom Bronco, 488 Spider, Mercedes-Benz AMG SLS Black Edition, Ford Mustang GT500E and the Plymouth Barracuda he reportedly had a life threatening road crash in.

He also owns other powerful models such as 1965 Mustang convertible, Pontiac GTO, Chevrolet Camaro SS, GMC Yukon XL Denali, Ford Explorer and a Range Rover SUV. One thing we can say about his choice of cars is that he likes them all as long as they are fast and powerful.