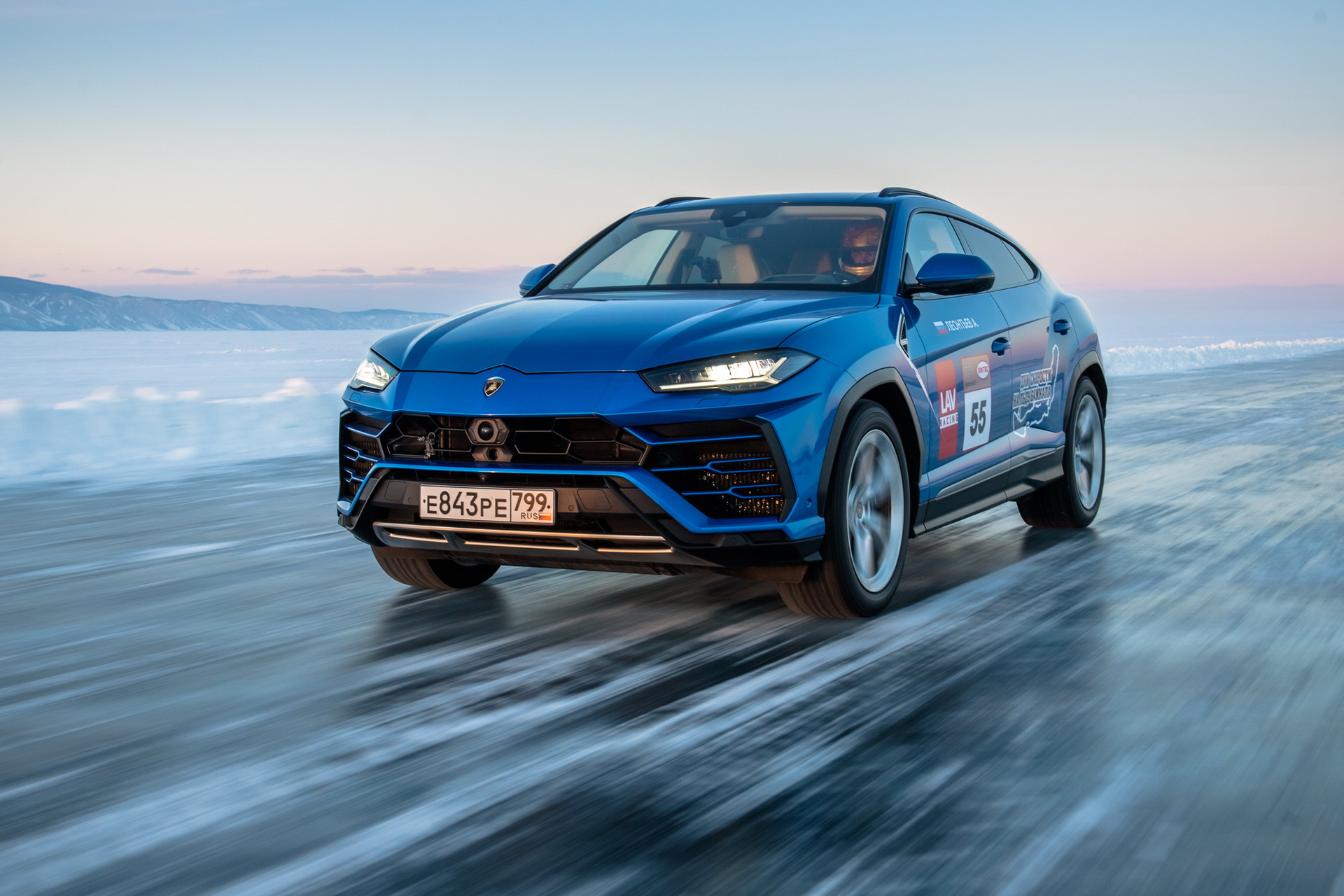 If you had any doubt about the potency of Lamborghini Urus, this new report will reassure you why there is so much noise hovering around this luxury SUV. From what we learnt, the Lamborghini Urus took the Lake Baikal in Russia’s Southern Siberia by storm as it set its new top speed record on ice. The location is considered the deepest lake and largest fresh water on the planet.

This feat was recorded during an event set up by the LAV-racing company titled ‘Days of Speed’, which happened between the 10th and 13th of March. The Lamborghini Urus Super SUV was able to create a milestone of 185 mph, which toppled the previous speed record set during the practical runs.

Andrey Leontyev, who happens to be 18-time record holder at the event, was the one that took the steering wheel. He was able to set a 0.62-mile record from the standing start, with an average speed of 71 miles per hour.

According to the Italian carmaker, the official data will be released this April as recorded by the FIA and Russian Automobile Federation (RAF). They couldn’t hide their excitement with the newly set record that made them release it to the public.

Konstantin Sychev, who is the Chief of Eastern Europe and CIS at Lamborghini, said:

“This extreme challenge has once again proven that the Urus Super SUV delivers the inherent performance expected of a Lamborghini in terms of acceleration and top speed as well as handling, to unlock any road: be it a highway, off-road route or even ice. We are excited to see the Urus’ official results published.”

If you take the Lamborghini Urus onto the flat tarmac instead of Ice, it should be able to easily sprint from zero to 62 mph in an impressive 3.6 secs, and a top speed of 190 mph. The Urus super SUV is powered by a V8 twin-turbo 4.0-liter engine with a generative output of 641 horsepower and 627 pound feet of torque at 2,250 rpm.