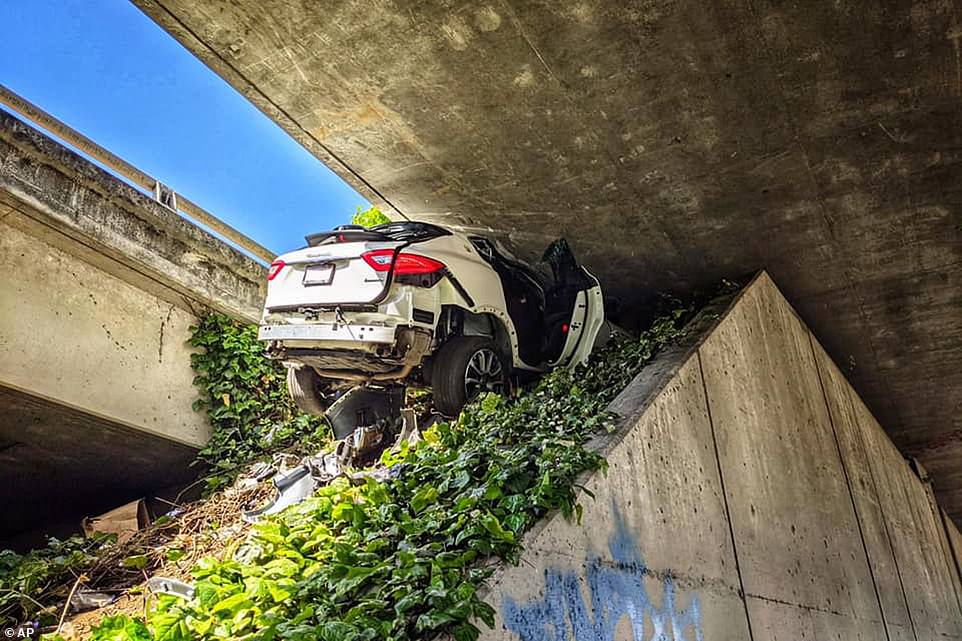 This Maserati Levante driver has to be very fortunate to have survived this nerve wracking crash from a hot police pursuit. The images of the crash were shared online recently by the California Highway Patrol’s Oakland office, where a White Levante crashed into the underside of a highway in Los Angeles.

From report, the 32 year-old male driver of the Levante refused to yield to a traffic stop by an officer on the 580 westbound and accelerated to more than 100 mph. As a result, this led to a hot police chase before he exited the freeway at West Street and drove right up an embankment, striking the underside of the freeway and getting wedged there.

“It was a short-lived pursuit. He didn’t make it far before he exited and as soon as he exited, instead of going straight, he veered left, went off the ramp and then went up the embankment and collided with the underside of the freeway.”

From what we learnt, it was reported by the California Highway Patrol that the male driver was taken to a nearby hospital after complaining of being in serious pain. However, the authorities confirmed that he is set to face charges for reckless evading.

“It’s unbelievable that he didn’t die. It’s crazy that he lived.”

From the images, it is obvious that the Maserati Levante suffered massive damages. We doubt if it can be redeemed. The most obvious suggestion would be to take it straight to junkyard. Considering that the edge of the freeway underpass wedged into the roof of the white Levante, it would have been more catastrophic if the SUV had been a few inches to the left or right side of the underside. The outcome would have been severe head injuries and probably death.