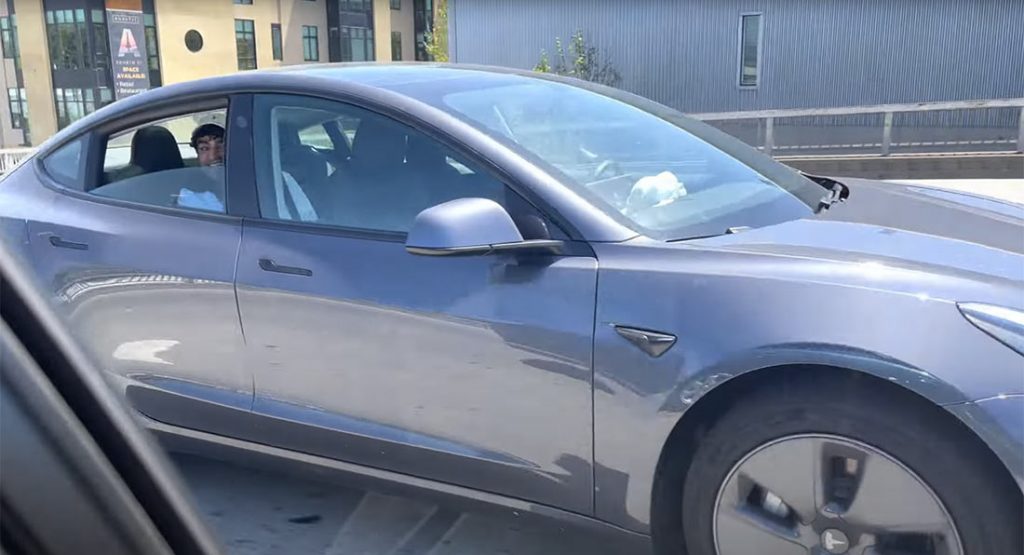 The driver in question, identified as one 25-year-old Param Sharma, was charged with reckless driving and disobeying a police officer last Monday after multiple 911 distress calls were made about an individual sitting in the rear of a Tesla with no one in the driver’s seat. The EV was moving on Interstate 80 across the San Francisco-Oakland Bay Bridge.

The EV was spotted by the California Highway Patrol and pulled it over immediately. It was noted that Sharma was seen climbing from the backseat into the driver’s seat. Sharma was charged and the Tesla Model 3 was towed from the scene as part of the investigation.

Sharma has been previously cited for similar behavior on the 27th of April this year and after footage of him sitting in the back seat of the Model 3 hit YouTube last week; local authorities confirmed they were investigating the case.

The 25 year-old became popular in 2014 on Instagram after posting photos of himself posing with expensive cars, jewelry and cash. In the same year, he was handed a ninety-day sentence for selling a stolen iPhone on Craigslist. That did not deter him as Sharma continues to post on Instagram and just a couple of days ago, even posted a video of himself riding in the back of the Model 3 while reading a news article about himself and his reckless stunts. He can be seen resting his foot on the steering wheel so the Autopilot thinks there is someone in the driver’s seat.