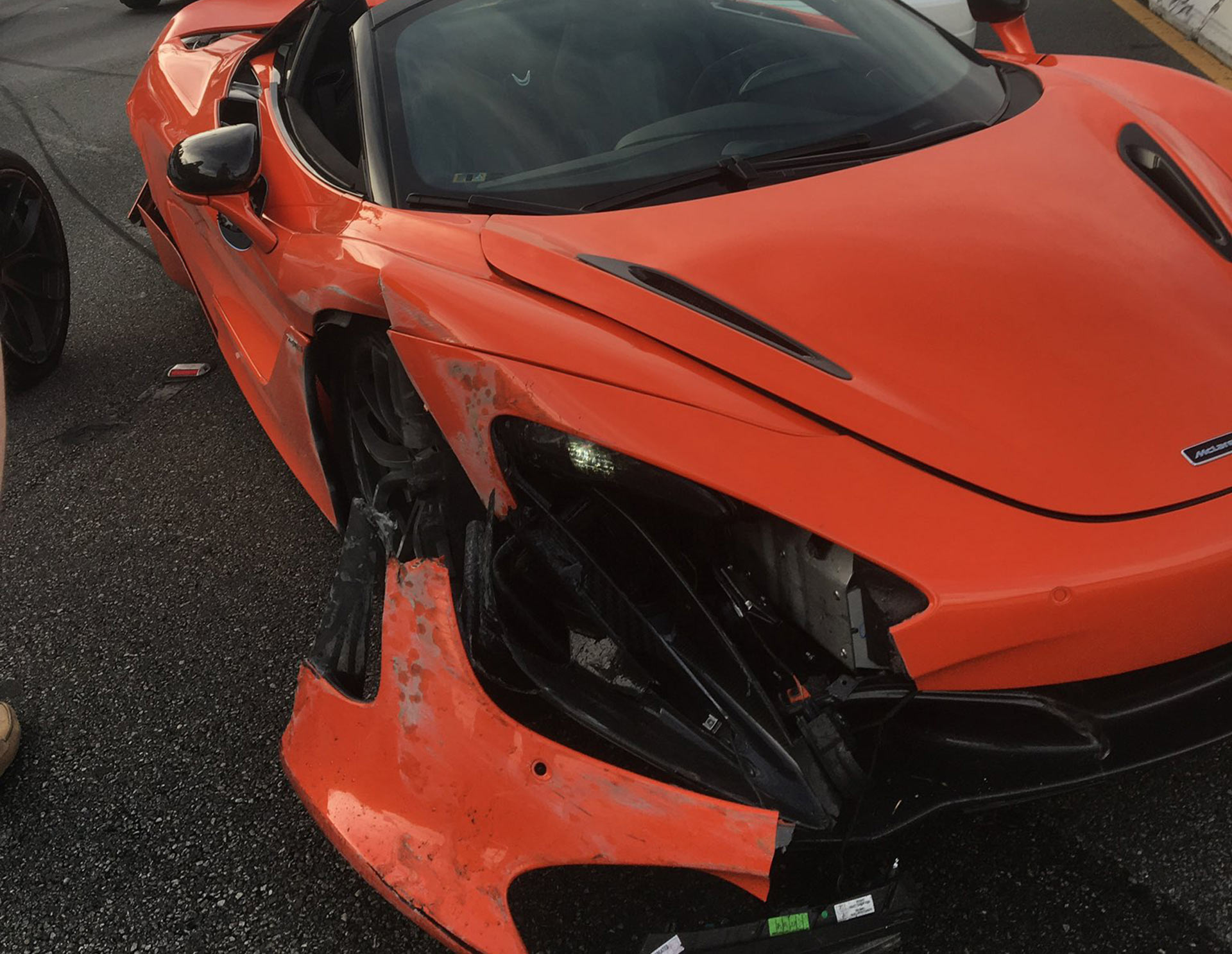 The question is: why would you take a rental car out for racing? That was exactly what happened in California recently when a rental McLaren 720S was wrecked earlier this week.

The California Highway Patrol posted the image of this crash on Twitter, where they ended up captioning it with a tweet mocking the incident.

“When you rent a McLaren 570 & decide to race a Lamborghini on the US-101 and crash! Next time you should consider getting the rental insurance! Luckily no one was seriously injured,”

We are not sure yet how the crash happened, involving a black Lamborghini Huracan Spyder. The most possible reason we could come up with so far is that maybe the driver didn’t have a good grasp of a car as powerful as McLaren 720S. The McLaren 720S is a potent ride with a fitted V8 twin-turbocharged 4.0-liter engine with a generative output of 710 horsepower. It looks like this particular model might even have more than the standard powertrain output.

We could decipher that the McLaren supercar hit the concrete crash barriers many times as we could see lots of damages on its front and rear. The back of the car suffered most damages, where the hub and wheel are totally torn from the supercar.

If the tweet of the highway patrol is found to be true about the driver not paying extra for insurance, he will find himself in a serious financial trouble. Hopefully, he should pray that the damages are not beyond repair.