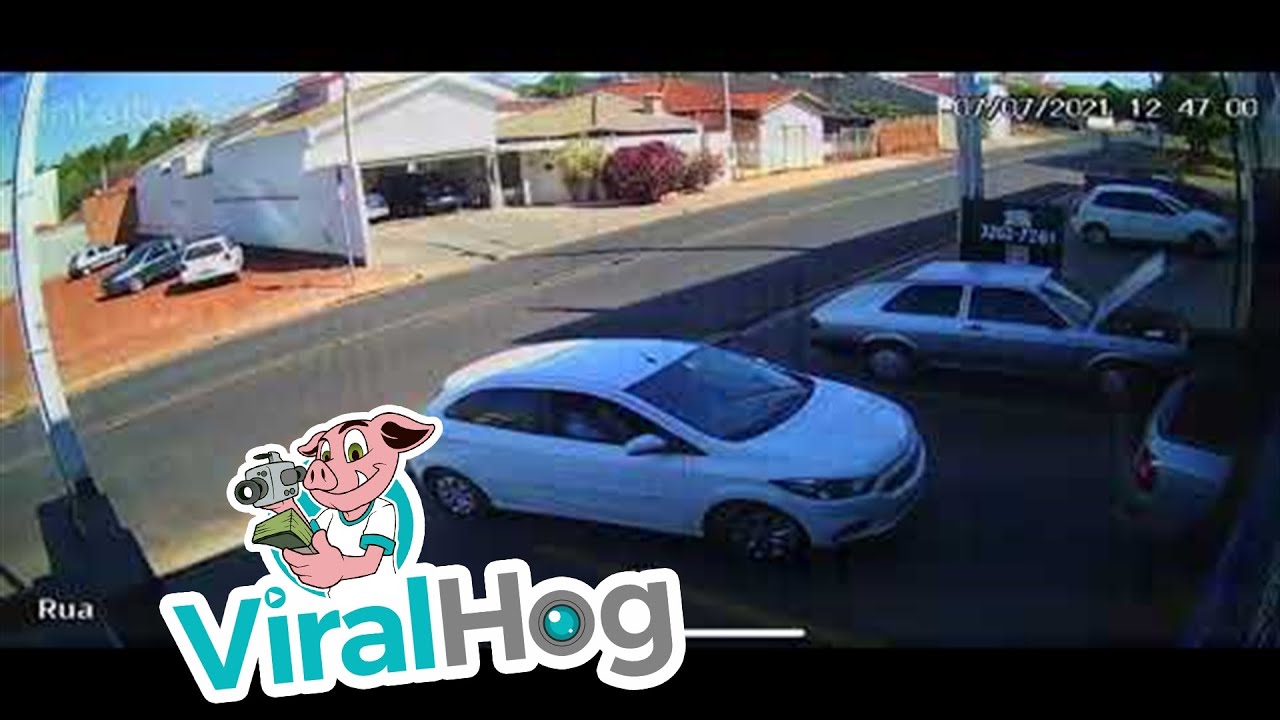 A security camera has captured the moment that two cars reversed into each other in Itapolis, Sao Paulo, Brazil in a scene that you wouldn’t believe was possible if it wasn’t recorded on video.

The footage was filmed outside an automotive repair center and shows the driver of a white Chevrolet Onix reversing out onto the road. At the same time, the driver of silver Honda Civic in a house across the street also reverses out, looking to head off in the other direction. It is a frankly hilarious scene and ends with the two slamming into each other.

Evidently, the two drivers failed to notice each other – but it’s a funny incident anyway, especially since it occurred at very low speed and no one was hurt.

It is hard to determine how much damage was done to the Onix as its rear end isn’t visible in the video. However, we can see that some serious damage has been done to the rear end of the Civic with its bumper and tailgate being crushed.

Fortunately, the collision happened right outside the repair center so the drivers won’t have to go very far to have their cars fixed.