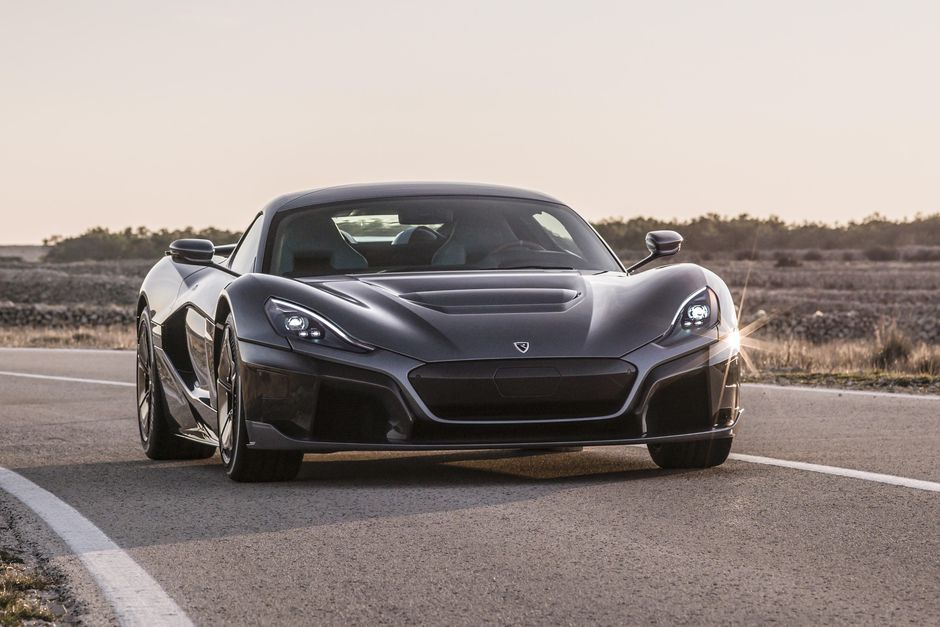 The Rimac C_Two is about to give other supercars in existence a big run for their money. Just recently, the high performance car was seen on the streets of Zagreb in Croatia.

The C-Two hybrid hypercar was launched at the Geneva Motor Show in 2018 as a prototype from the Croatian carmaker. While most of the astonishing models revealed by Rimac were painted in silver and white colours, the C_Two caught many eyes due to its distinct blue paint. The presence of gloss carbon fiber accents across the side panels, front bumper, rear end and a set of matte black wheels made the car stand out more.

When the C_Two eventually gets to the market, it is expected to feature a 120 kWh battery park and 4 electric motors producing an output of 1,888 horsepower. The hybrid hypercar will be able to sprint from zero to 60 mph in a remarkable 1.85 secs and a peak speed of 258 mph. The automaker is also promising us that the hypercar will be able to reach 402 miles on a single charge.

The Rimac C_Two will be equipped with very hardware required for Level 4 autonomy. The carmaker will also offer a quick charger to charge the battery to 80% in less than thirty minutes.