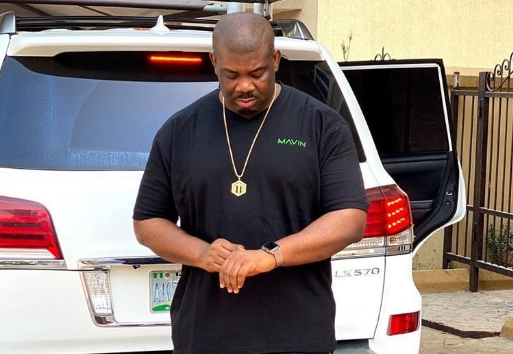 Talking of a perfect gentleman and a celebrity, you wouldn’t go far before you mention Don Jazzy. He is unarguably one of the most loved public figures in Nigeria. He is known for his humility, sense of humor and music ingenuity. His eyes for talents is impeccable, so his choice of cars. Don Jazzy’s garage is an embodiment of luxury, power and comfort.

Who is Don Jazzy?

The Ajegunle-raised Michael Collins Ajereh is a Nigerian award-winning record producer, singer, songwriter and a businessman.  Born on the 26th of November, 1982, Don Jazzy co-founded Mo’ Hits Record, the defunct label. He later went on to set up his own record label – Marvin Records in 2012. Don Jazzy has been associated with popular acts such as D’Banj, D’Prince, Dr SID, Ikechukwu, Reekado Banks, Tiwa Savage, Johnny Drille, Di’Ja, Rema and Ladipoe.

Don Jazzy net worth is estimated at $10 million, enough to buy some of the most luxury cars on the planet.

Luxury cars you will find in Don Jazzy garage

Like many celebrities all around the world, Don Jazzy is a big fan of beautiful as well as exotic cars. From what we learnt, there are over 3 luxury cars in Don Jazzy’s garage. He is obviously not scared to showoff these luxury cars on his social media accounts. Don Jazzy isn’t about music and his lifelong celebrity crush Rihanna after all.

See also  Harry Kane net worth vs. Lewandowski net worth

You know a man has high taste for car when he drives a Bentley model. Well, such is the case for Don Jazzy who has the Continental Flying Spur in his garage. This particular model is reported to worth around ₦25 million.

The Lexus LX570 is one model we believe the don himself is fond of. It is the 3rd-generation full-size Sport Utility Vehicle (SUV) from the LX line-up. His Lexus LX570 was built on the platform of Toyota Land Cruiser SUV.

This ₦12m Toyota Prado SUV is one of the Japanese-owned brands you will find in Don Jazzy’s garage.

Photos of other luxury cars in Don Jazzy’s garage

Don Jazzy has been spotted with other luxury cars such as Porsche 911 Carrera, Mercedes G-Wagon, Cadillac Escalade SUV and Range Rover Sport SUV.

In case you are done with his car collection, there are still some other celebrities’ car collections you would love to see here.