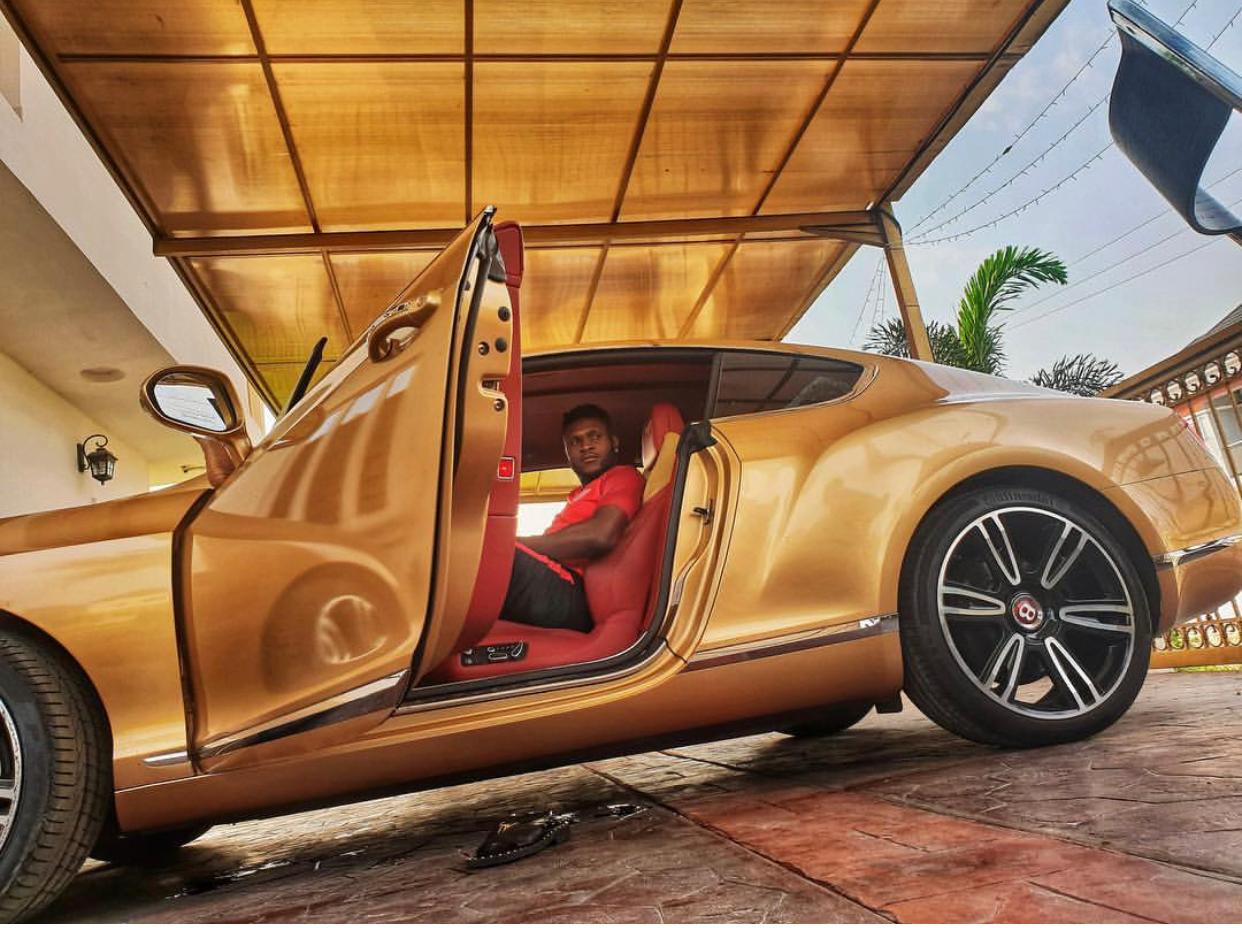 From the latest gist in town, Aaron Samuel, a striker for the Nigeria’s Super Eagles just flaunted his Bentley continental GT (gold-painted). The footballer dazzled his Instagram followers with his ₦50m luxury car recently.

Looking at the picture, we noticed Samuel had already given his Bentley car a customized plate “Aaron 99”. We also learnt that the Bentley Continental GT he bought is for the 2014 model year, fitted with W12 6.0-liter engine with an output of 567 horsepower. The all-wheel drive Bentley car is mated to 8-speed automatic transmission.

Aaron Samuel hailed from Rivers State in Nigeria, and is currently playing for Changchun Yatai, a club in China League One. According to report, he became a member of the team via loan from Sichuan Longfor, a second division clubside. So far, Aaron Samuel has seven appearances for the Super Eagles with two goals to his name.

He is a big fan of luxury cars as he gifted himself an expensive Mercedes G-Wagon car recently after a remarkable season performance.