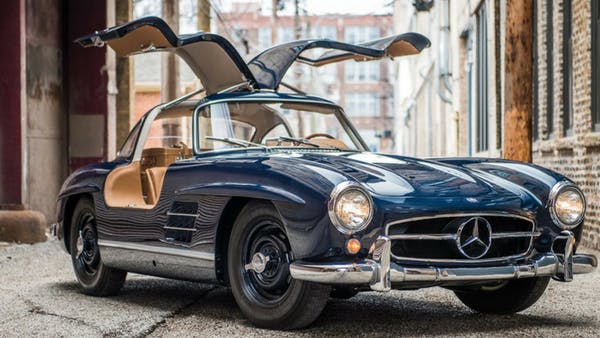 A lot of people are used to particular types of car doors, especially the conventional types. What many do not know is that there are up nine different car doors fitted on different cars. While some are placed on average or regular cars, some are meant for luxury cars. Here on Cars9ja are the 09 different car doors you should know.

These types of doors are also known as conventional doors. They are usually hinged at the door’s front-facing edge, allowing it to outwardly swing from the body. Overtime, these doors are certified to be very safe especially when they are opened while the car is on motion or moving at high speed. The regular doors will force themselves to close while moving at full speed regardless of the resistance of the wind. Examples of cars using this type of door include Mercedes-Benz CLS, Toyota Land Cruiser SUV, Honda Accord and so many others.

Just as the name implies, it obviously looks like the way butterfly spreads its wings. This type of door permits outward and upward movement of the doors. Like some other door systems, this type influences the extent of the room on the inside, but not necessarily of great impact. For some cars, they may use this butterfly door with the help of a modified system. Examples of car models using this type of door system include McLaren F1, Saleen S7 and Ferrari Enzo Ferrari.

This type of door system is a bit similar to butterfly doors in theory and practicality. The major difference is that: suicide doors usually open from opposite direction, while being hinged from the door’s rear end. The purpose and reason behind the name is due to the idea behind its design in the first place. According to the design, anyone who attempts to enter or exit the car when the door collides with a passing car, it may inflict such person with serious injury. Also, when the car is moving and the latch is being released, there is possibility for such door to fly open. Examples of cars with this type of door include Rolls Royce Wraith, Mazda RX-8, Opel Meriva and Spyker D12.

This type of door system isn’t that common. When you take a look at the wings of seagulls, you will really understand the concept and inspiration behind this car door design. Gull-wing doors usually open upwards, while being hinged to the roof. This gives the car quite a unique and intimidating look. It comes handy in a tight parking space and densely populated cities. While many people may not have the opportunity to see such models with gull-wing doors in their lifetime, some do wakeup with it every day. Examples of such cars include Gumpert Apollo, Mercedes-Benz SLS AMG, Pagani Huayra and few others.

See also  Top accredited auto shops in the US

This type of door system may look a bit different but the idea behind it is quite simple. The scissors doors are hinged onto the front of the door, while going upward in vertical way. So, do not expect outward rotation common with many door types. Just like the gull-wing doors, the scissors door is quite efficient in limited parking space. Most cars with this door system are quite very expensive. Cars such as Bugatti EB 110, Lamborghini Aventador and Spyker C8 use the scissor car doors.

Just like the regular canopy, this type of door sits right at the top of the car. The canopy door usually lifts itself up when giving access to people to enter. It is a very rare type of door system with other names such as cockpit canopy, bubble canopy, canopy or articulated canopy. Models with canopy door system include Sterling Nova and Saab Aero-X.

The dihedral doors usually open from its hinge at a rotational angle of 90 degree. Just few models have this type of door system. Examples of models with this type of doors include Koenigsegg Regera, Agera and Agera R.

The swan car doors might look like regular doors until you open it. They open outwardly like suicide car or conventional car. Another difference is that the swan door slightly hinges upward to ensure remarkable ground clearance. Aston Martin DB9 and CC100 Speedster are examples of models with this type of door system.

Which one of these car door types is your favourite?

>>> Stay tuned for more informative auto news and car tips like this.