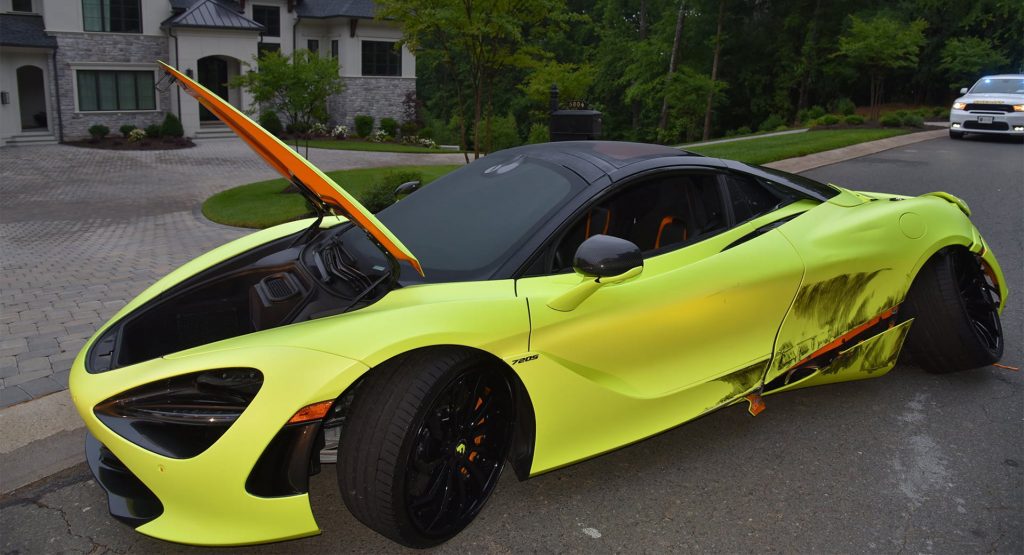 In a shocking twist of events, a McLaren 720S owned by former NFL player Thomas Davis Sr. was severely wrecked after it was stolen from his residence. These two idiots might have bitten than what they can chew.

According to the authorities, the incident took place on Tuesday morning, where the suspected car thieves were caught on security cameras rummaging through several vehicles in the driveway before accessing the parked McLaren 720S.

The attention of the police was drawn to the scene, who reportedly arrived around 5.25am on Tuesday. Davis and his wife told the cops that a neighbor informed them of a wrecked McLaren nearby. Upon hearing this, the couple was on their way to their supercar where they found other unlocked vehicles in their driveway vandalized by these suspects.

When the suspects were able to gain entry into the McLaren, they fled the residence and were driving down Providence Road when they crashed the supercar. The authorities believe that the 720S might have crashed into a getaway car used in the theft as well.

Thomas Davis shared some of the pictures on social media, showing a McLaren 720S wrapped in bright green on gloss black Forgiato wheels. There have been severe damages to the rear quarter panel and driver’s side door. Also, the suspension has been seriously damaged and one of the rear wheels knocked off.

The former NFL player is offering a cash reward to anyone who can help identify those thieves that invaded his home. He wrote on his Instagram:

“If any of you recognize either one of these idiots that decided it was good idea to come into my home and go through all of my cars and even steal and wreck my McLaren. I’m offering a cash reward for anyone that can help identify who these guys are!”