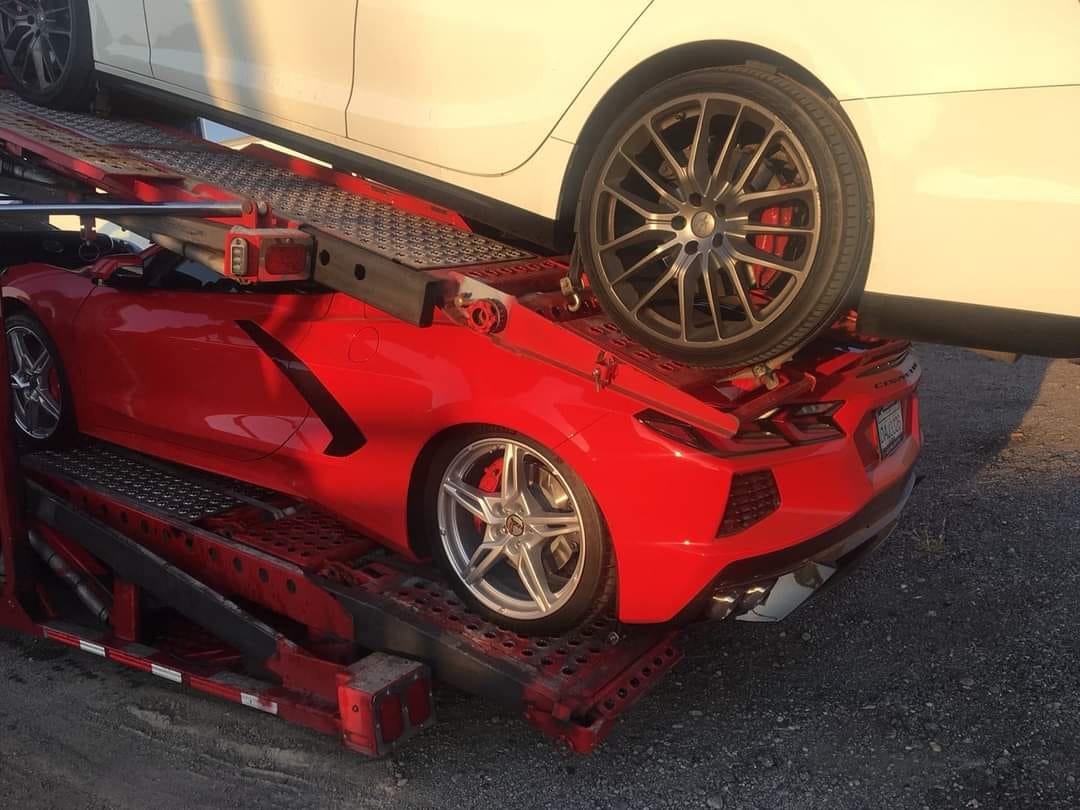 It must have been a very sad day for the owner of a red C8 Corvette after the car was damaged while being transported.

This image was recently shared to the Custom Corvettes page on Facebook and shows a C8 ‘Vette on the back of a car transporter truck. Sadly, it has been crushed, seemingly due to an issue with the truck.

Further details about the incident aren’t known. The Corvette appears to be a used example but it isn’t clear if it was on the way to a new owner or if the owner was simply transporting it somewhere. Whatever the case may be, repairing the sports car will not be cheap – if the car isn’t deemed a write-off, that is.

This isn’t the first time a Corvette has been involved in a particularly unfortunate incident. Back in March, a bright blue example was destroyed after being dropped from a two-post car lift. This incident came roughly nine months after a red C8 Corvette also fell off a two-post car lift.