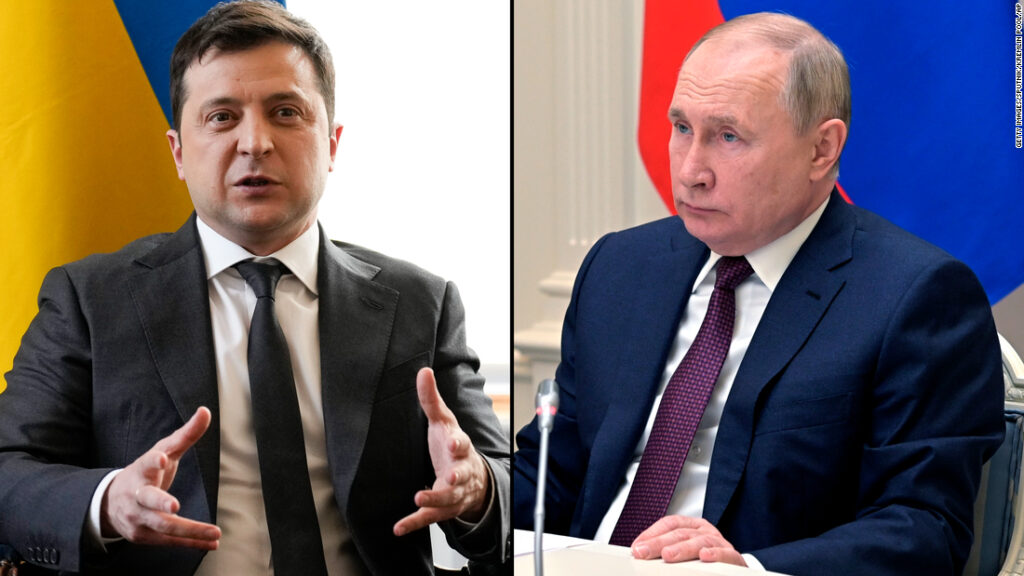 The hostilities between Russia and Ukraine have undoubtedly put the entire world on standstill. While many countries are throwing their support behind Ukraine, which many people perceive as the country with less military strength, some are just acting as spectators. Hopefully, a peaceful accord would be reached soon between the two European countries. Putin is the man the whole world is talking about right now. Not in a good way necessarily, many feel he is trying to bully Volodymyr Zelenskyy, the president of Ukraine.

The whole world is loving Zelenskyy and they are already casting stones at the Russian dictator. Before we talk about their car collection, let’s introduce the two strong political actors to you.

Who is Vladimir Putin?

The Russian president Vladimir Vladimirovich Putin was born on the 7th of October 1952 in Leningrad, Russia. He was formerly a KGB foreign intelligence officer before venturing into politics. He has held the office of the president since 2012. He also held the position from 1999 to 2000. Putin was Russian Prime Minister for a period of one year (1999-2000). Putin is considered the second-longest serving president in Europe, a position that was only toppled by Alexander Lukashenko.

He rose to the position of Lieutenant Colonel before he resigned in 1991 after 16 years of service. He was married to Lyudmila Shkrebneva in 1983, where they spent the early years of their marriage in East Germany. The union that was blessed with two daughters, was dissolved in 2014. Putin has also been romantically linked with Kabaeva, an Olympic medalist. This speculation has caused a series of violent reactions especially from Putin himself.

Who is Volodymyr Zelenskyy?

Volodymyr Oleksandrovych Zelenskyy was born on the 25th of January in 1978 in Kryvvl Rih, Ukrainian SSR. He is a former actor, comedian and a statesman. The graduate of Law from Kryvyi Rih Institute of Economics became more popular as a wartime leader during the invasion of Ukraine by Russia. Unknown to many, he grew up in the region that speaks Russian in Ukraine.

He became the President of Ukraine after winning the 2019 election. He has been heavily involved in the protracted conflicts between the two warring countries. He also won the hearts of many after he declined assistance from the US to rescue him and his family from Ukraine. Zelenskyy married Olena Kiyashko in September 2003. The duo attended the same school, according to reports. Oleksandra, who is their first daughter, acted the role of Shasha in 8 New Dates, a Zelenskyy’s movie in 2014. The union is also blessed with a son, Kyrylo.

Who is richer between Vladimir Putin and Volodymyr Zelenskyy?

Despite earning an annual income of $A149,000A, which has caused a lot of speculation recently. No one really knows how much Putin is worth. There are reports that he is worth $200 billion, making him an unofficial richest man on the planet. Well, Stanislav Belkovsky, who was the former adviser to the Russian government, revealed recently that Putin’s worth is around $70 billion. Zelenskyy on the other hand has earned his fortune as an actor and also a statesman. The Ukrainian President is worth around $96 million. This obviously settles the argument on who is richer between the two world’s presidents.

Who has the better car collection between Vladimir Putin and Zelenskyy?

Considering he was an actor/comedian before venturing into politics, he has been a big fan of exotic cars. Zelenskyy’s car collection is really impressive. He owns a Tesla Model S which he acquired for a sum of $100,000. He recently acquired a Mercedes-Benz G-Class. Other models you will find in his garage include an Audi Q2 priced at $80,000, a Jaguar XF priced at $125,000 and a BMW X9 priced at $150,000.

Vladimir Putin’s car collection, just like his net worth, is not made known to the public. However, his official car is one to scare a lot of people off the streets. He is being chauffeured in Aurus Senat limousine. Putin’s Aurus Senat bulletproof car weighed 7 tonnes, which was a replacement for the Mercedes-Benz Pullman. The Aurus Senat is a car brand from Russia, which makes perfect sense why Putin is using it as his official car. His Aurus Senat can withstand chemical gas attacks, sniper fire, and several other hidden functionalities.