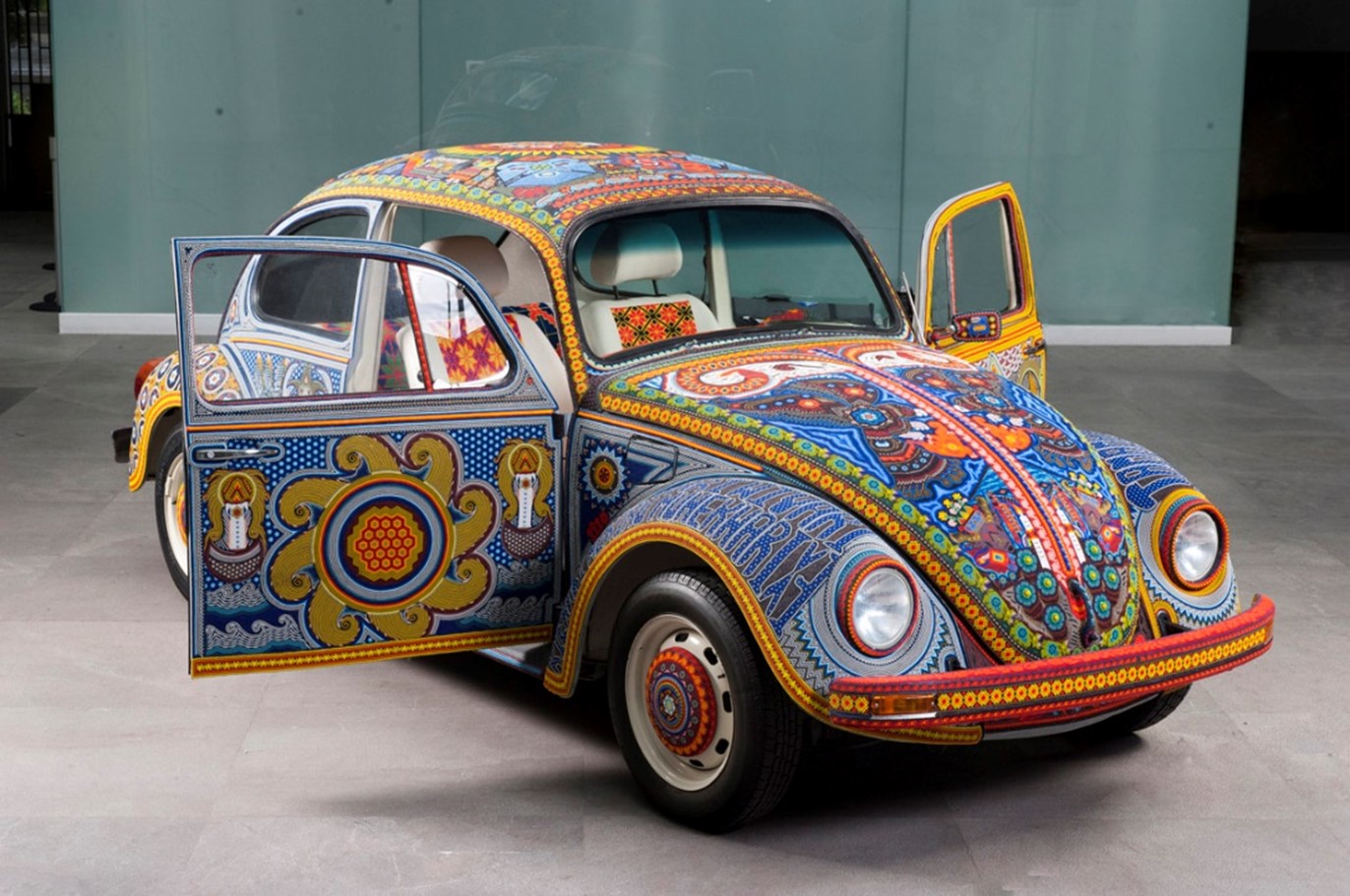 The automaker might have ended the production of Volkswagen Beetle in 2019, but it remains undoubtedly one of the most iconic models to be ever produced. This specially made Volkswagen Beetle dubbed Vochol was originally manufactured in 1990.

This work of art was adopted from the Mexican word Vocho (meaning bug) and ‘Huichol’, adopted from the Wixarika indigenous group of Jalisco and Nayarit, who over the years have preserved their pre-Colombian traditions. Part of their preserved traditions is this incredible decorative beadwork. The model was commissioned by private and public organization.

It took as much as 2,277,000 beads to decorate the interior and exterior of this beetle elaborately. Interestingly, the patterns were done by eight artists using hands from the Huichol families.  They had to work around the clock for 9,000 hours (8 months) to finish this project, which serves as a way of paying homage to their beautiful culture.

Example of such is the presence of 2 snakes in the clouds on the hood, signifying rain, scorpions, a deer, birds and peyote flowers on the sides. There is also the picture representation of a shaman steering the canoe at the back and a large sun on the roof that represents the relationship between the gods and humans.

The 4 two-headed eagles are expected to protect the occupants while the words in Wixarika language on the fenders spell out a century since the Mexican Revolution and 2 centuries of independence. This marks the war of independence from Spain in 1810 and centennial of Mexican revolution in 1910.

This distinctive Volkswagen Beetle ‘Vochol’ was exhibited in Guadalajara in Mexico and also in Mexico City. It has since gone around the world, visiting many continents like Middle East, Europe, North America, Asia and Europe. When it is not on global tour, it will be found at the Museo de Arte in Mexico City.