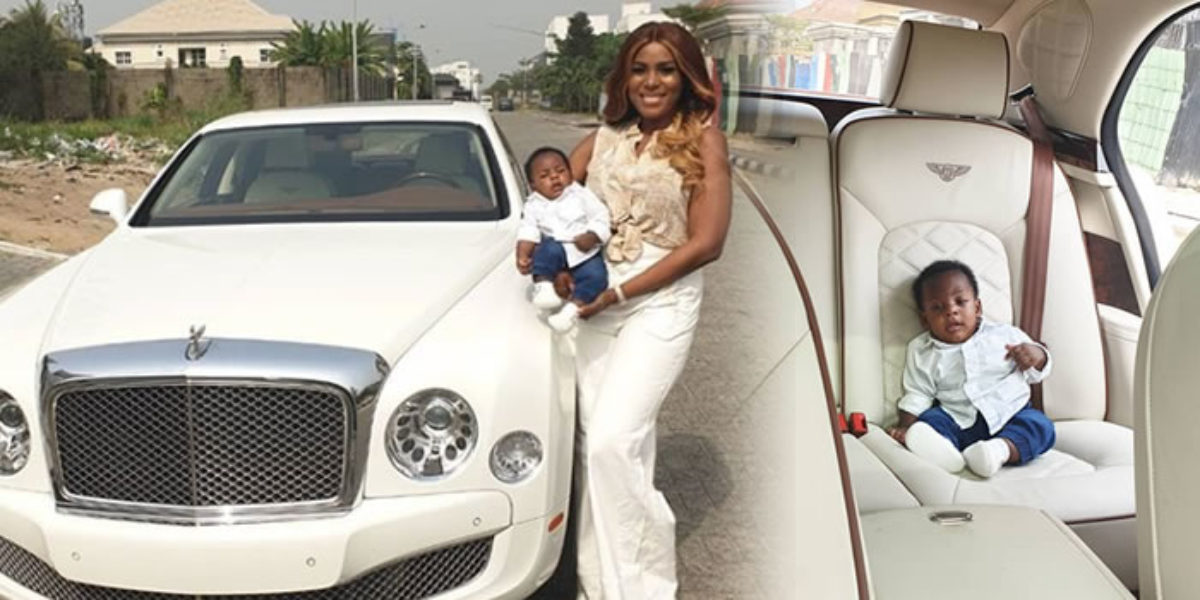 Linda Ikeji is set to be one of the very few people that will own Mulsanne in the nearest future if she doesn’t part with it anytime soon. Just recently, she complained heavily about the cost of maintaining such model in Lagos since she might be the only one driving Bentley Mulsanne in the state.

The British luxury marque has decided to stop the manufacturing of this big exotic Mulsanne sedan despite outweighing sworn enemy – Rolls Royce Phantom in terms of sales in recent times. Adrian Hallmark, CEO of Bentley, during an interview with Top Gear revealed the reason behind such decision which was solely as a result of slowing sales.

“The big sedan segment has been the foundation of Bentley for more than 100 years, but the volume has regressed – even though we sell more than the Phantom.”

“In the days of the Arnage we sold 1,200 a year. Since then the number of high-net-worth individuals in the world has tripled.”

The car manufacturer made it known that roughly 500 units have been sold each year and that was below par of their expectations. The arrival of Bentley Bentayga has further led to growing desire for SUVs in the market. Thus, the sales of Mulsanne have suffered a big blow.

The company has made a shocking revelation placing almost of its sales on Bentley Bentayga. Similarly, Roll Royce Cullinan and Lamborghini Urus SUVs have also recorded tremendous market sales.

The chairman made a bold statement on the possibility of having any replacement for the outgoing model. He disclosed that such won’t happen anytime soon since the cost of production will limit the profit.

“The segment is in critical decline. If we replace it we still have to think about all the legislation for cyber-security, safety and emissions. It means we just wouldn’t get payback. It’s as brutal as that.”

Bentley isn’t ready to stop the production of sedan any time soon. The recent unveiling of restyled Flying Spur has made higher sales than Mulsanne despite less luxurious.

For a grand exit, the automaker will present a final luxury gift for its loyal customers, which is the 6.75 Edition, a limited run of just 30 examples.

Check back for more intriguing auto stories across the globe!