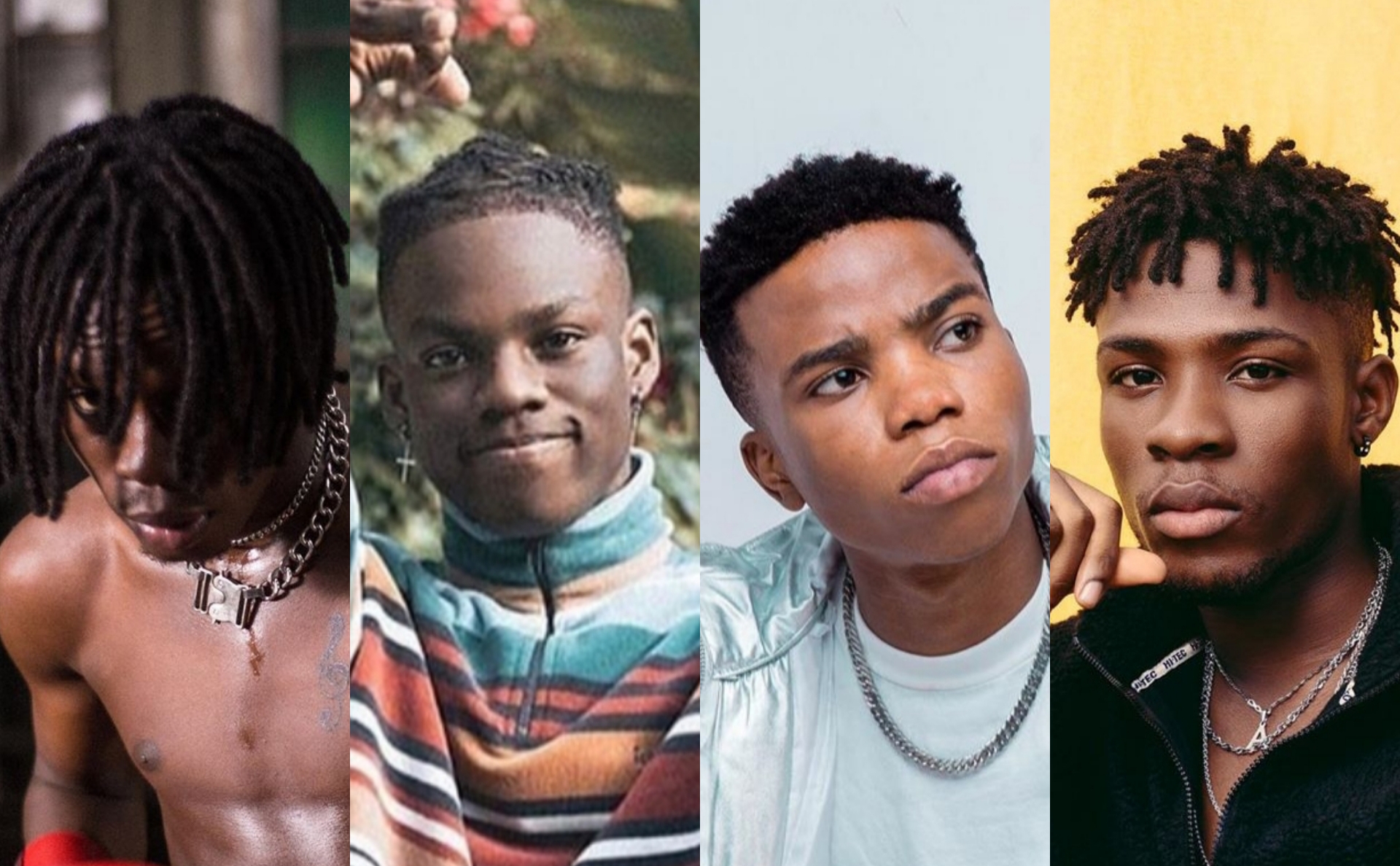 I. What is the net worth of these 5 emerging Nigerian music superstars?

Nigerian music industry is growing at such a frightening pace that we have lost count of the number of talents we have in the country. We are already familiar with the consistency of top music acts like Wizkid, Davido, Burnaboy, Olamide, Patoranking, Adekunle Gold and many others. Yet, the new faces are serving us with some of the best songs in recent years.

It didn’t come as much surprise to people when Fireboy’s Apollo album shook off stiff competition from the old ‘Gs’ in the Nigerian music industry, winning the Album of the Year Award at the 2021 Headies Award.

The Internet is drooling over several promising young acts like Zinolesky, Omah Lay, Rema, Joeboy, Lyta, Laycon, Tems, Ayar Star, Chike and other emerging talents. These are the people that will keep the torch of Afrobeat burning on the global stage. These emerging Nigerian superstars have captivated our hearts and we find it important to tell you more about them, especially their current net worth and the type of cars they drive.

Born on the 19th of May 1997, Stanley Omah Didia popularly known as Omah Lay is a Nigerian songwriter and singer. He began his career as a songwriter and producer in his hometown in Port Harcourt. His grandfather was a percussionist for Celestine Ukwu, a legendary highlife singer. Omah Lay started out at quite a young age of 15. He is now famous for his beautiful rendition of afro-fusion.

Omah net worth as at 2021 is put at $500,000, making him one of the richest young artistes in Nigeria. He is known for his hot singles “Damn”, “You”, “Bad Influence”. “Lolo”, “Bebe” and “Godly”. A lot of music lovers across Africa believe that this emerging Nigerian music superstar has no bad song till now.

So far, he hasn’t made public the type or number of cars he owns. Hopefully we get to see that soon.

Rema with the real name Divine Ikubor was born on the 1st of May, 2020 in Benin City. The winner of the 2021 Next Rated Award at the Headies began his professional music career at a very tender age, where he signed a record deal with Jonzing World. He ia Nigerian singer, songwriter and a rapper. Rema came to limelight in 2018 when he did a freestyle to Gucci Gang, a song by D’Prince. The artist was so much impressed by this that he flew Rema to Lagos to offer him a record deal.

Ever since, “Another Banger” as he loves to start his many songs, has been giving us hit songs back to back. He is known for many hit songs like “Dumebi”, “Iron Man”, “Bounce”, “Woman” and many others. At such a young age, Rema has featured in Obama’s 2019 summer playlist and had much international collaboration to his name.

Rema is undoubtedly one of the richest Nigerian musicians right now. As at 2021, Rema is worth around $1 million. He revealed recently that he was already a millionaire before people got to know about him. Well, we expect “Dumebi” crooner to come home with a Grammy in the near future.

Rema is beginning to show us that he loves cars. He was gifted a brand new GAC SUV for winning the Next-Rated Awards at the Headies. He also owns a 2010 Lexus 350 and a BMW ‘Beamer’ M4. He reportedly bought a car for his mum, who is obviously his biggest fan.

The ‘Boo of the Booless’ himself is one of the best vocalists in Nigeria right now. Chike is reportedly worth around $500,000. Of course, he is one of the most explosive Nigerian music talents to watch out for. He rose to prominence after participating in the 2015 MTN Project Fame, where he reached top ten. He was also the 1st runner up at the first season of ‘The Voice’. Chike-Ezekpeazu Osebuka was born on the 28th of January, 1993 in Onitsha, Anambra State.

Just like the other people we already mentioned on this list, Chike is among the emerging Nigerian music superstars that began his journey into professional music career at the very young age. In fact, it was reported that Chike won the vocalist of the year award in high school. He is popularly known for many hit songs especially from his latest album ‘Boo of the Booless’, featuring songs like ‘Roju’, ‘If You No Love’, Nakupenda’, ‘Forever’. He has had his fair share of collaborations with the likes of Simi, MI Abaga, Ric Hassani, Mayorkun and many others.

Chike gave us a hint of what he drives from many of his posts on social media. He is a big fan of SUVs and he owns a couple of them. One of them is a Toyota Land Cruiser Prado.

No doubt, Fireboy is going to become one of the best music exports from Africa. His ‘Apollo’ album is a masterpiece. In fact, he went home with most awards at the 2021 Headies Award. Fireboy with the real name Adedamola Adefolahan is a prominent young Nigerian singer and songwriter. He was signed by Olamide into YBNL in 2018. Fireboy was born on the 5th of January, 1996 in Abeokuta, Ogun State. His hit single ‘Jealous’ is one of the most streamed Nigerian songs on all platforms since its debut.

Fireboy’s net worth according to Forbes has been estimated at $850,000, making him one of the richest young artistes in Nigeria.

Fireboy is said to own a Toyota RAV4 compact SUV and a Mercedes-Benz GLK. From what we gathered, he loves driving around in his Japanese model but takes the German luxury SUV to important events. He has also been spotted alongside a white Rolls-Royce model. We can’t say for now if he actually the car or it was used for a photo shoot.

Bella Shmurda is the last but not the least on our list of 5 emerging Nigerian music superstars in 2021. Bella Shmurda is a popular Nigerian fast-rising singer and a songwriter. He has been spotted several times with best music artistes in the country. People like Davido, Wizkid and Burna Boy. Akinbiyi Abiola Ahmed was born in Lagos State on the 27th of January 1997. He is currently signed under YBNL.

Bella Shmurda started out at a tender age, where he did a lot of freestyles before his prayers were finally answered. His ‘Cash App’ is one of the most streamed in 2021 in Nigeria. He has other hit singles to his name like ‘Vision 2020’, ‘Flex’, ‘Bye Bye To Poverty’ and so on. He is currently said to worth around $700,000.

Information about Bella Shmurda’’ cars is unavailable at the moment. We will sure update you as soon as we get our hands on it.

Who do you reckon to win a Grammy Award first among these young superstars?