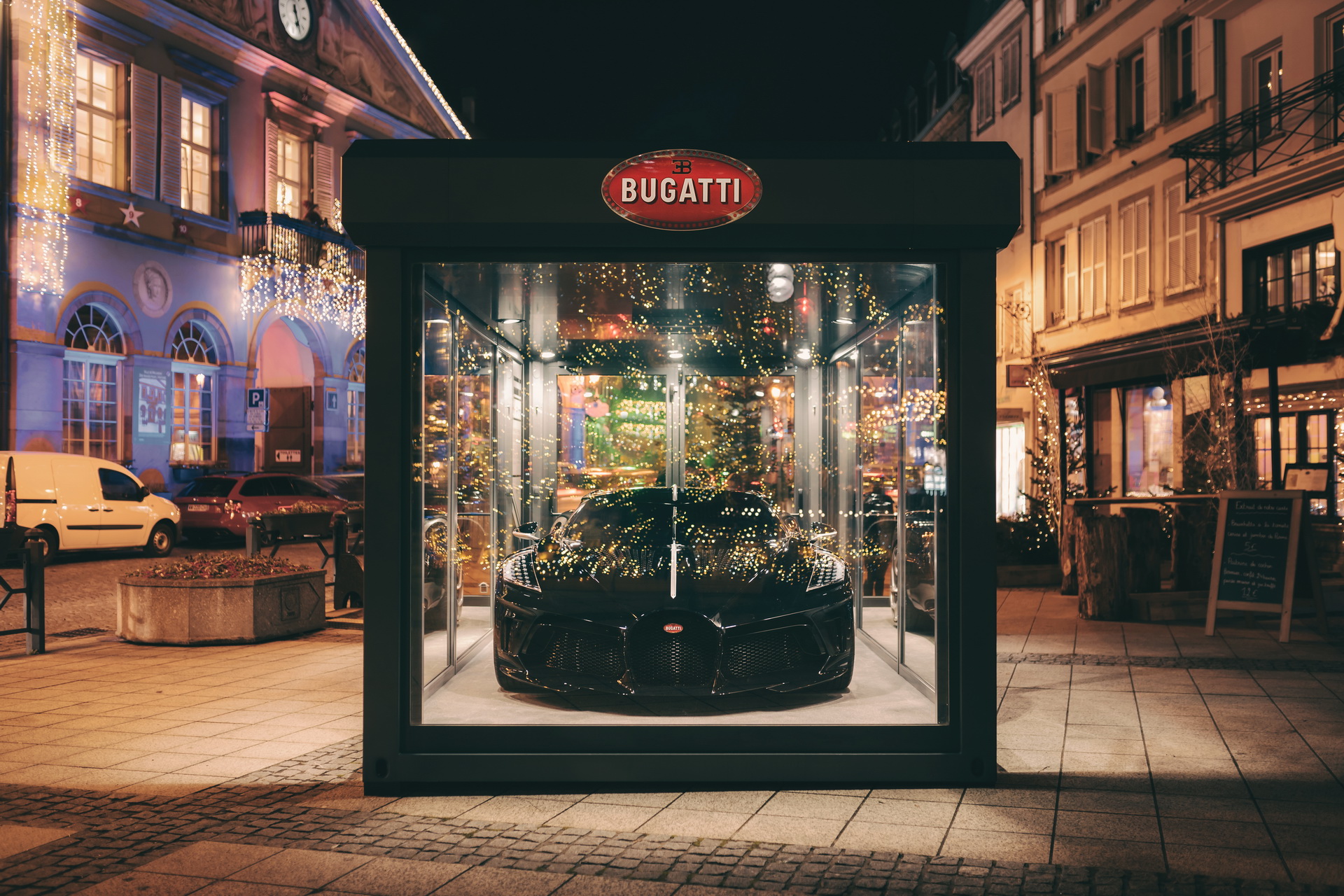 This year has been one hell of a ride, considering the devastating effect of the deadly coronavirus on human population and activities as a whole. We cannot argue that covid-19 didn’t have a massive effect on the auto industry. Well, it has also impacted the Christmas markets for this year, part of which is the home of Bugatti in Molsheim.

Bugatti has decided to end this year on a beautiful note as the luxury marque decided to celebrate the Christmas by using its most expensive model, a Bugatti La Voiture Noire, to light up the city in form of a decoration.

The $13.4m one-off hypercar is placed inside a glass container, exhibited close to the Christmas tree in the French city.

“I am very grateful to Bugatti for this wonderful gift to our city. Now all residents of Molsheim have the very special opportunity to admire this unique masterpiece, the ‘La Voiture Noire’, of which Ettore Bugatti would certainly have been very proud.”

Christophe Piochon, who happens to be the Site Manager nd Managing Director production and Logistics at Bugatti, stated:

“Nothing can replace the Molsheim Christmas market. However, it is important for us to bring joy to people from the region in these difficult times.”

The one-off Bugatti La Voiture Noire was unveiled in 2019 at the Geneva Motor Show, which was used to mark the 110th birthday anniversary of the automaker. The model was also used as a tribute to the iconic Type 57 SC Atlantic by Jean Bugatti, which was lost at the start of the Second World War and was never recovered.

The super rare model was rumoured to have been purchased by the Juventus superstar Cristiano Ronaldo. It offers a handcrafted black carbon fiber body, sharing similar underpinnings with the Divo and Chiron. It comes equipped with a W16 8.0-liter quad-turbo engine with a generative output of 1,479 horsepower and 1,180 pound feet of torque.