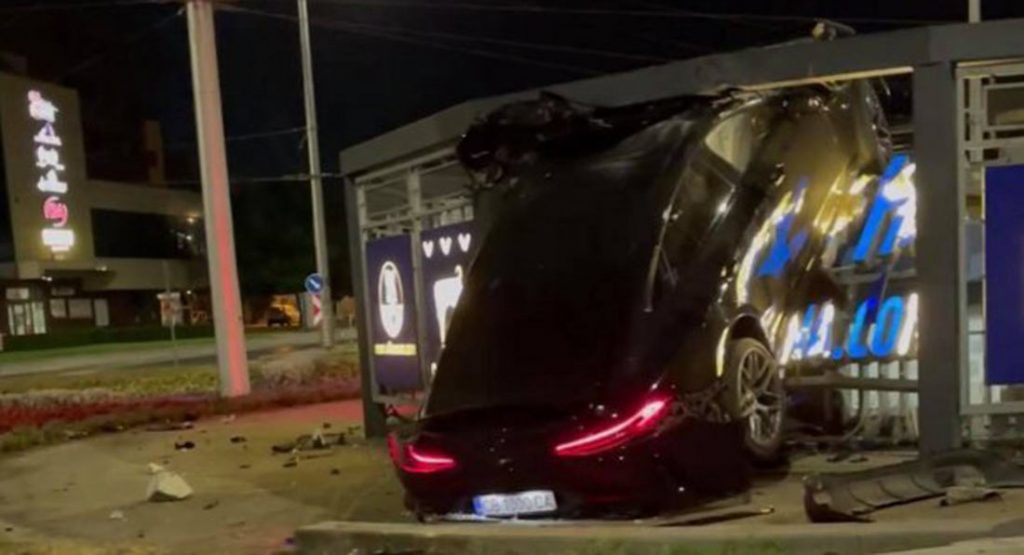 A Mercedes-AMG GT 4-Door has been destroyed after crashing into a bus stop in Bulgaria.

Details surrounding the incident are unclear but images and video shared online show the high-powered sedan resting against the bus stop after crashing at what appears to be a large roundabout.

It is difficult to determine the precise GT 4-Door variant we’re looking at, but one local publication suggests that it is a GT 63+ model tuned by Brabus.

Although nothing’s certain, it’s possible that the driver of the expensive Mercedes-AMG model lost control of the car while entering the roundabout, driving straight over the concrete curb before smashing into the bus stop. The incident happened late at night and the car was still stuck in the bus stop the following morning.

The damage sustained to the car is, obviously, quite comprehensive. Jumping over the high curb probably severely damaged the sedan’s front fascia and suspension components while the actual impact with the bus stop inevitably resulted in even more damage. One video that seems to have been taken shortly after the crash shows that the ignition was still turned on and its hazard lights were flashing while the car was sitting almost upright with its front end mangled.

There is no word on whether the driver, or any occupants, of the GT 4-Door were injured in the crash.