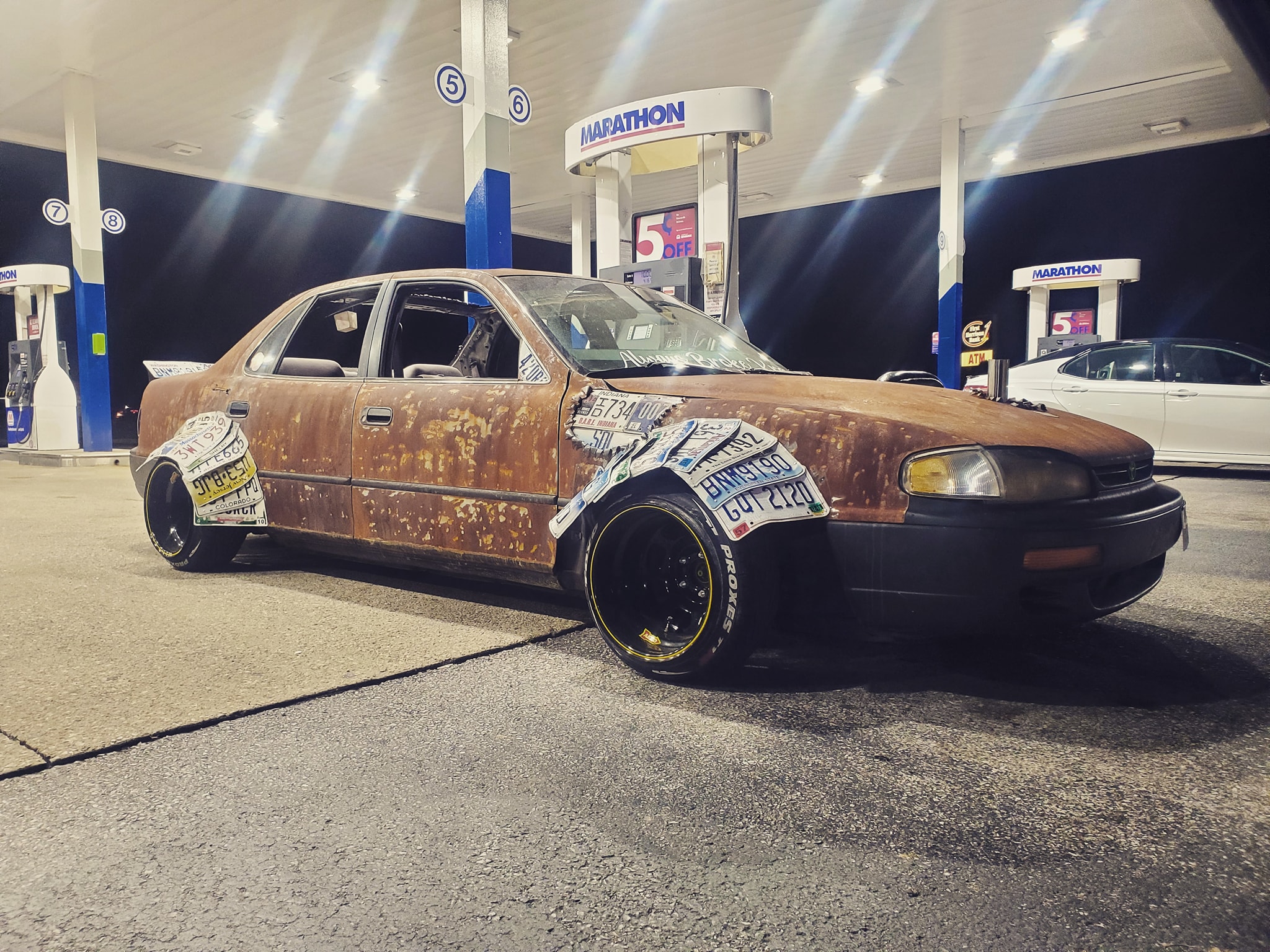 Toyota Camry can be a very solid means of transporting you around but is arguably the last nameplate people would want to splash money on to get modified. Interestingly, one man proved us all wrong by turning his Camry into what could drop lots jaws whenever they gaze upon it in is full rust.

The stunning creation belongs to Austin Lee Ingram from Indiana in the United States. This Camry might turn out to be the most unique one we have seen in a long time. The model is from the XV10 generation, manufactured from the United State from the periods of 1991 to 1996. Without any form of modification, it should be crowned as the most boring design from the Japanese automaker. But now, with these special fender flares from number plate and other mods, it can begin to draw more attention on the road than the likes of McLaren and Bentley models.

The presence of these strange fenders really did it for us. The vehicle owner has made use of many license plates to create a set of flared rear and front wheel arch extensions. The simple and unexpected touch has really made the aftermarket wheels to look so attractive on it.

We couldn’t but notice the fitted ducktail-style rear spoiler, which is also formed from the license plates. Except the bumpers, every panel on its body has been made to look rusty deliberately. To cap it all off, Austin has taken off the rear and side windows, while cutting out a chunk of the roof. The owner has also changed the position of the exhaust, making it to come out straight from the hood.