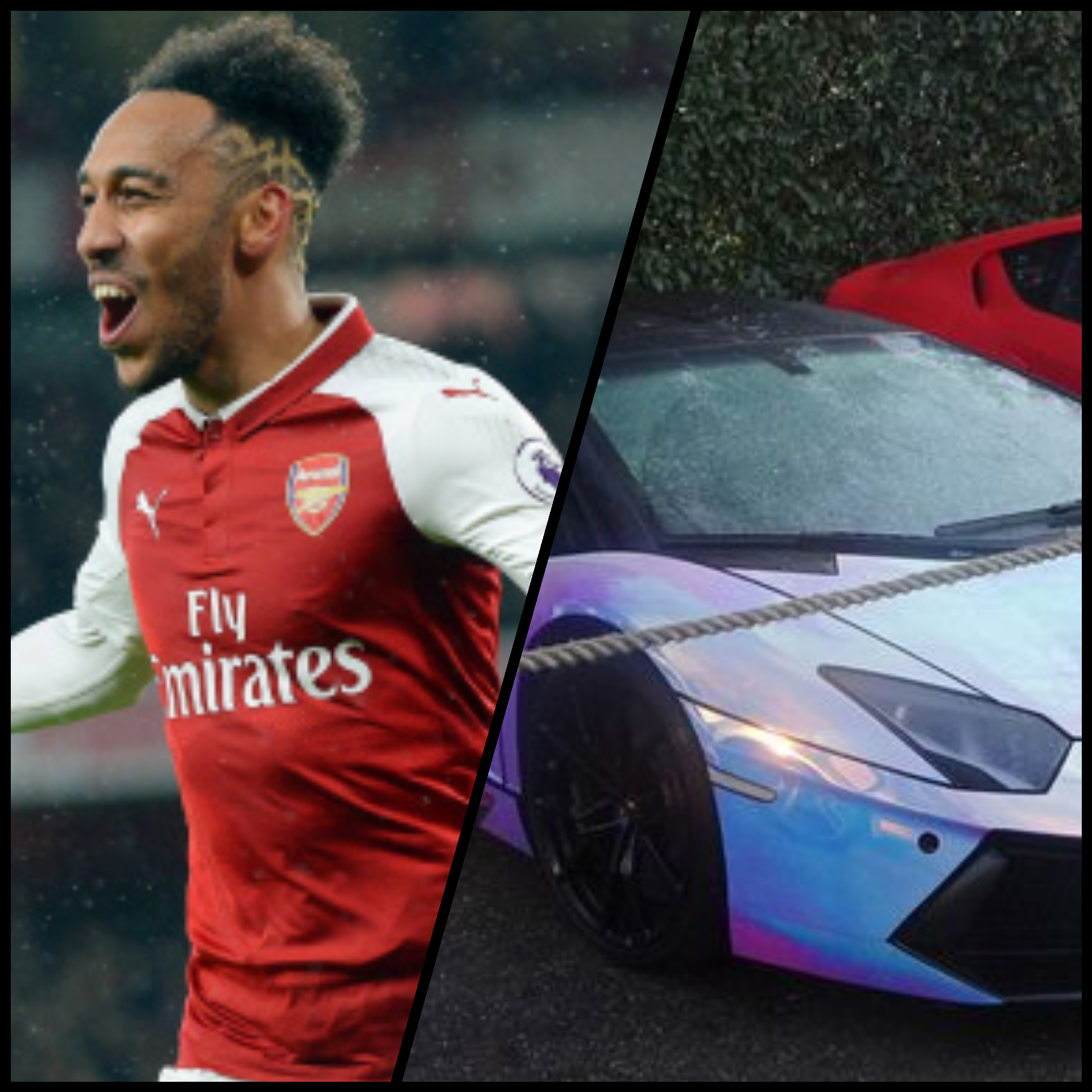 Arsenal star Pierre-Emerick Aubameyang has been on superb form ever since his arrival at the North London side, netting 54 goals in 85 appearances. The Gabonese has always been a big fan of super expensive cars, and he isn’t shy of showing them off to the whole world.

The 31 year-old Arsenal attacker is widely known for his electrifying pace, off-ball movement and scoring prowess. He joined Arsenal football club in January 2019 from Borrusia Dortmund, a German club for a sum of £56 million. We learnt Aubameyang is presently staying in a top tier hotel, where some of his luxury cars are under intense care.

If you wonder how the Arsenal star was able to afford these insanely expensive supercars, you should take a look at his net worth. Pierre-Emerick Aubameyang is said to worth an estimated $30 million, which we believe is more than enough to get these luxury and flashy cars into his garage.

We were given a glimpse of four of the flashy cars in his collection. These cars reportedly cost him £810,000 in total. His Lamborghini was acquired for the sum of £270,000. Pierre-Emerick Aubameyang is reported to be so fond of this model, which he usually drives around London.

He acquired the Porsche Panamera Turbo Techart for £140,000 while his Range Rover Sport Mansory cost him £150,000. Aubameyang also flaunted his £250,000 Ferrari 812 Superfast, which was among those 4 cars under the rope at the luxury hotel.

Pierre-Emerick Aubameyang has other car collection worth around £2 million, which include the likes of Audi R8 V10 Plus, Aston Martin DB9 Volante 2, Ferrari 488 Spider, Porsche Cayenne, Lamborghini Gallardo and many others.

Pierre-Emerick Aubameyang joins the likes of other Premier League stars who spends lavishly on expensive cars.