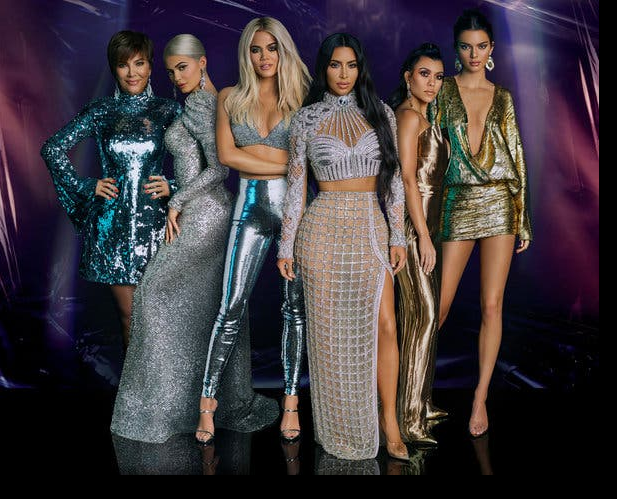 When the name ‘Kardashians’ pops up, the three things that come to mind are:  reality TV show, beauty and expensive lifestyle. Probably, these might have covered the entirety of the name but there is more to them than that. For now, we will stick to their projected image and expensive car collection. The family has become a model to many when it comes to fashion and women power.

Who are the Kardashians?

Other known relatives consist of Brody Jenner, Brandon Jenner, who are half siblings to Kylie and Kendall from the marriage between Caitlyn and Linda Thompson (actress). The reality TV show started from Kim’s sex tape in 2002, which has been turned around into one of the most successful family business empires.

The Kardashian’s family owns some of the most expensive cars on the planet. Here are the hot exotic wheels you will find in their collection:

This black speed beast belongs to Kylie Jenner. The latest version of this Italian model offers 949 horsepower and 663 pound feet of torque from its V12 engine. It sprints from zero to 60 mph in 2.6 secs, and a top speed of 217 mph.

The fashion-conscious Kim Kardashian was caught beside a white Rolls Royce Ghost in Los Angeles. Guess she wouldn’t mind filling up the luxury car herself at the gas station in 2011. This particular Rolls Royce Ghost came fitted with V12 6.6-liter engine with an output of 563 horsepower and 575 pound feet of torque. Its engine is mated to eight-speed automatic transmission with a right wheel-drive system.

This luxury model from the British carmaker belongs to Kourtney Kardashian. The latest version of her DB11 coupe comes fitted with V12 4.0-liter engine, mated to an 8-speed automatic transmission.

In 2009, Kim was seen cruising in this beautiful Italian piece in Los Angeles.  The Ferrari F430 is powered by 4.3-liter V8 engine, powerful enough to produce 483 horsepower and 343 pound feet of torque. The model is available as a spider convertible or 2-seat coupe.

Kylie Jenner is a proud owner of this beautiful orange road machine. Her Lamborghini Aventador came mated with a 7-speed automatic transmission and also a manual shift stick.

It is obvious Kimberly Kardashian is a big fan of fast and expensive cars. She used this Lamborghini Gallardo for a photo session in Los Angeles. Kim’s Lamborghini Gallardo for the 2009 model year came equipped with a V10 engine producing output as much as 552 horsepower and 398 pound feet of torque. It can easily accelerate from zero to 60 mph in an impressive 3.4 secs.

This DB9 model by Aston Martin is reportedly jointly owned by Kim and her husband Kanye West. Don’t be deceived by its sleek-looking appearance. It is a powerful ride suitable for a gorgeous woman like Kim.

Khloe has a luxury Rolls Royce Wraith in her expensive collection. The 2020 version of the Rolls Royce Wraith offers a V12 6.6-liter engine with an output of 624 horsepower and 605 pound feet of torque, mated to an 8-speed automatic transmission.

Khloe Kardashian was all smiles when she took a dazzling walk from her white land Rover Range Rover. The British luxury Marque has been known for efficiency and comfort. The 2013 Range Rover offered a V8 5.0-liter engine producing 510 horsepower and 461 pound feet of torque, mated to 8-speed automatic transmission. It offers a peak speed of 140 mph.

One of the most beautiful cars you will find in the Kardashians’ car collection is the Mercedes-McLaren SLR supercar. Kim was spotted when she was about gaining access to the inside of the car. From look of things, she was probably returning home from her workout session at the gym. This particular model was a perfect fusion of the German and British automakers. The 2011 version came fitted with V8 5.4-liter engine with an output of 651 horsepower and a top speed of 217 mph, mated to 5-speed automatic transmission. Kim Kardashian’s SLR can sprint from zero to 62 mph in 3 secs.

This red beautiful ride belongs to Kourtney. Her version came fitted with 7-speed automatic transmission, with a stick shift mode.

Khloe was spotted using the side mirror of the white G-Wagon luxury SUV for her quick makeup touch-up in February 2013. The Mercedes G-Wagon is a remarkable luxury road machine for all kinds of terrain. Its engine offers 382 horsepower and 391 pound feet of torque.

This red customized Range Rover belongs to Kim. She was caught inside this beautiful SUV at West Hollywood in Los Angeles.

Kim Kardashian showed up in this expensive Maserati Coupe at the 2010 Bullrun Super Car rally held in New York. This 2-door coupe is powered by a V8 4.2-liter engine, mated to 6-speed automatic transmission. Its potent engine coughs out 405 horsepower, enough to give Kim that awesome road experience.

Kourtney Kardashian was pictured in 2011 entering into this exotic Mercedes-Benz S-Class at the Malibu Country Mart located in Los Angeles. This version offered 6 powertrains ranging from V6 hybrid to V12 engine.

Kourtney Kardashian and her boyfriend Scott was seen riding the Ferrari F430 Spider under the L.A hot sun in 2011. This Italian masterpiece is what you will find in the Kardashians’ car collection.

Khloe Kardashian decided to go style as he rode in a black Cadillac Escalade to the RYU restaurant’s grand opening in New York. Khloe’s Escalade for 2012 model year is powered by a V8 6.2-liter engine with an output of 403 horsepower and 417 pound feet of torque, mated to 6-speed automatic transmission. There is also the hybrid version with different specification.

Kim Kardashian got out of a Mercedes Maybach on her way to the 7th Annual Tribeca Film Festival Artists Dinner by Chanel, in New York. The Mercedes Maybach is a perfect car to be chauffeured in, due to the amount of attention paid to the rear passenger seat.

Scott Dick was seen having fun in this blue Phantom Drophead with Kourtney Kardashian in Los Angeles, in 2012. This particular model Phantom Drophead was powered by a V12 6.7-liter engine with an output of 453 horsepower and 531 pound feet of torque, mated to a 6-speed automatic transmission.

Kylie like her sisters has a big taste for expensive supercars. The 488 Spider by the Italian carmaker is one of the fast cars in her garage. Her version is powered by a V8 3.9-liter engine producing 661 horsepower and 561 pound feet of torque.

This is another moment that shows Kim’s love for exquisite cars. She was seen inside the Maserati GranTurismo Cabriolet in Miami, a new car she got for herself in 2013. For this particular year, this model offered V8 4.7-liter engine, producing an output of 444 horsepower and 384 pound feet of torque, mated to a 6-speed automatic transmission.

Kylie isn’t all about speed, but off-road beast as well. Her Mercedes G-Wagon is intimidating to the eyes and can probably ride on any terrain on the planet. It is powered by 4.0-liter V8 twin-turbo engine with an output of 416 horsepower and 450 pound feet of torque, all mated to a 7-spped automatic transmission.

This one right here belongs to Kris, often regarded as the Kardashians’ momager.

Kendall Jenner isn’t going to be left out in this display of exotic cars in their family collection.  It’s a classic type with lots of power under its hood.

Their direct brother Rob owns this Porsche Panamera. The parade of beautiful cars runs deep in the kardashians family blood.

Don’t be led to believe these are the only cars owned by the members of this powerful household. The Kardashians are known to own lot more and we will keep updating you as we get hint of their new addition. It’s fair to say their car collection is quite an envy to a lot of celebrities out there.