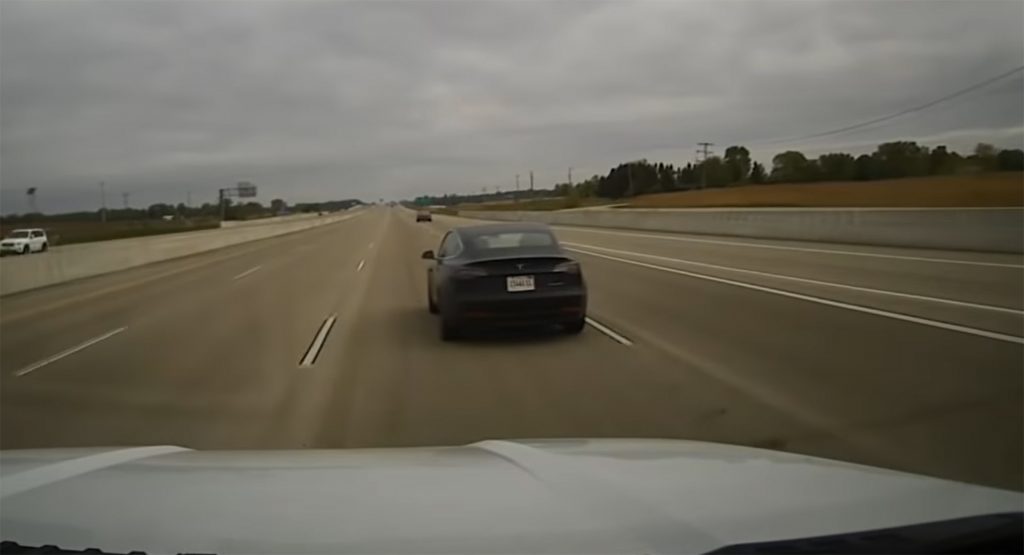 Without any doubt, a lot of work has been put into the development of the Autopilot technology on Tesla’s cars. Nevertheless, the driving system has been faced with a series of criticisms in recent times. The carmaker has come out to clear the air on how to use this system. Looks like the owners pay little or no attention.

David Gomez, who happens to be Kenosha County deputy, got a call on Sunday to be on the lookout for a Tesla Model 3 taking a trip down the freeway with what looked like a sleeping driver in it. The deputy discovered the car and decided to chase it down, when it was moving at 82 mph.

The officer chased after the Model 3 for 2 miles, while changing the lurch and tone of the siren. It was at the point of getting close to the EV that the driver woke up and pulled to the roadside. Gomez then approached the car and had a conversation with the 38 year-old driver, who claimed he was on his way to his workplace at FedEx. The driver claimed he wasn’t asleep and that the Autopilot still demands for drivers to put their hands periodically on the steering wheel.

According to the officer, the latest incident wasn’t the first time such would happen. There were few attempts to pull over a vehicle, which was moving down the road while the driver was deep asleep.

Surprisingly, the driver didn’t get any tickets for speeding, but a $187 citation for inattentive driving. The Model 3 was however towed as Gomez felt it was unsafe for the 38-year-old to get behind the wheel again.

See also  Lexus you can wear: exclusive sneakers inspired by IS 350 F Sport