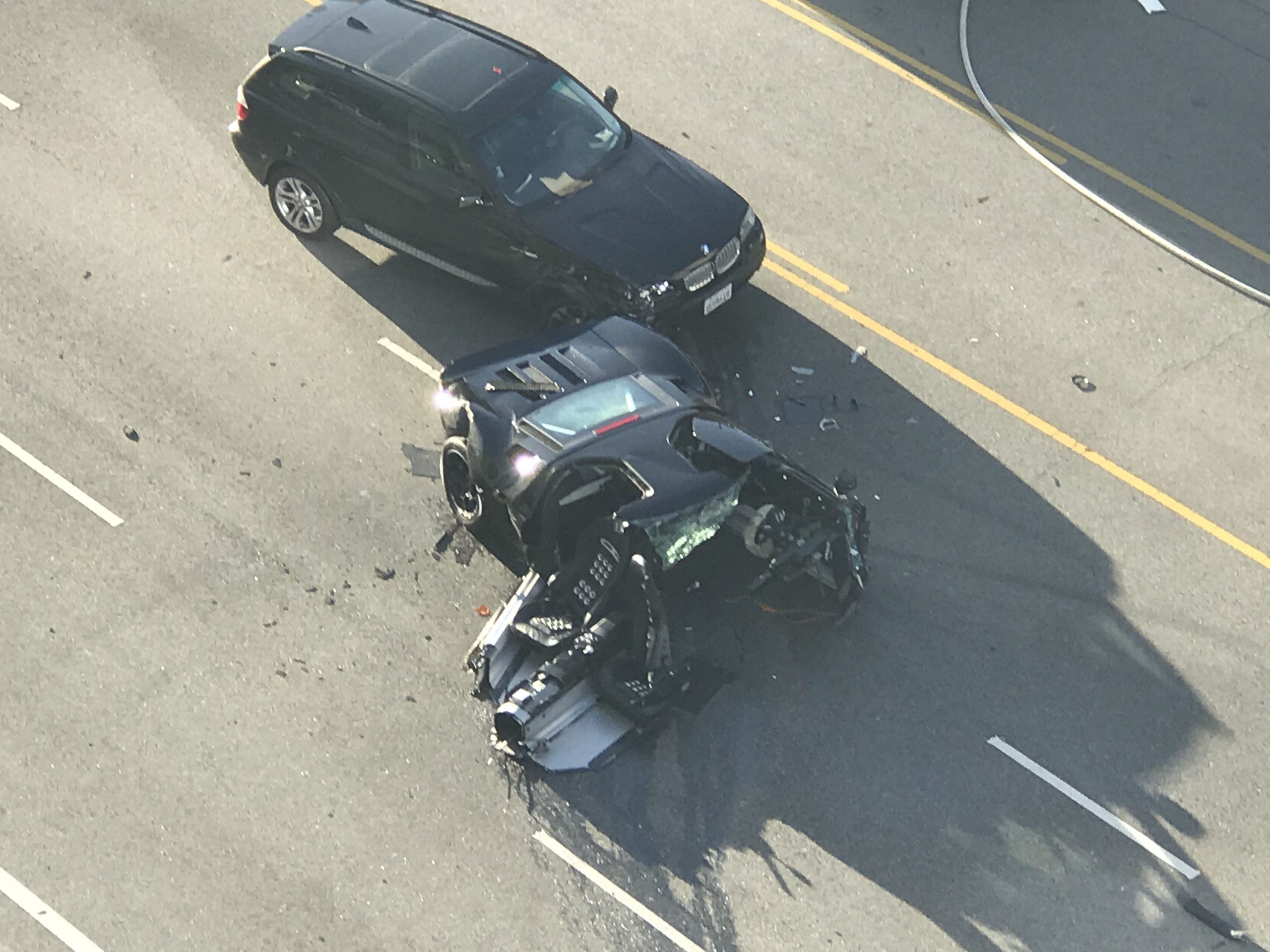 A black first generation Ford GT was wrecked recently in a fatal road crash in Los Angeles, involving a minimum of two other vehicles. One of the two other cars involved was a white Alfa Romeo Guila Quadriofoglio.

According to the information reaching us, the unfortunate incident happened last Saturday with the L.A Fire Department responding quickly to the crash. The crash took place exactly at 5:28 pm on Wilshire Boulevard right in front of Beverly Hills Plaza Hotel & Spa.

We are not sure what led to the crash, but it was reported that the Ford GT split in half during the accident. One person was said to have been ejected from the car and debris was left scattered on the road. From what eyewitnesses said, at least one person was lying motionless in the street before the arrival of the emergency services.

A video was shared online, which apparently was taken after the crash. From the clip, fire crews are seen extinguishing the blaze that engulfed the Ford vehicle. So far, no information has been released on the extent of damage inflicted on Alfa Romeo and other vehicles involved in this crash.

An eyewitness on Instagram, who claimed to have seen the crash, said the car lost control before going up into flames. Surprisingly, earlier in the day, the Ford GT was seen on the streets of Beverly Hills with a temporary plate.

Till the moment, no official report has been given on the condition of those people involved in his horrific crash.