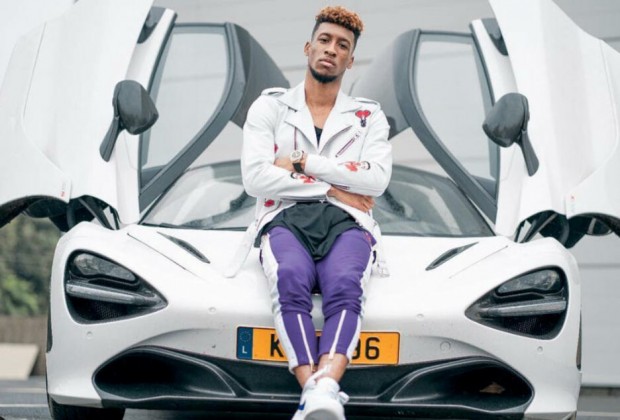 Who could have imagined that driving a car as much as ₦84 million could put one into big mess? Such was the case with Bayern’s Kingsley Coman, who is likely to face a huge fine for abandoning his Audi car at home when going for training at his club.

Since Audi is the club official brand, every player is expected to drive this brand or any model from the parent company Volkswagen, to training. Coman on the other hand decided to arrive at Sabener training ground in his luxury McLaren 570 Spider.

From what we learnt, Audi has 8.33% share in the Bayern Munich FC, hereby giving out its cars to every member of the club. This contract according to report has been activated since 2002.

Part of the rule in the sponsorship deal is that every member of the club, especially first team players, are expected to go to training grounds in their company car, which is Audi.

From all indications, Coman isn’t the first team player at Bayern that flouted this rule. Just recently, Niklas Sule and Philippe Coutinho attended club training by driving their Ferrari and Mercedes cars respectively.

This insubordination from these players however forced the hands of Hasan Salihamidzic, the club’s sporting director, to propose a fine of £43,500 to any player that flouts such rule.

Like earlier iterated, Bayern players are permitted to attend trainings in other Audi models as well as brands such as Bentley, Lamborghini, Porsche, Bugatti, since they are related companies under the umbrella of the German company Volkswagen.

Bayern star Kingsley Coman might have flouted club’s order but sure has mouthwatering cars in his collection. See the video below:

Although the club hasn’t made any official announcement so far on the possible fine against the erring Kingsley Coman, the player has taken a step to offer a public apology to the club. Coman revealed that such decision was made due to the broken wing mirror on his Audi car.

“I would like to apologise to the club and Audi for not having come to training in my company car.

“The reason was a damaged wing mirror on my Audi. Still, that was a mistake, of course I can see that.

“As a reparation, I will visit the Audi plant in Ingolstadt for an autograph hour as soon as possible and bring some attention to the employees.”

Despite the continued spread of the coronavirus and the suspension of the Bundesliga league, Bayern players are already back in training.