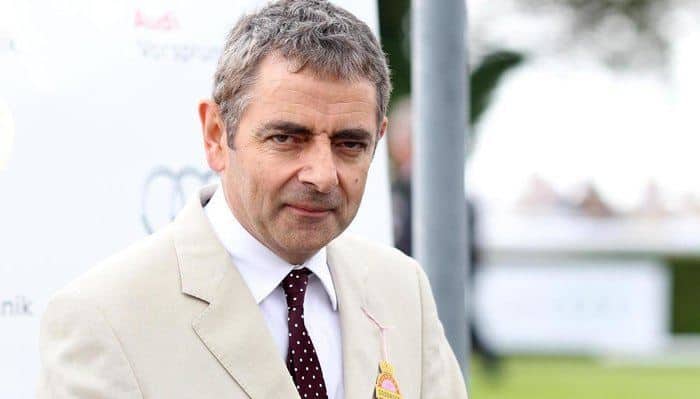 I. Introduction – Who are the richest comedians in the world?

It takes more than just funny to go far in the comedy industry. Professionalism is required, which implies stage management, understanding the audience’s difference in mood and taste, and ultimately cracking their ribs out. If you cannot do this, stick to making your friends laugh. Lol!

Comedy is a noble career, especially at a time like this when the whole world is troubled with the devastating effects of the deadly coronavirus. We all deserve a time alone or with family, where you can laugh out all the troubles sealed within your soul.

Anyways, we are not here to give you a lecture whether you should attend a comedy show or not. We are to show you how stunningly rich these comedians are. Their single show payout might be enough to pay a medical doctor for 5 years in many countries. No pun intended!

We have compiled our list of the richest comedians in the world, their net worth and what we believe they own in their garage.

David Letterman is a veteran in the funny business. The old-school comedian was born on the 12th of April, 1947 in Indianapolis, Indiana in the United States of America. He is an American TV host, comedian, producer and a writer. Letterman reportedly hosted late night shows for a stunning 33 years.

David Letterman is a big fan of cars. Over the years, he has taken his time to collect some of the most stunning cars on the planet. These include:

No one can really say how much his car collection is worth, but if he decides to sell them in the future, they will go for insane fees since they are mostly exclusive vintage models.

The legendary comedian acquired a 2700 acres “Deep Creek Ranch”. Which is almost 35 miles West of Choteau, Montana in 1999.  His home, sitting on 3,276 square feet, has 3 beds, 3 baths and some facilities to ensure Letterman feels at home.

Bill Cosby is widely considered as one of the most famous and richest comedians in the world. He is known for his works ‘Cosby kids’, ‘The Cosby Show’ and ‘The Bill Cosby Show. The award-winning comedian is also an actor and an author. He was born on the 12th of July, 1937 in Philadelphia, Pennsylvania, United States.

Bill has won many awards in his career that has spanned over many years. One of the dark times of his illustrious career was in 2018 when he was faced with 3 counts of aggravated indecent assault.

Bill Cosby, like many rich people out there, will not want to be left out of the luxury charade. Unfortunately, we are able to report just two cars owned by him. These include:

AT least his many homes would make up for the limited information on the number of cars he owns. Bill Cosby owns luxury homes in Cheltenham, Pennsylvania, and Shelburne, Massachusetts.

From report, he bought a house in Elkins Park in 1983 for a quarter of a million dollars.

Adam Sandler is obviously younger than the names we have mentioned above but he is no newcomer in the comedy industry. He has appeared in many Blockbuster Hollywood movies, which have combined at $2 billion at the box office.

He is an American comedian, actor and a filmmaker.  He was born on the 9th of September, 1966 in New York City, United States.

The ace comedian loves to splurge cash on beautiful cars. Sandler drives exotic models such as:

Adam Sandler doesn’t only love cars, he is into real estate. He owns many landed properties in places like Los Angeles, Malibu, Boca Raton and also in New Hampshire.

He lives presently in his L.A home which he acquired for a sum of $12 million in 2004. The House was formerly owned by Hollywood actors Goldie Hawn and Kurt Russell. It is a 12,860 square ft. luxury home in the Brentwood area of the city. It has 7 beds and 7 baths.

Bryan Allen is among the top 10 richest comedians in the world. He is an American comedian, TV producer and the owner of the famous Entertainment Studio, a US television production company. Bryan was born on the 22nd of April, 1961 in Detroit, Michigan, United States.

He was known for his different type of craft, which is observational comedy. He was also the host of “Real People”. Allen owns fifteen CBS, NBC, Fox and ABC affiliates across the US.

Bryan Allen is more of a private person, who loves to keep his personal business from public eyes. We reckon with such fortune, he should be able to afford some of the most exquisite rides around.

No matter how private you can be as a celebrity, it’s always hard to keep your house information from prying eyes. According to a report, the comedian paid a whopping $27 million for his mansion in 2016. The house is 9,000 square feet, surrounded by mountains. It has 7 beds with a wall of glass and an outdoor pool. The house is located in Aspen.

Bryan Allen is known to invest in luxury homes. He also owns a New York 3 bed-house, which took him back by $26.75 million, $19.85 million Beverly Hills home and a $23 million retreat on the Hawaiian island of Maui.

Jay Leno is known to many as a prolific comedian, but he is a serial car collector. He is an American comedian and a television host that has worked alongside top celebrities throughout his long career. His late night show on NBC ‘Tonight Show with Jay Leno’ is said to reach out to more than four million audiences.

He was born on the 28th of April 1950 in New Rochelle, New York, United States. He is one of the richest comedians on the planet.

Jay Leno’s car collection is out of this world. No way will his car collection not be more expensive than any celebrities’ net worth. He has a ride in his garage that set him back at $12 million. Jay Leno has nearly 150 exotic cars in his private collection. These include:

Of course, we cannot begin to list all his cars here. What makes his collection so fascinating is that he owns some cars that you might not see anywhere else in the world.

In 2017, Jay Leno bought a $13.5 million 9-acre 14-bed house in Newport, Rhode Island. He reportedly bought this house whale driving through with his wife in the car.

Ellen DeGeneres is an American comedian, actress, TV host and a writer. She is known for her syndicated talk show ‘The Ellen Show’ with several millions of audience all around the country and beyond.

The female comedian was born on the 26th of January 1958 in Louisiana, United States. She is known for observational comedy, satire, surreal humor and deadpan.

Ellen DeGeneres is the richest female comedian in the world. She has a special place in her heart for Porsche cars. Some of the German luxury cars that grace her collection include:

Apart from being a comedian and TV host, Ellen DeGeneres is known to flip luxury homes. She does it with her partner Portia de Rossi. They recently sold their Montecito home for a staggering $33.3 million.

Their estate portfolio is quite amazing. They have sold up to 20 properties since 2003 from celebrities. They buy the houses, remodel and flip at a higher price.

The American comedian is also a voice artist, animator and a producer. He was born on the 19th of October 1969 in Colorado, United States. He is the co-author of ‘Book of Mormon” and also a co-creator of “South Park”.

The presence of Trey Parker on our list means one thing: he is one of the richest comedians in the world right now.

The only car-related story we heard about Trey Parker was when he donated his vehicle to a charity organization in the Simi Valley. Other than that, nothing has been really said about his car collection.

Being one of the richest comedians around, Trey Parker has more than enough to throw around. He is said to own many houses in places like Los Angeles and New York. He also owns the Hilltop Retreat in Colorado.

Matt Groening is the creator of the popular “Simpson”, which has formed parts of many people’s childhood memories.

He is a comedian and an animator, whose works are celebrated all over the world. He was born on the 15th of February 1954 in Portland, Oregon, United States.

The American cartoonist is a simple man to the core. Despite having that much fortune, he still loves to drive around in his Toyota Prius.

Matt Groening is said to own a house in Portland despite staying in Los Angeles with his family. He acquired the Portland home because the city reminds him of his childhood. He grew up in western part of Portland.

The cartoon also acquired a mansion in the Idyllic Santa Monica, California for $11.7 million. The house has facilities such as swimming pool, Tennis court, garden, 5 beds and so on.

Being the second richest comedian in the world, Matt Stone could only hope for the first position. He was born on the 26th of May 1971 in Houston, Texas, United States.

The famous American comedian has also worked as a voice artist and an animator. Matt Stone gained prominence after the creation of the satirical and controversial cartoon ‘South Park’.

We do not have any information now on the type of cars he drives. Seems he is a bit private when it comes to flaunting what he owns in his garage.

Matt Stone lives in Venice in L.A with his wife and 2 kids. He reportedly put the house for sale in 2020 for an asking price of $4.5 million.

Jerry Seinfeld is the richest comedian in the world. He has amassed fortune for himself through his crafts as a comedian, actor, writer and a producer.

He became very popular after the debut of his sitcom “Seinfeld”. The American comedian was born on the 29th of April 1954 in Brooklyn, New York, United States.

Jerry Seinfeld has an amazing car collection. Only Jay Leno and probably David Letter can attempt to compete with the rare cars in his garage. Just like Jay, his cars run up to 150.

His Porsche collection is what car enthusiasts will talk for years to come. Jerry Seinfeld own exotic Porsche models such as:

Jerry Seinfeld is a big fan of classic cars. This is why he has so many of them. Some of the other cars you will find in his collection include:

Check out the video of Jerry Seinfeld cars here:

Just like you, we were curious to know the number of houses the richest comedian 2021 owns. For your information, he has many houses across major cities in the US to his name.

Jerry Seinfeld lives in his East Hampton, New York home, which he acquired for $32 million in 2000.