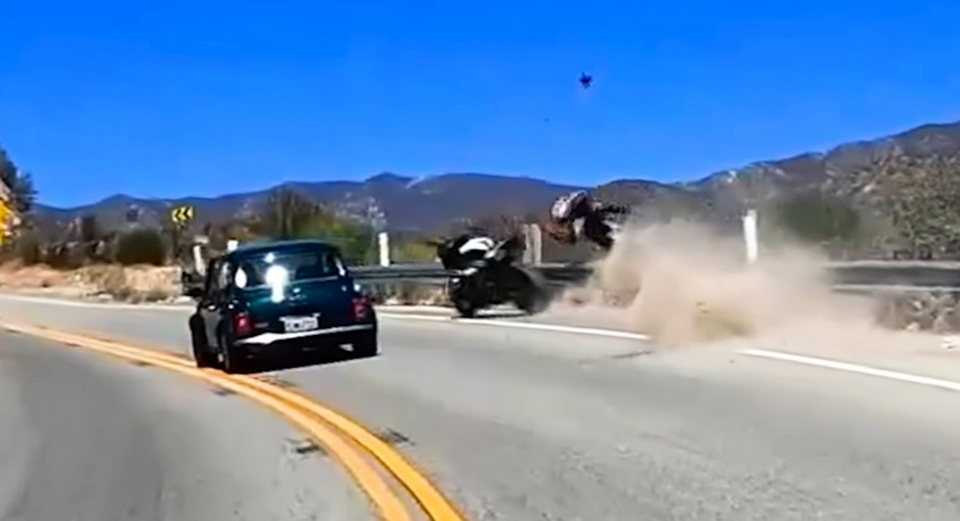 Hands up if you’re a biker. While my first and constant love was cars, somewhere along the way I was bitten by the motorcycle bug. There’s not much that compares to the liberating experience that is two wheels, with a connection between rider and machine that is difficult to replicate this side of a Caterham.

Of course, bikes, by design, are inherently more dangerous than cars. And for the tens of thousands of riders who recognize this, there are a few who don’t. Or, even if they do, they choose to ignore it, preferring to endanger themselves and road users around them.

Judging by the footage in this video, this rider belongs to the latter, perhaps doing such antics for a few extra YouTube likes. That’s one possibility as said rider, who goes by the name Max Wrist, opens this video with a shot of him doing over 100 mph (160 km/h), popping a wheelie while passing several cars on a two-lane road with oncoming traffic.

And while the majority of the video makes for some heart in mouth stuff, it gets really frightening towards the 3:46 mark, (cued up below — language warning!). Wrist’s camera apparently stops recording due to the impact, but the ensuing carnage is captured by his riding buddy.

In the slow-mo, it appears that the biker and Mini narrowly avoid making contact. However, the near-miss puts the biker onto the sand, before he slams into the guard rail. Wrist is then thrown up and over, while his bike is sent into the oncoming lane — the Mini driver somehow avoiding being hit for a second time.

Although apparently unconscious after the impact, the biker involved is said to be OK, bar a few broken bones. In fact, he was lucky not to get sent over the edge of the cliff-face. Hopefully, it’ll be a lesson to not only the YouTuber, but also anyone trying to emulate this kind of riding style — it could have been a lot worse for all parties involved.