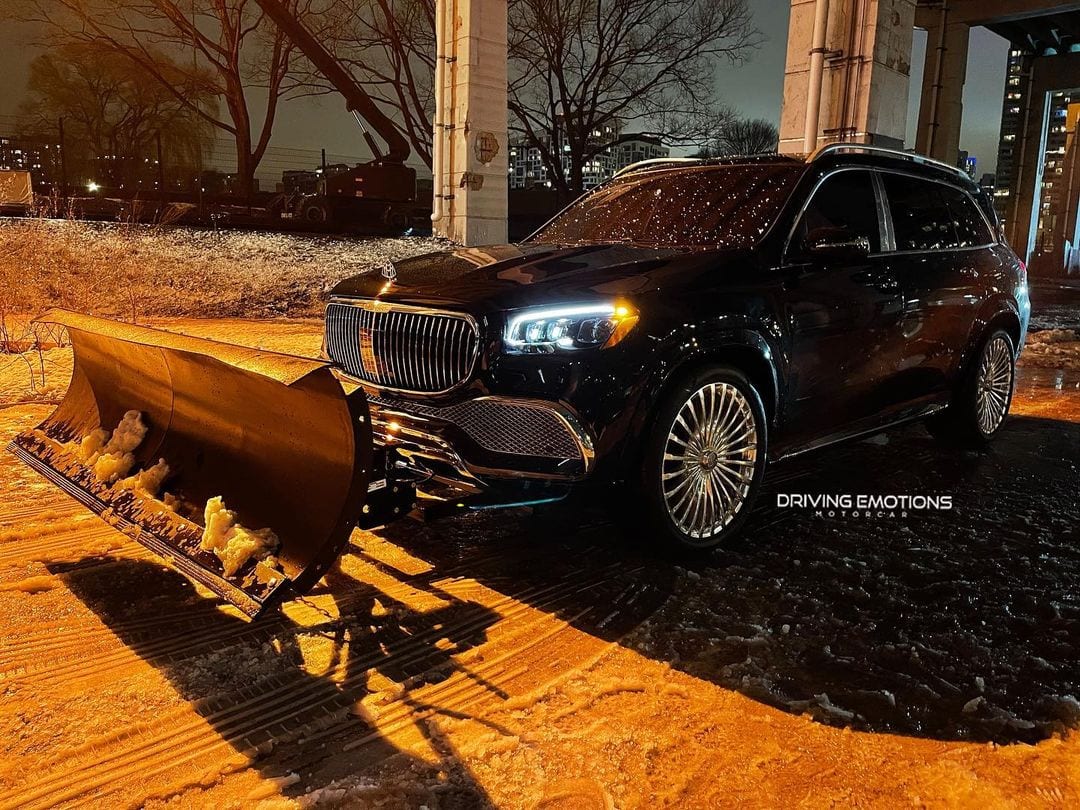 The super-talented Canadian singer Drake has come up with what we should consider the most expensive snow plow in the world. He reportedly fitted the snow plow on his newly acquired Mercedes-Maybach GLS 600 to get rid of snow in his brand new music video “What’s Next”.

From what we learnt, the very first Maybach Snow plow is a masterpiece, created by Tony Bet, who has been doing the custom jobs on Drake’s cars for quite some time.

Drake flaunted his Mercedes-Benz SLR McLaren Roadster doing donuts in the snow and also his private jet. From the music video, we could see how Drake got behind the wheels of this luxury Mercedes-Maybach GLS 600 SUV equipped with the snowplow to get the snow cleared off the streets.

The custom guy Tony Bet also went on his social media account to post the picture of this dazzling snow plow, with the caption:

“Yours dances, ours plows!

Aside from the plow attachment we see on the outside of the luxury SUV, the cabin is quite exquisite and obviously one of the best looks offered from the automaker on its production vehicles till date.

Drake hasn’t revealed how much he spent on the modification, but to get the standard version of this SUV, you will need to spend at least $160,000. The 2021 Mercedes-Benz GLS 600 is the most opulent model in the Mercedes lineup with ultra-luxury interior. It is an all-wheel drive model fitted with a 4.0-liter Twin-Turbo V8 engine, mated to 9-speed automatic transmission.

The SUV rides on 21-inch wheels with bespoke interior finishes. It offers the automaker’s MBUX infotainment system with two screens. Drake has quite a fascinating car collection, including the likes of Ferrari LaFerrari, Mansory Bushukan Rolls Royce Phantom, Mercedes-Maybach and other exclusive luxury cars