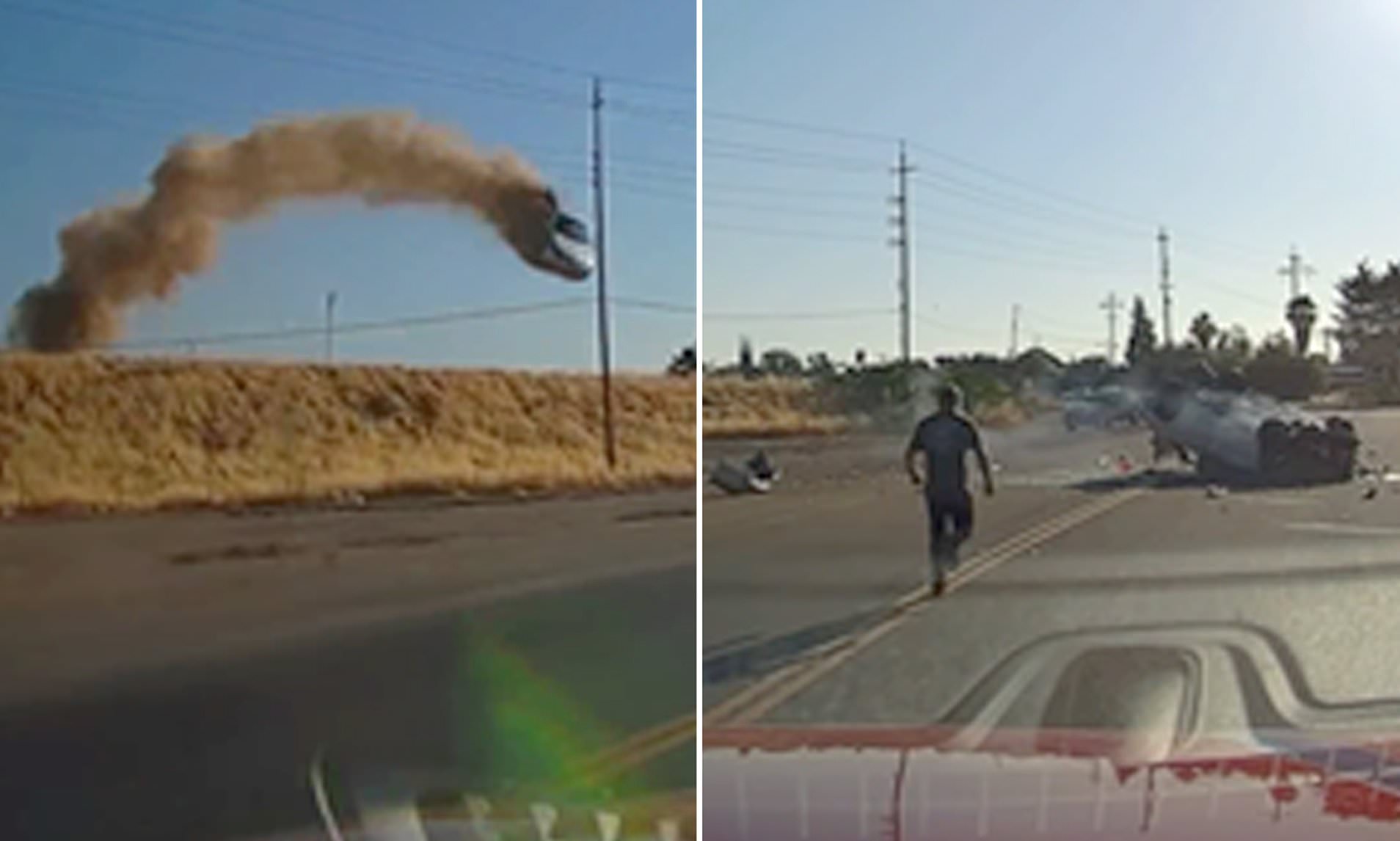 The driver of a sedan has been lucky to survive a truly horrifying crash.

The accident happened somewhere in the U.S. on July 14 and was captured on the dashcam of a nearby motorist. The incident was akin to something you would expect to only see in a Hollywood film – provided the script stipulated that the car would be utterly destroyed.

As the cammer comes around a right-hand bend in the road, a sedan suddenly appears for an overpass berm and flies through the air, soaring what has to be at least 80-feet and slamming into the road below, coming to a rest directly in front of the cammer.

Footage shows that the front of the sedan took the brunt of the initial impact before it spun around and the car flipped and landed on its roof.

The driver and passengers of the car with the dashcam were visibly shocked with what they had witnessed and immediately called 911. Soon after, witnesses rush over to the wreck. The cammer states that there was a woman behind the wheel at the time of the crash but that she somehow managed to survive. However, it is unclear whether she suffered any injuries.

It’s difficult to say how the driver of the sedan managed to speed up the side of the overpass berm but regardless of the why and how, it’s fortunate that no one was killed.