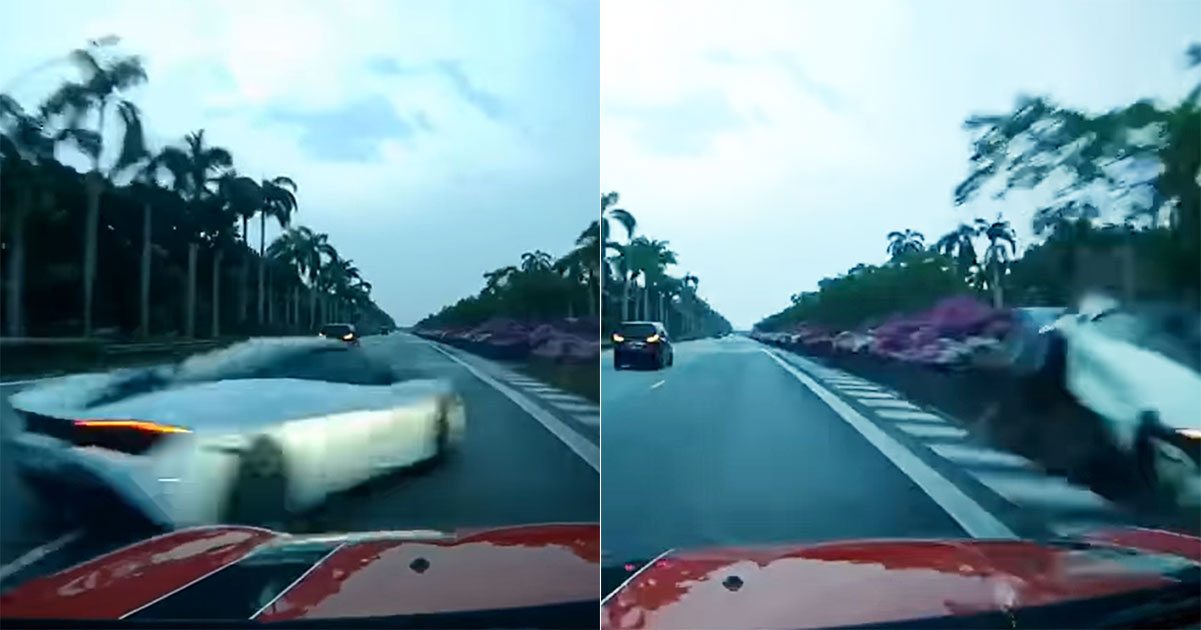 The driver of a McLaren 720S has been hospitalized after crashing their supercar on a highway in Singapore.

The incident happened at approximately 7:40 a.m. on July 7 and the dashcam of a nearby vehicle captured the entire crash on film. In the video, the 720S can be seen traveling along the left lane of the highway when the driver aggressively swerves to the right. The British supercar then slams into the median in the center of the road and soars into the air. It ultimately came to a rest in the middle of the median, surrounded by flowers, The Independent reports.

It is hard to know why the 42-year-old driver of the McLaren veered across the road in the way that he did. He may have been distracted, the car may have suffered some kind of issue, or it could have been something else. Regardless of the reason, images taken after the scene, show that the 720S was left a broken and twisted mess after the crash.

The front of the supercar has been torn to shreds and the headlights are missing. Meanwhile, the rear of the supercar appeared to get stuck in the median and fortunately, the driver was able to open the doors to escape. Evidently, the 720S isn’t repairable and will probably be sent straight to a scrapyard.

Making the crash all the more saddening is the fact that in Singapore, a brand new McLaren 720S costs the equivalent of over $730,000.