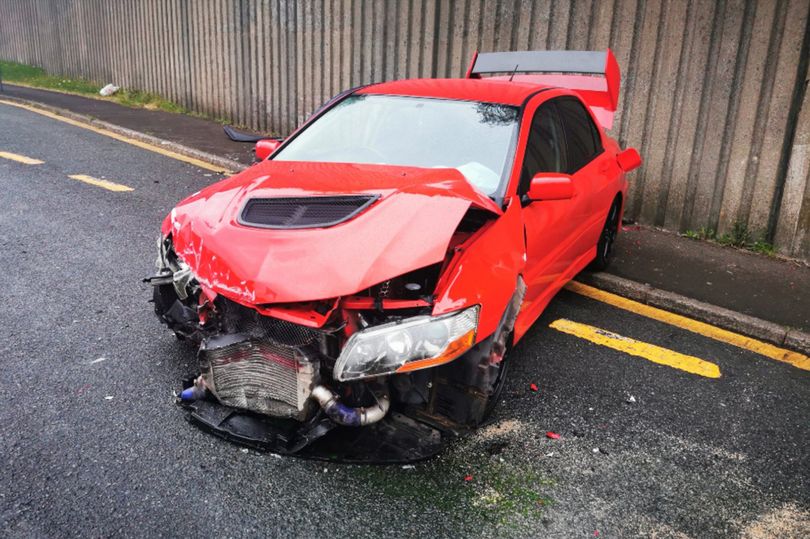 According to a fresh report, the man (27) who reportedly won £30,000 Mitsubishi Evo IX wrecked it in Pontypridd. The man identified as Adam Griffiths had to delete his Facebook account having received a lot of backlash from people online.

Griffiths won this expensive car and an additional sum of £1,000 in the Dream Car Giveaways competition held on the 26th of April, 2021. The man had to travel up to 90 miles just to claim his prize. Surprisingly, he crashed this sportscar just two days after he collected it. As a result, the 27 year-old and another occupant in the car sustained minor injuries from the crash.

The man wasn’t really bothered about the state of the car as he counted his blessing for escaping the accident with the passenger without serious injuries or death. It was also revealed by a spokesman that emergency services were informed of a possible one-car crash which took place on Cardiff Road, Glyntaff in Pontypridd.

The driver was said to be driving the car recklessly without paying any form of attention to the road. It was also confirmed by the organizers of the Dream Car Giveaways that the car that was totaled was the exact model that was given to the man as a prize.

Before the crash, photo of Adams smiling next to the car was posted by the company online with a caption:

“Adam Griffiths was straight over today to collect this stunning Evo IX he won in last nights draw.

“A lovely example this was, which I’m sure he will get many happy miles from! Enjoy”.

So far, we don’t if the owner is willing to pay a lot of money to restore it back to its former glory. At least, he has learnt his lesson to drive safe next time.