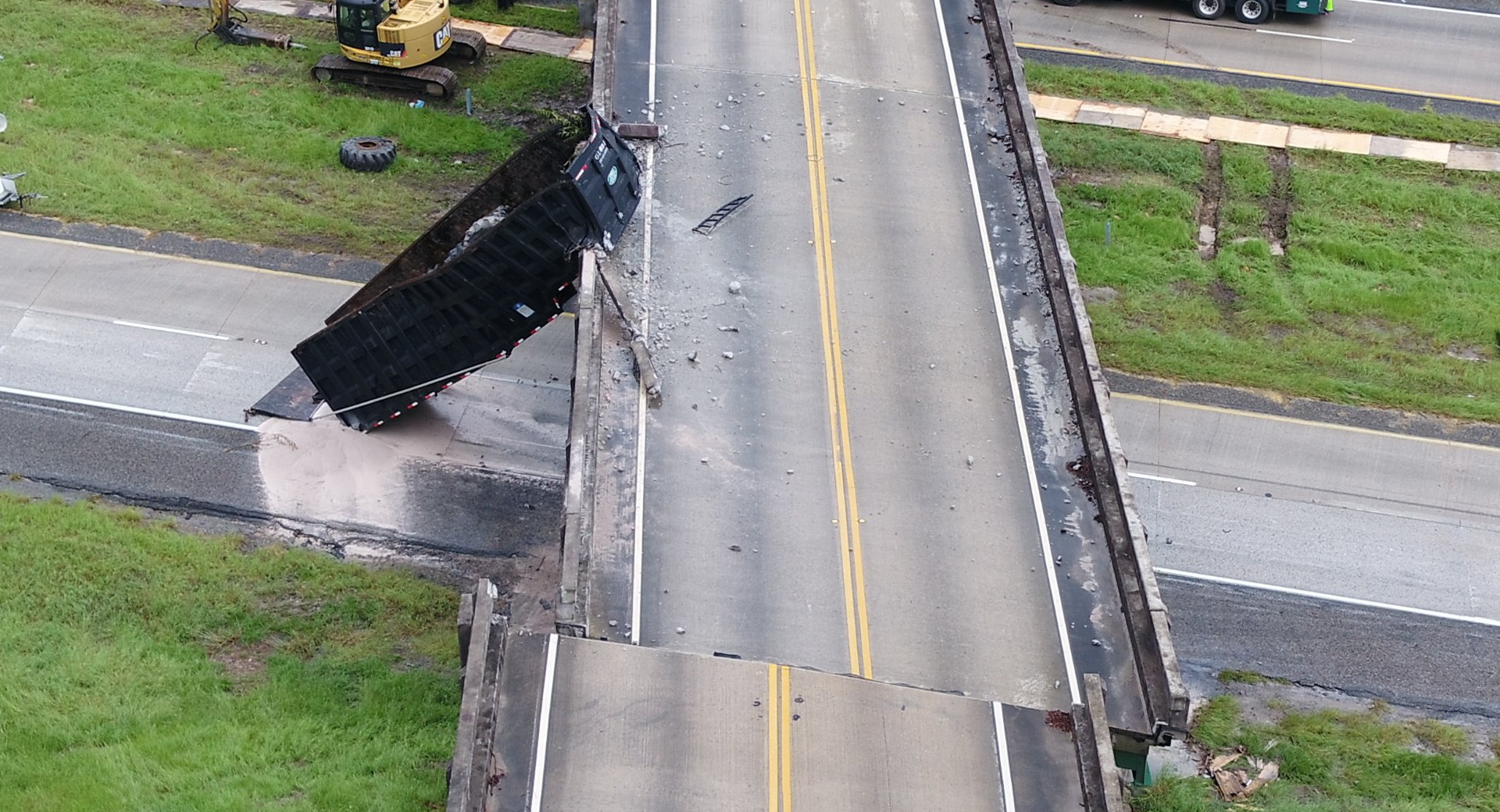 Large sections of a Georgia freeway were shut down Thursday after a dump truck driving along the I-16 with its bed up hit an overpass, moving the bridge almost six feet off its mark. Fortunately, no one was hurt in the accident, which occurred in the middle of the night.

Naturally, the bridge can no longer be used safely. Shortly after the accident, crews began the demolition of the bridge, which will have to be rebuilt. As you might expect, Georgia officials say the incident will cause “dynamic traffic issues” along a stretch of highway that acts as the main thoroughfare between Atlanta and the Atlantic coast.

According to the Atlanta Journal-Constitution, the stretch of road sees 21,000 vehicles per day. Alternate routes have been laid out that add between 10 and 24 miles to motorists’ drives, depending on their direction of travel.

In a video published on YouTube, a representative from the Georgia DOT said that many of the group’s engineers had never seen an accident like this one that moved a bridge by nearly six feet. The official added that the plan was to get the trailer out of the way and remove as much of the bridge as possible this weekend in order to reopen one lane in each direction next week.

The following weekend, the bridge will be completely removed. Westbound traffic on the I-16 is being prioritized to aid freight traffic and get it moving again out of the Port of Savannah.