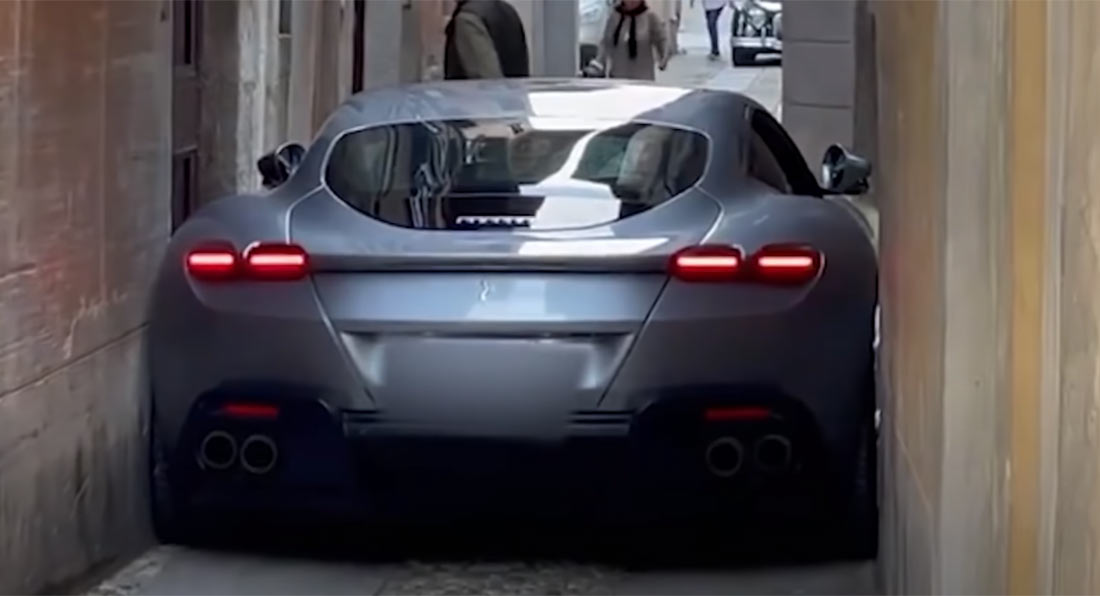 The owner of a Ferrari Roma recently discovered the hard way that the front-engined GT car isn’t ideal for some of the narrow streets you’ll find in Italy.

It is unclear exactly where in Italy this video was filmed but it shows the Roma wedged between two walls. It seems likely that the owner thought they could squeeze through the narrow street but failed to notice that it actually got narrower the farther it went along.

At 1,974 mm (77.7-inches) wide, the Ferrari Roma is much wider than the small city cars you will often find in city centers throughout Italy.

What’s particularly interesting about the video is the fact that at the road’s narrowest point, the driver of the Ferrari still appears to be trying to squeeze through the gap and has someone guiding them through. Soon after, a lady can be seen approaching in the background and appears to indicate to the driver that there’s simply no way the Roma will make it.

It’s hard to tell if the Ferrari made any contact with the walls but we’d be surprised if it didn’t, at the very least, get some scratches across its rear quarter panels and wheels.

It’s impossible to know why the driver tried to get through this narrow street in the first place and didn’t try to find an alternate route to their destination rather than risk damaging his rather expensive supercar.