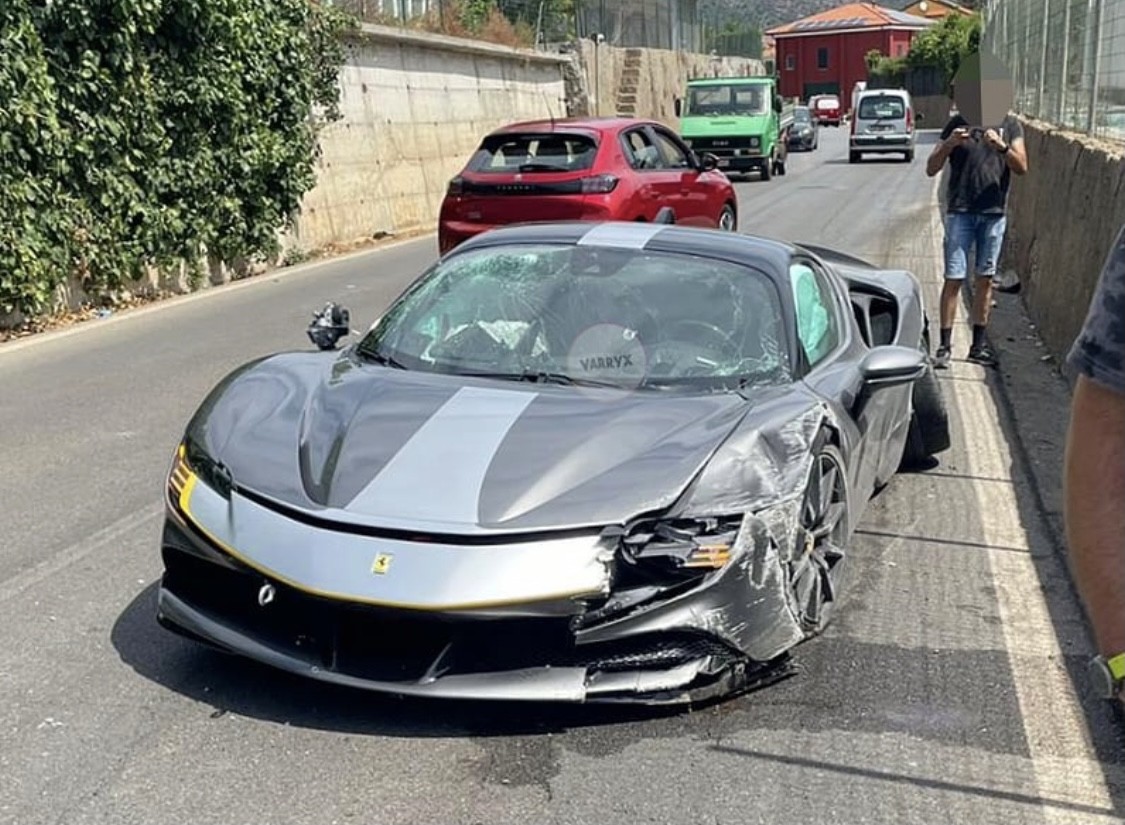 An example of the SF90 Stradale, the most powerful and most expensive vehicle in Ferrari’s current line-up, was crashed a few days ago in Italy. A series of photos published on Instagram by YouTuber Varryx, showcase the extent of the damage.

The incident occurred in the Ventimiglia area. While we don’t have information about what happened, it’s obvious that the Ferrari smashed on the concrete barrier. There is liquid spilled on the road from the front end but it seems that no other vehicle was involved.

As it is evident from the photos, the windscreen and the right wing mirror have been damaged and the airbags have been deployed, although it’s the driver’s side has suffered the most serious damage, with the front and rear fenders, front bumper, and headlight needing replacement. The angle of both carbon fiber wheels on the left side shows that the suspension is also destroyed. If the chassis is intact, there is a chance that the car will be deemed repairable but one thing is for certain – getting it back on the road won’t come cheap. We hope that everyone involved in the accident is safe and sound.

The car was fitted with the optional Assetto Fiorano Package which sheds 30 kg (66 pounds) of weight. Upgrades include the carbon-fiber wheels shod in Michelin Pilot Sport Cup 2 tires, a titanium exhaust, stiffer suspension with Multimatic dampers and titanium springs, as well as a carbon-fiber rear spoiler for extra downforce. We don’t know if the crashed example is the same as the car shown in the video below but it surely has a matching specification.