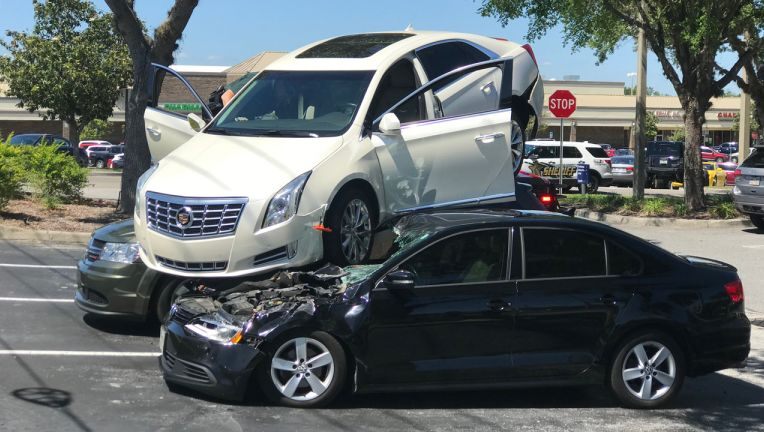 Florida is known for its crazy accidents and the latest one that took place in Clearwater, earlier this month, features a Nissan launching itself between two other vehicles.

As you can see in the clip, an assortment of vehicles are waiting to turn left at a red light. After the light changes, traffic starts moving following some slight hesitation and an angry honk.

After making the turn, a truck pulls out in front of the dashcam-equipped vehicle and a Jeep Wrangler located in the right lane. As the Jeep brakes to slow down, the Nissan behind them attempts to squeeze in between the two vehicles.

There clearly isn’t enough room for this maneuver and it appears the Nissan drives up the Wrangler’s left rear wheel. This effectively launches the car between the two other vehicles and the Nissan flips on its side, before coming to a rest on its roof.

Traffic predictably comes to a halt as the driver of the car manages to free herself. Little else is known about the crash, but the user says his friend was driving the Jeep and it wasn’t damaged in the crash.