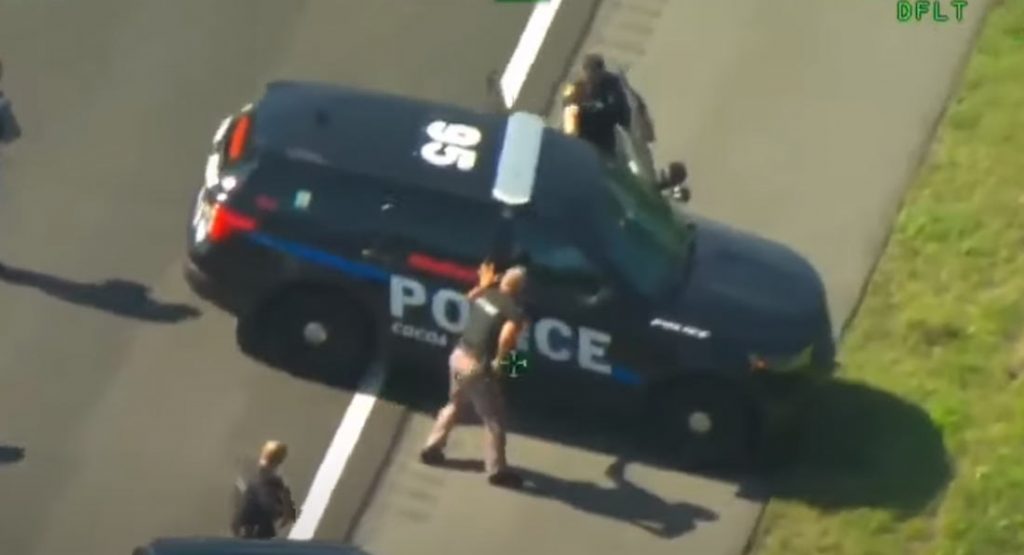 The chase started on Thursday, May 6 when police responded to a disturbance at a motel. However, when they went to investigate, 33-year-old Xavier Javern Cummings jumped into a patrol car and took off.

Authorities quickly pursued the man and according to Volusia County Sheriff Mike Chitwood, successfully performed a PIT maneuver on the stolen police vehicle, forcing it to spear off the road and crash into trees in a forested area.

However, that didn’t stop Cummings. When officers tried to arrest him, he bolted and jumped in a Ford Explorer Police Interceptor that was left unattended and started to speed down the highway.

The Cocoa police department said in a statement:

“The suspect and the vehicle were in the wooded area just off the highway,” As officers attempted to take the suspect into custody, he fled, jumped into another Cocoa patrol vehicle and continued north.”

Cummings continued to speed down I-95 for a further 8-10 miles before stop sticks punctured the Explorer’s tires, forcing him to pull over on the median where he was promptly taken into custody.