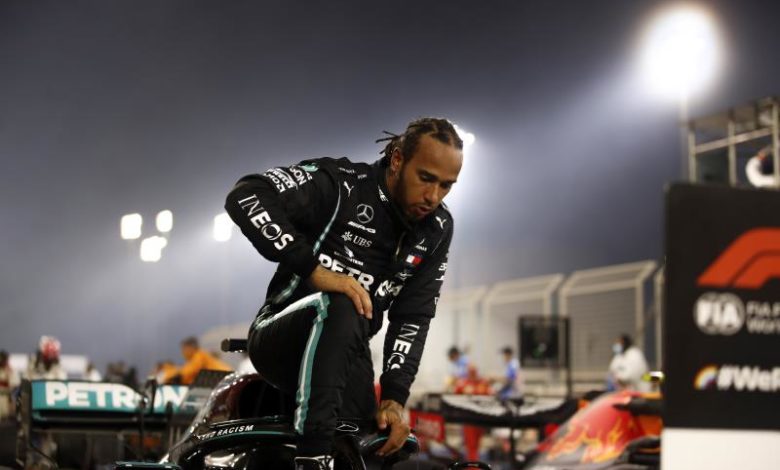 Just couple of days ago, Lewis Hamilton was among the 20 drivers in the event that saw Romain Grosjean escape miraculously after his car crashed into the barriers and went up into flames. Just when we are still wrapping our heads around that shocking event, we got more shocking news.

Mercedes-AMG Petronas driver, Lewis Hamilton, has just reportedly tested positive for the deadly coronavirus. He is currently into mandatory isolation.

By implication, the 7-time world champion will not partake in the upcoming race this weekend. The team is currently on the hunt for the best replacement for him till he recovers fully from isolation.

According to report, Lewis Hamilton was tested 3 times last week and the test came back negative on the three occasions. The last test he had was for the Bahrain event which was held on Sunday afternoon. A subsequent test result came out positive while he is only suffering from mild symptoms. This information was made known by the Petronas team during an official press release.

Lewis Hamilton also took to his social media accounts to share this shocking news to his fans, friends and family.

Fortunately for Hamilton, he has been crowned champion for the record 7th time. So, he should worry less despite not having to add more championship points to his belt while on quarantine.

While the team is looking for a replacement to participate in the upcoming event this weekend, we believe Soffel Vandoorne, who is presently testing for E in Valencia, is a good driver to consider for this vacant position. Nico Hulkenberg or George Russell is also a reasonable option for the team. Hopefully, Mercedes will get someone to fill the big shoe left by Lewis Hamilton temporarily.