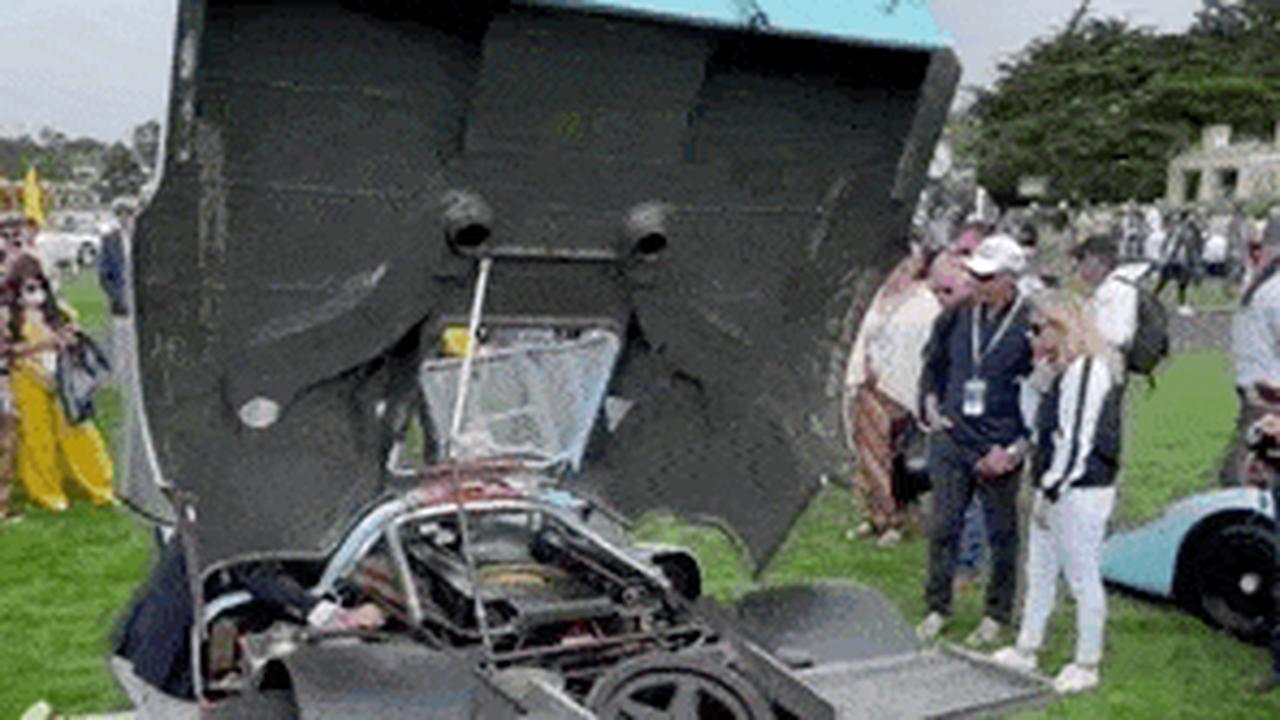 A man discovered the hard way just how important it is to start a stick shift car in neutral during the recent Monterey Car Week.

This Gulf-liveried Porsche 917 was displayed at the Pebble Beach Concours d’Elegance alongside 12 other 917s in what made from an unbelievable show to celebrate the 50th anniversary of the car’s Le Mans 24 Hours triumph.

A video posted to Instagram shows a man kneeling next to the 917 and trying to turn over the engine. However, he had left the racer in gear and as soon as the flat-12 fired into life, the car leapt forward. Attendees were forced to jump out of the way as the car accelerated while the man was dragged along for the ride, desperately clinging on to the Porsche’s massive sills. The engine eventually stopped, although it is unclear if that’s because it stalled or because the man was able to switch off the ignition.

To the man’s credit, he didn’t seem too concerned with the mistake and quickly informed the crowd that the car had been left in gear. He then fired up the engine once again, this time while the transmission was in neutral.

As we discovered last month, actually starting a Porsche 917 is a very complicated process that requires warming up the oil, turning on a multitude of switches, plugging in an auxiliary battery, and using the mechanical throttle linkage to hold the revs at around 2,000 rpm until all the fluids are up to temperature. Before doing all that, though, you wanna make sure the car is in neutral.