Harry Kane net worth vs. Lewandowski net worth 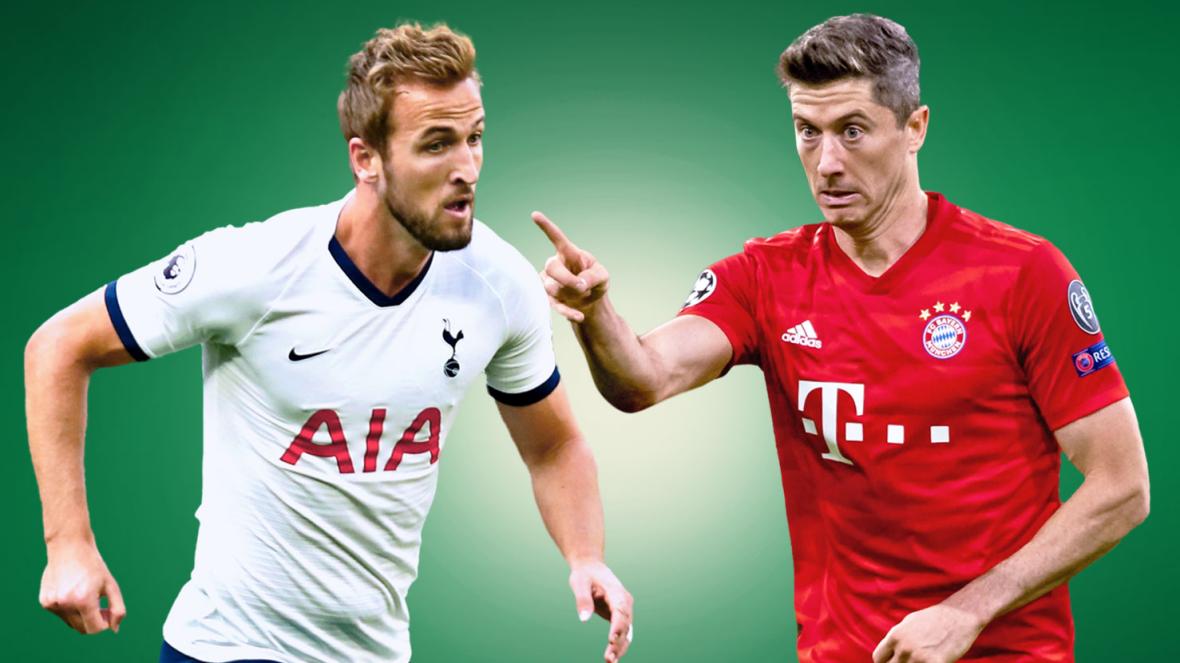 Harry Kane and Lewandowski are considered two of the best strikers in the world right now. In fact, if you mention the top two, the duo will arguably make the list. They are nightmares to defenders both at club and national levels. They are considered world class strikers by all standards. However, there has been a lot of argument which is mostly based on the amount of trophies and individual awards won between the two.

While Harry Kane has spent most of his years at the North London club Tottenham Hotspur, Lewandowski came into limelight when he was playing for Borrusia Dortmund. Talk of goals, these two can score from anywhere and they hardly show any weakness.

Here, we will be comparing their net worth, cars, houses, career stats and private jets. The question is: who is richer between Harry Kane and Robert Lewandowski in 2021? Find out here:

Born on the 28th of July 1993 in Walthamstow in England, Harry Edward Kane MBE is one of the best strikers in the world. He is a professional English footballer who plays as an attacker for Tottenham Hotspur, and the England national team. He is the current England’s captain and won the golden boot at the 2018 FIFA World Cup in Russia. He has won the golden boot award for an impressive three times at his English clubside.

Harry Kane started his footballing career at Spurs, where he rose through the youth academy to become a regular starter with the senior squad. Before he burst into the scene at Tottenham, he was loaned out a couple of times with the likes of Leyton Orient, Leicester City, Norwich City and Millwall.

The arrival of the Argentine coach Mauricio Pochettino at Tottenham Hotspur in 2014 brought fortune to the striker, who exploded under his man-management style. His first season under the manager, Harry Kane scored 31 goals in all competitions, where he was named the PFA young player of the year. In 2012, Harry Kane emerged as the all-time second top scorer at the North London club.

Kane became England captain in 2018, and has gone on to score 35 goals in 58 Appearances. His best club season so far was in the 2017/18 season where he scored 41 goals in 48 appearances, beating the likes of Lionel Messi, Cristiano Ronaldo and his arch rival Robert Lewandowski. He has represented the England national team at major tournaments such as 2016 UEFA Euro, 2018 FIFA World Cup and the 2020 UEFA Euro.

Harry Kane was born to his Irish father Patrick Kane and his mother Kim. He has one brother, Charlie, who happens to be his elder brother. He attended Larkswood Primary Academy and Chingford Foundation School, a school that was also attended by the famous David Beckham. He began playing football at a tender age of 6. He revealed recently that he has always idolized Teddy Sheringham as his childhood role model. Other people that influenced his pursuit of football are Jermaine Defoe, Brazilian Ronaldo and David Beckham.

Harry Kane tied the knot with his childhood friend Kate Goodland. They reportedly attended similar schools while growing up. The duo announced their engagement in 2017 and got married in 2019.  In 2017, Harry and Kate welcomed their first child Ivy Jane Kane, which followed with the announcement of their second child and third child, Vivienne Jane Kane and Louis Harry Kane respectively.

Harry Kane was appointed a Member of the Order of the British Empire (MBE), which is considered one of the most prestigious awards attainable in England. He earns over £200,000 weekly at Tottenham Hotspur. His net worth has been estimated around $40 million. He makes an annual income of $16 million from his club. Harry Kane endorsements include the likes of Hugo Boss, Dr Dre, BT Sport and Lucozade Sport.

The Harry Kane Manchester City saga is one of the hottest transfer news around. He is expected to smash the transfer record after the club rejected the first bid from the club. The English talisman is expected to be tempted to City in his bid to win trophies and of course earn more money. Regardless, he is one of the highest paid players in the English Premier League.

Born on the 21st of August 1988 in Warsaw, Poland, Robert Lewandowski is considered by many as the best striker in the world right now. He is a Polish player that plays for Bayern Munich, a German club and Poland national team. He is the current captain of his national team and was named the FIFA Best Player of the Year in 2020.

Lewandowski was named Robert by his father to make his life outside Poland easier. His father Krzyszm, who was a Polish judo champion, passed away in 2005. His mother, Iwona, was a former volleyball player and his sister, Milena, also plays volleyball for the U21 Poland national team.  Lewandowski’s wife, Anna Lewandowska, is an athlete, who won a bronze medal at 2009 Karate World Cup. Robert Lewandowski married his wife in 2013, a union that has produced two daughters.

Robert Lewandowski is unarguably one of the most successful players in Bundesliga history. He has scored more than 500 goals at the senior level for both country and club. The polish striker moved to Lech Poznan after emerging as top scorer in second and third tiers of Polish Football. He won the 2009/10 Ekstraklasa with Lech Pozman before he moved to Borrusia Dortmund in 2010. He won back to back Bundesliga titles with the German club, where he emerged as the top scorer in the league.

Lewandowski was part of the Borrusia Dortmund Squad that featured in the 2013 UEFA Champions League Final, where they suffered defeat to Bayern Munich in a thrilling fixture. He joined Bayern Munich in 2014; where he went on to win 7 consecutive league titles. His best season so far was in 2019/10 where he won the treble with his club. He is the only player after Johan Cryuff to emerge top scorer across all competitions in a treble-winning season.

He made his debut with the Poland national team in 2008, where he has made 128 appearances. He has represented the senior national team at the 2012 UEFA Euro, 2016 UEFA 2016, 2018 FIFA World Cup and 2020 UEFA Euro tournaments. He has won the Polish Player of the Year Award an incredible nine times. He won the UEFA Men’s Player of the Year Award in the same year he won the FIFA Men’s Player Award. He has also won the player of the season award in the Bundesliga for 5 years and top scorer award for 5 seasons.

Lewandowski makes as much as $16 million annually at Bayern Munich. His net worth 2021 is put at $45 million, making him slightly richer than Harry Kane. He is the brand ambassador for the likes of Procter & Gamble, Oshee, Gillette, Head & Shoulders and so on.

Harry Kane made headlines recently when his Range Rover was stolen by yet to be identified thieves during the daytime. The thieves apparently gained access to the car with the use of an electronic device, in what was considered as bizarre car theft.

He has proven himself to be a big fan of luxury cars and of course loves to travel in style. He also owns a Bentley Continental Supersports, a Jaguar F-Pace and a Range Rover Autobiography.

Harry Kane and his wife Kate splurged £17 million on a rented luxury apartment. The house is said to look very stunning with lots of state of the art facilities.

The luxury home features 7 beds, indoor gym, a massive TV room and a man cave where he displays all his jerseys. The house is said to be a rented apartment, where he pays as much as over £750k every year.

Robert Lewandowski seems to edge Harry Kane in terms of car collection. One would understand the reason considering the lethal striker is a super big fan of motorsports.

He owns several exotic cars in his garage. Some of the luxury cars you will find in Lewandowski collection include a Porsche 911 Speedster, a Ferrari F12 Berlinetta, an Audi RS6, two Bentley Continental GT and a Maserati GranTurismo sport.

Lewandowski might have better car collection than Harry Kane, but the English talisman seems to live in a more luxury apartment. Regardless, Lewandowski’s £7m deluxe home in Warsaw in Poland is nothing short of breathtaking. His home is said to feature a golf simulator and other sporting facilities.

The house also has an indoor gym, a wine cellar, a large living room area and other incredible house features. It was designed by Polish-American architect Daniel Libeskind for the comfort of the Polish superstar.

The Polish striker loves to show off his lavish lifestyle and vacations on his social media accounts, many of which show the pictures of his wife. He has been spotted around a private jet on a few occasions. No one can really say if he owns one or loves to charter it. The fact is: he loves the finer things of life.

Just like Robert Lewandowski, Harry Kane has been spotted many times with his wife Kate flying in style in a private jet. No official record says he owns one. If he wants, he can actually afford one. The most recent picture was during the pre-Euro 2020 holiday.

Harry Kane net worth isn’t up to that of Lewandowski, but it’s just a little difference. The two love to live life to the fullest. While Harry Kane might not have achieved up to Lewandowski especially in areas of individual and club awards, he has won himself a couple of accolades as well. The two are big fans of luxury cars and they rest their heads in astonishingly expensive homes.