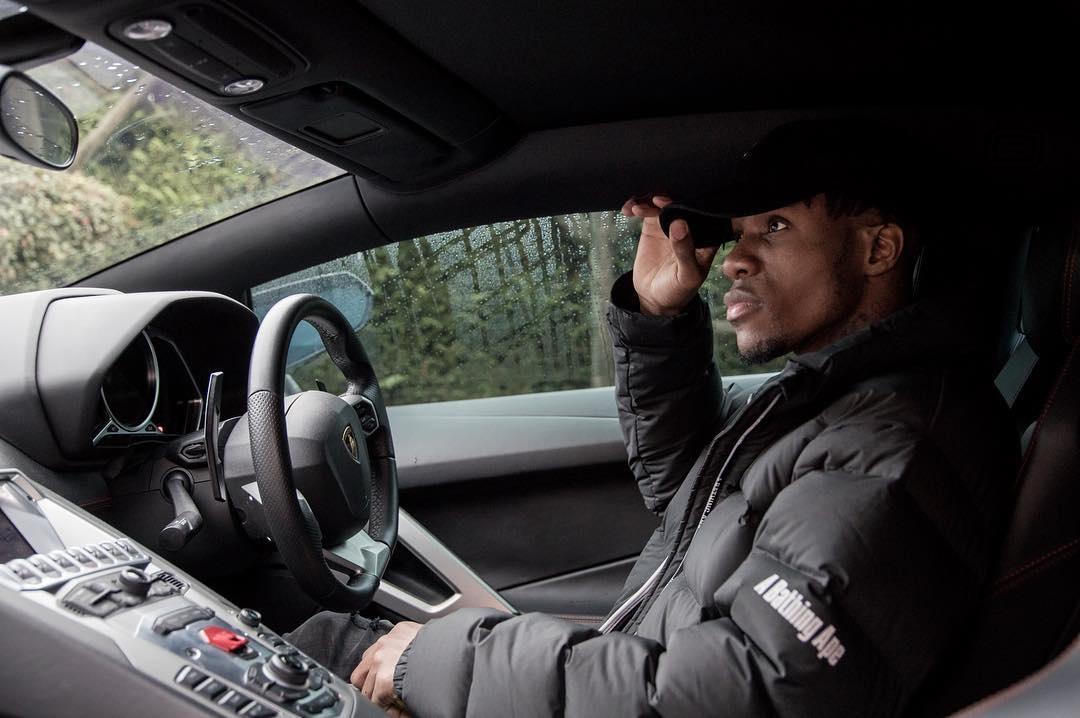 A new baby was recently welcomed into the Wilfried Zaha’s car collection, and it is a beautiful whip that set the Crystal Palace and Ivorian star back with £200k. Collection of expensive cars is a popular culture among footballers and other celebrities across the globe. Zaha isn’t an exception to this either. The Ivorian star recently took delivery of this Rolls Royce Dawn, from a Derbyshire supercar dealership, to his south London home. The dealer, Carl Hartley, has a reputation for selling super expensive cars to celebrities such as football and music stars. He recently said:

“I was delighted to give the car to him.

Who is Wilfried Zaha?

Born on the 10th of November, 1992, Dazet Wilfried Zaha Armel is a professional footballer who plays for the Ivorian national team and English Premier League top flight club Crystal Palace. The lethal forward began his professional football career from the Crystal Place academy, where he was purchased by the Manchester United for £10 million initial fee.

He however went back to his childhood club on loan, where he helped Palace secure a return to the Premier League. The fast winger returned to Crystal Palace on long loan after an unsuccessful 2013/14 season with the Red Devils. He won Community Shield with Man United before sealing permanent move in 2014 to club where he began his career.

Although, he plays for Ivory Coast, Zaha spent most part of his childhood in England. Interestingly, he featured with England national team in year 2012, where he made two friendly appearances. Winfried Zaha played for the Ivorian national team at the African Nations Cup in 2017. He is best known for his footballing skills such as speed, dribbling and scoring.

Like we indicated at the beginning, Wilfried Zaha is an ardent lover of luxury cars. His amazing car collection drips of fast and super-expensive whips. He is quite envy among his national and clubside mates. In his multi-million collection, he boasts of exotic cars such as Lamborghini Aventador, Mercedes-Benz GLE, Rolls-Royce Wraith, Rolls-Royce Ghost, Lamborghini Gallardo, Porsche Cayenne, Mercedes G63 AMG, Mercedes S65 AMG and Range Rover Evogue. See the photos below:

Winfried Zaha’s net worth and girlfriend

According to report reaching us, Wilfried Zaha’s net worth is estimated at 47.9 million pounds. In 2018, the prolific winger signed a contract with Crystal Palace, which put his annual earnings at 6.6 million pound.

Although there has been speculation of possible affairs but we know he dated Moyes Lauren at a time when he was at the Manchester United. Wilfried Zaha has been reportedly dating Bannister since 2016. He recently shared lovely pictures of them on vacation on his social media accounts.

The Crystal Palace star is set to move in to his £2.5 million pound surrey estate. From what we learnt, the luxury home was used for the popular TV show Footballers’ wives. It is a 7-bed house formerly owned by the late Crystal Palace owner Ron Noades. This beautiful house has a swimming pool, where the club’s logo was emblazoned at the bottom.

What do you think about this Wilfried Zaha’s car collection?

See also  Rihanna net worth vs. Beyoncé net worth in 2021