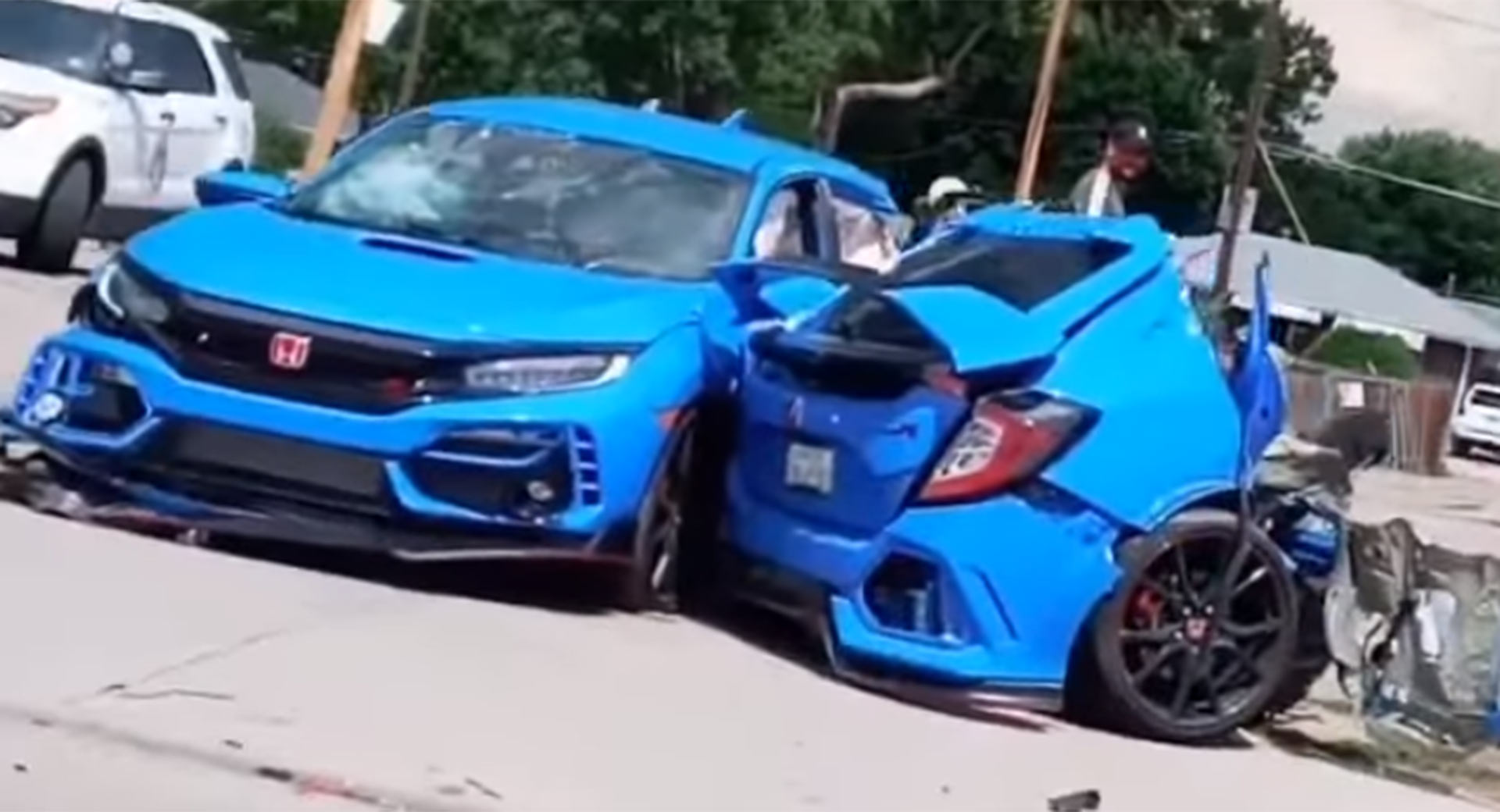 A bright blue Honda Civic Type R was split in half following a terrifying crash in Denver, Colorado.

A video shared to Facebook by Vincent Nieto shows the Civic Type R in two pieces next to a fast-food restaurant. The driver of the car and the mother of the car’s owner both commented on the video, revealing exactly what happened.

According to Renee Gutierrez-Martinez, the hot hatch is owned by her daughter and her daughter’s boyfriend was driving at the time. The boyfriend, Kevin Acosta, claims that they were T-boned by an older gentleman while driving through the intersection of Jewell Avenue and Federal Boulevard. He says this impact pushed the Honda into a light pole where it split in half and slid to a rest on the sidewalk.

Footage taken after the crash shows that the Honda split just behind the rear doors. Had anyone been riding in the back seat at the time, they could have been badly injured or even killed. What’s more, had the Civic hit the light pole in line with the front doors, Acosta and his girlfriend could have been badly injured. Fortunately, they both escaped with minor injuries, as did the driver of the car that allegedly T-boned them.

The Honda will obviously be taken straight to a scrapyard and will never return to the road. However, we wouldn’t be shocked if the car pops up for sale at an online auction as some of its parts, including the engine, might be salvageable.