Runaway van goes up into flames, misses a police car 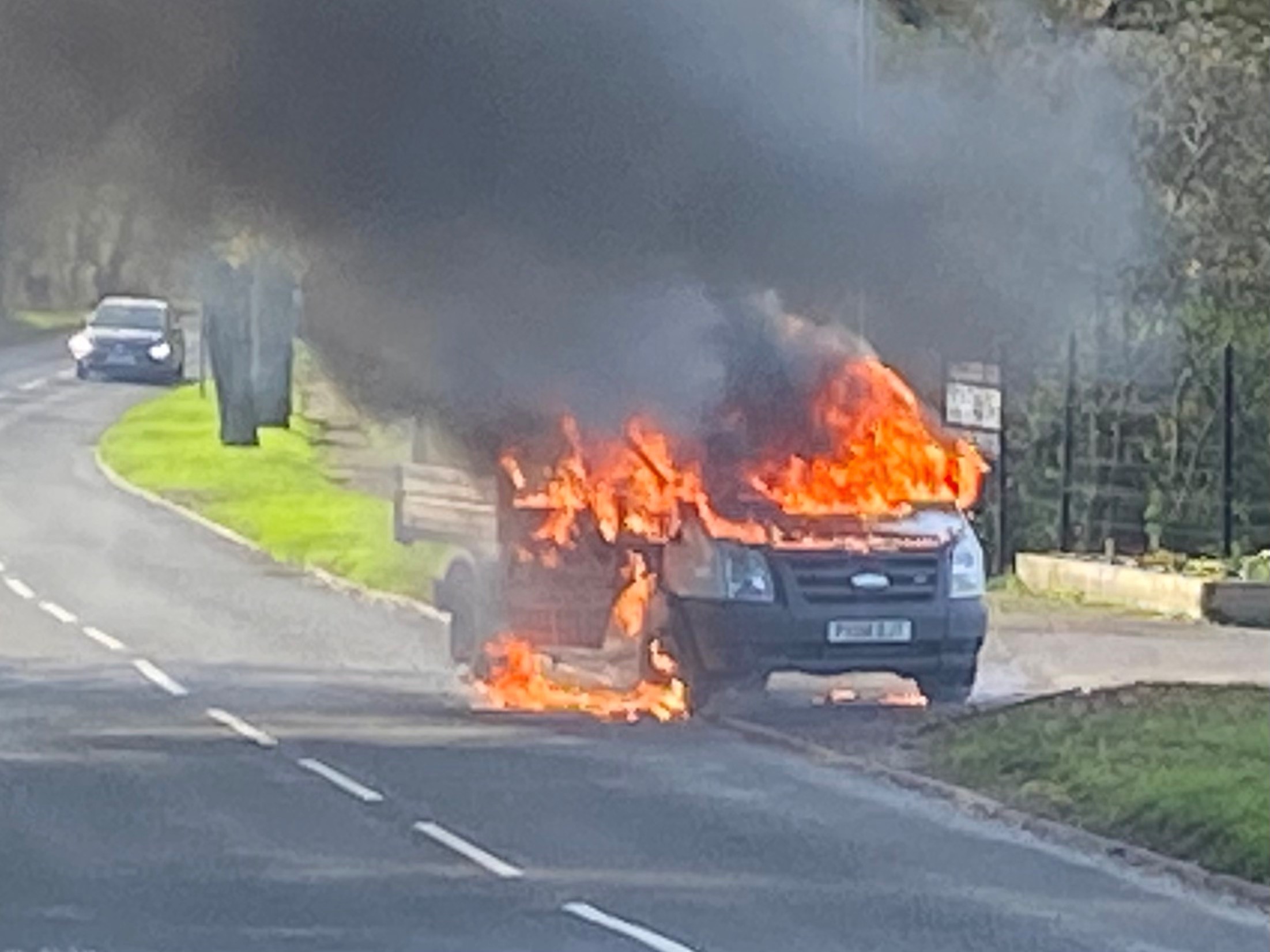 Many would have taken this scene for a blockbuster Hollywood movie. A dashcam got this shocking moment on camera showing when a runaway van engulfed in flames nearly hit a police car and a pedestrian in Fayetteville, Arkansas.

From the video, we could see one officer Harris reacting to the blaze from the van parked on a steep driveway. At the time when the officer parked his car, the burning van’s handbrake gave way and started rolling down the driveway. The officer is seen in the video shouting to a man from the street to watch out for the van.

From what we learnt, the officer had to put his cruiser into reverse and pulled back just as the burning van and its trailer skidded across the road and down the embankment.

“It was a windy day, so it could’ve been really bad, and until the fire department arrived, Harris was a one-man-show. I’m just happy our units responded so quickly so they could put those flames out. Firefighters need heroes and I think Officer Harris was probably their hero that day.”

Fortunately, no one was injured or killed in this incident. The fire crews got to the scene shortly and were able to put out the fire. According to the Fayetteville Fire Department, the fire started from the van overheating.