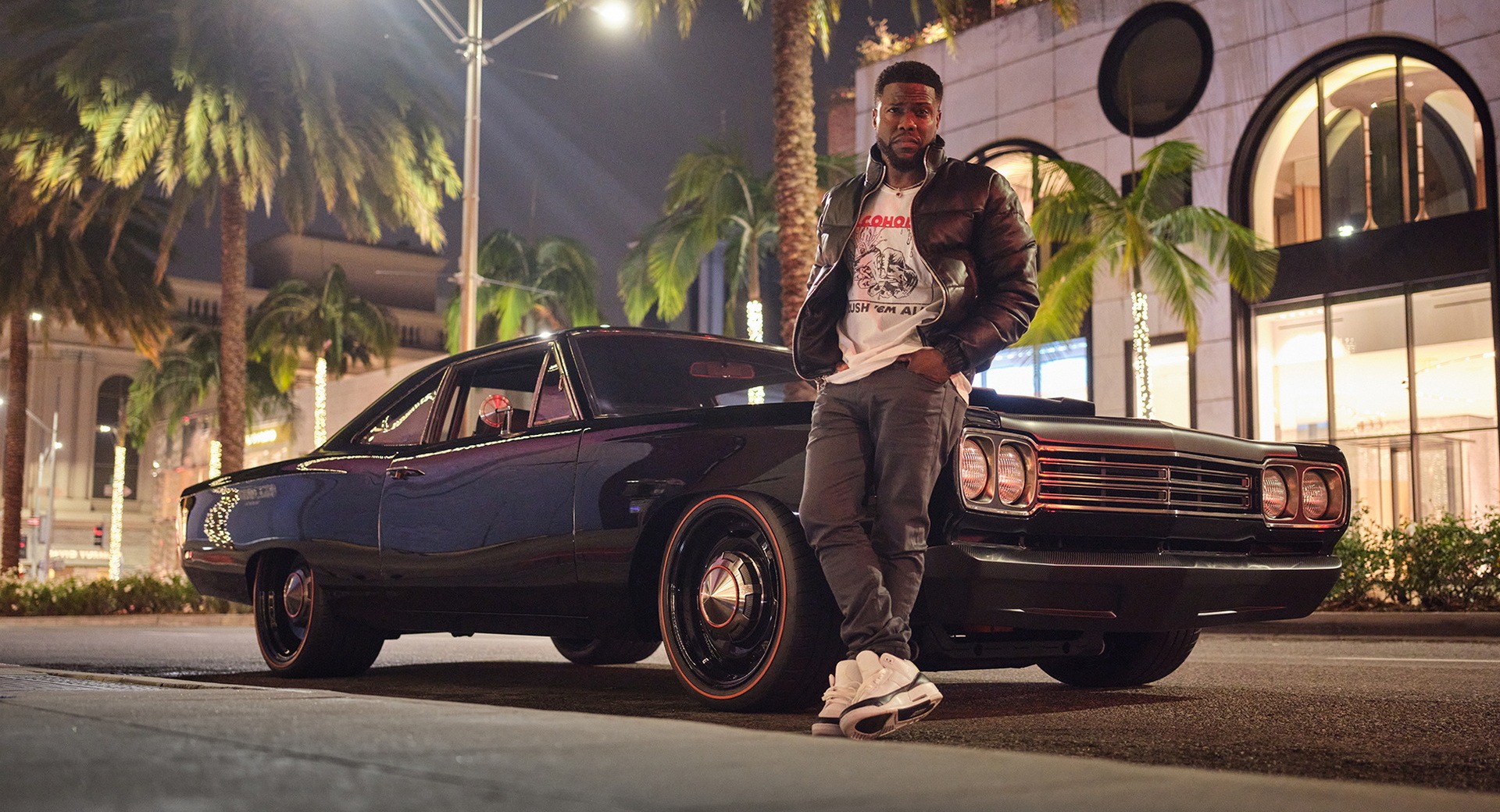 Kelvin Hart loves what he drives. One thing you cannot but see in his garage is a plethora of muscle cars. He loves them and doesn’t shy away from flaunting them online. His latest acquisition is a restored 1969 Plymouth Road Runner that was modified by Wisconsin’s Salvaggio Design. according to report, the classic car got its inspiration from a Halloween franchise.

The vehicle is fitted with a 426ci Hemi V8 engine, which was based on the specification made personally by kelvin Hart. The restored car is seen as a link between a Demon and a Hellephant, the engine features a Winberg crank, CP pistons, the camshaft and ported heads from a Demon, Holley Dominator EFI fuel injection, a Magnaflow exhaust, and a 3.8-liter Whipple supercharger painted Orange Candy satin. Running on California 91-octane fuel, it’s capable of producing a powerful 940 horsepower.

Kelvin actually asked that the engine to be hooked up to a Tremec 6060 6-speed manual transmission that was fortified to handle the power under the hood. It goes to a custom fabricated rear-axle assembly that uses a 9-inch center section and 3.70 gear ratio. The Plymouth is based on a modified frame of Salvaggio’s own design, which turned out so well they’ll be offering it as a separate product henceforth.

Similar to what you will find on its wheels, the body has been created to retain the charm of the ’69 Road Runner but lots of work has gone into shaking it all up. The designer claims that only the door, fender, roof, doors and rear quarter panels are original. Other components have been replaced and restored.

The door handles and the mirrors were fabricated out of billet aluminum and made to look sharp and feel good in the hand. The grille, too, is made of billet aluminum and it was designed to take the true design. The seats are Recaros up front and are finished in custom Italian leather. The upholsterers at Gabe’s Custom Interiors also incorporated slasher movie design elements, with the orange splatter effect on the black seats.

When the seats were all done, there was enough leather left over to make Hart a pair of custom Nike sneakers. These were made by Rey Marquez of Reymar Footwear, who also created a belt and a wallet out of the leather (and some carbon fiber) to allow the new owner to match his car.