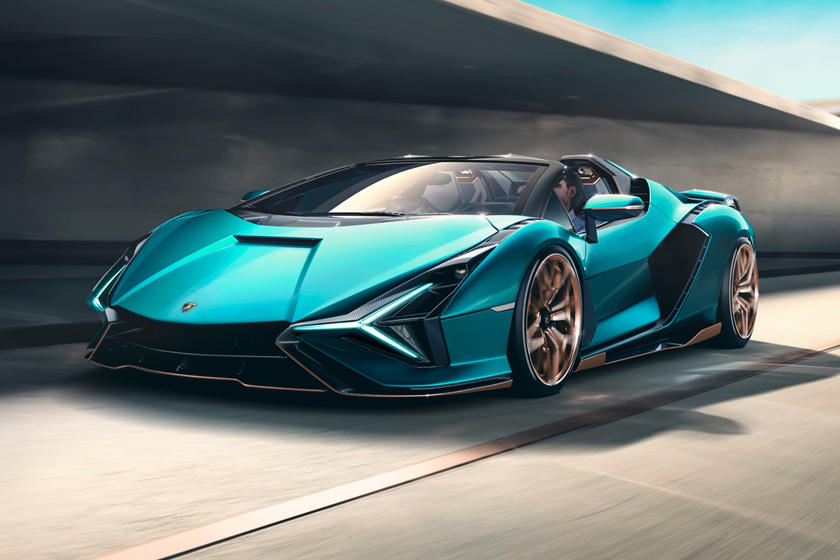 The Italian carmaker has made an exciting announcement prior to the release of its two new V12 models in 2021. This information was revealed after Lamborghini’s end of the year financial results for year 2020.

This means that the Lamborghini Huracan STO will be joined by two new models, based on what the statement says. Unfortunately, the company isn’t ready to give up the full information about the forthcoming V-12-based models.

It is a possibility that the set-to-be-released models will be inspired by the design platform of Aventador. Around August 2020, an unknown Aventador was seen without the regular engine cover, but with only carbon-fiber and an X-cross member at the top of the engine. The prototype featured a distinct diffuser and rear bumper, an exhaust setup like the one on Aventador SVJ and 2 hood pins on the engine cover.

Despite having a cue about the possible model we should be expecting, we nearly forgot about the other model, which we have no clue about. One convenient guess is that it will be a one-off model, specially requested by one very rich buyer, just like the powerful SC20.

Also, there are speculations that the company is thinking of celebrating the 50th anniversary of the Countach prototype that was unveiled at the Geneva Motor Show in 1971, with a special edition of this Aventador, limited only to 100 examples. We are sure looking forward to what Lamborghini is coming up with this year.